Between them the top 25 charities on the list raised more than £139 million from their mass participation fundraising events last year. 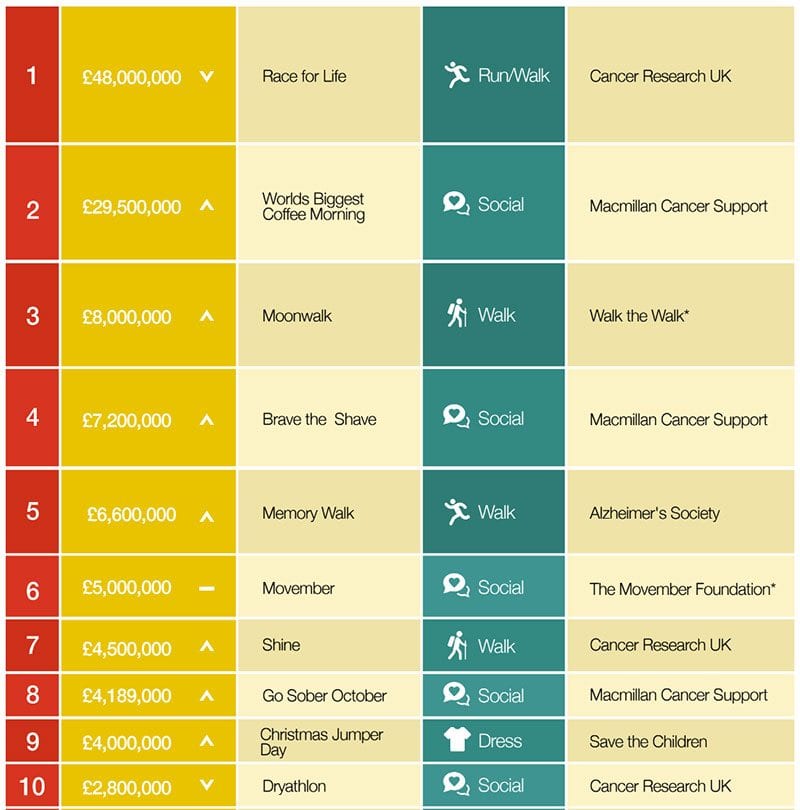 The figures and ranking in the report are based on gross income reported for 2016 by the charities except for Moonwalk, Movember and Jeans for Genes where Massive made estimates.
Cancer Research UK and Macmillan Cancer Support together ran 11 of the top 25 biggest events, accounting for just under 75% of the total income.
[youtube]https://www.youtube.com/watch?v=6N6zeXWH3bQ[/youtube]


Which events are growing? 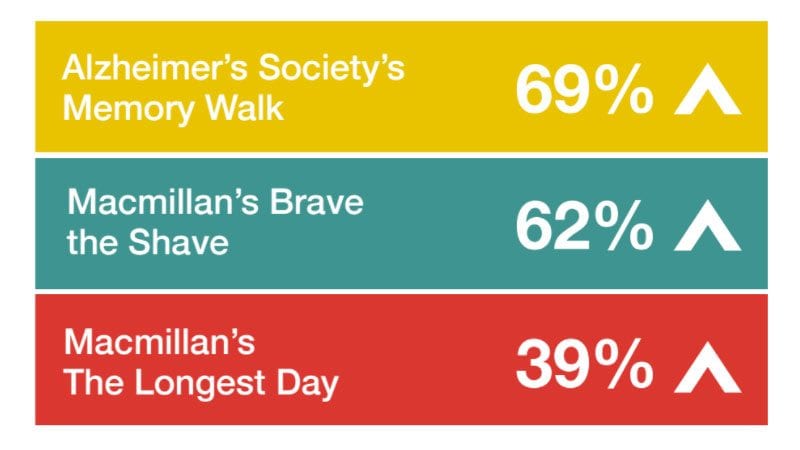 Although Race for Life is a long way ahead of the World’s Biggest Coffee Morning in terms of income, CRUK’s events experienced a 7% drop in income, while Macmillan’s increased by 18%.

The top 25 events do not exclusively involve physical challenge or endurance events. They included:

The rise of virtual events

The research demonstrated the rapid rise and success of some virtual events. This new approach to mass participation events invites participants to join in at a time that suits them, usually over a period of several weeks, rather than travel to a particular location on a specific date.
Participants track their progress online, aiming to reach a certain distance target or beat other participants or teams.
Three virtual events made it into the top 25 list this year:

Those are significant achievements but Massive’s report confirms that these events are currently far from overtaking live mass participation events.
Other charities outside the top 25 have launched virtual events involving cycling, walking, swimming and running. These include:

John Tasker, from Massive, said the amount raised from both charity owned and third-party sports fundraising events in the UK had risen during 2016. Indeed, this was the third year in a row in which fundraising income from events had grown. Furthermore, income had grown faster in 2016 than in 2015.
He added: “While almost a third of the Top 25 events are more than 10 years old and account for 76% of the income, innovation continues to drive growth.
“Ten of the events in the top 25 have been created since we started the survey in 2012 and although they account for only £25 million, their income is growing, while income for the older events fell last year.” 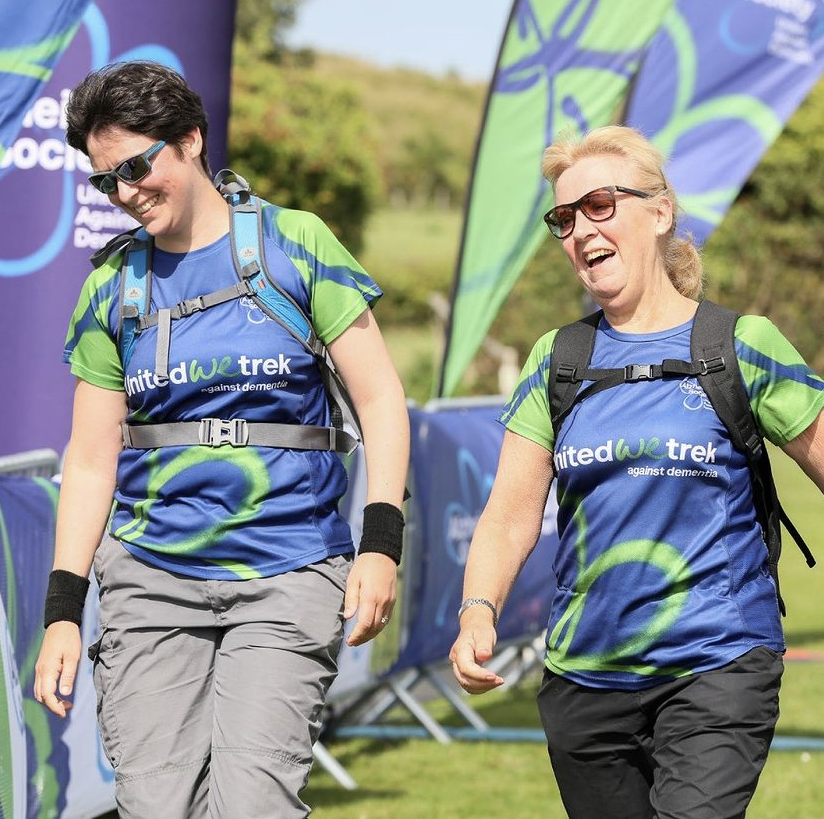 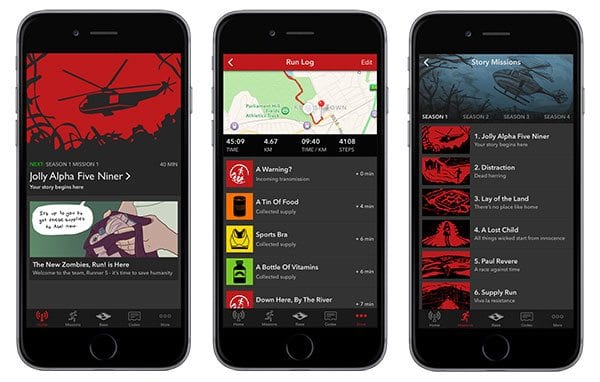