The charity collections that take place throughout the Proms at the Albert Hall will this year take place online, say the volunteer organisers.
The 2020 season of the Sir Henry Wood Promenade Concerts, in association with the BBC, starts this Friday, 17 July. Due to COVID-19, with social distancing restrictions in place, the season will be very different this year, with a limited  number of live performances.
During an ordinary BBC Proms season, almost every concert is followed by a collection for musical charities. On your way out of the Royal Albert Hall, you would meet the volunteer collectors with their yellow buckets inviting you to make donations to the charities chosen for that season.
In 2019 the campaign raised a record-breaking final total of £121,842.95, including contactless giving terminals as well as buckets for cash.
Since there will be no audience in the hall this Summer, the trustees of the Promenaders’ Musical Charities have decided to hold an online-only collection for the duration of the season. 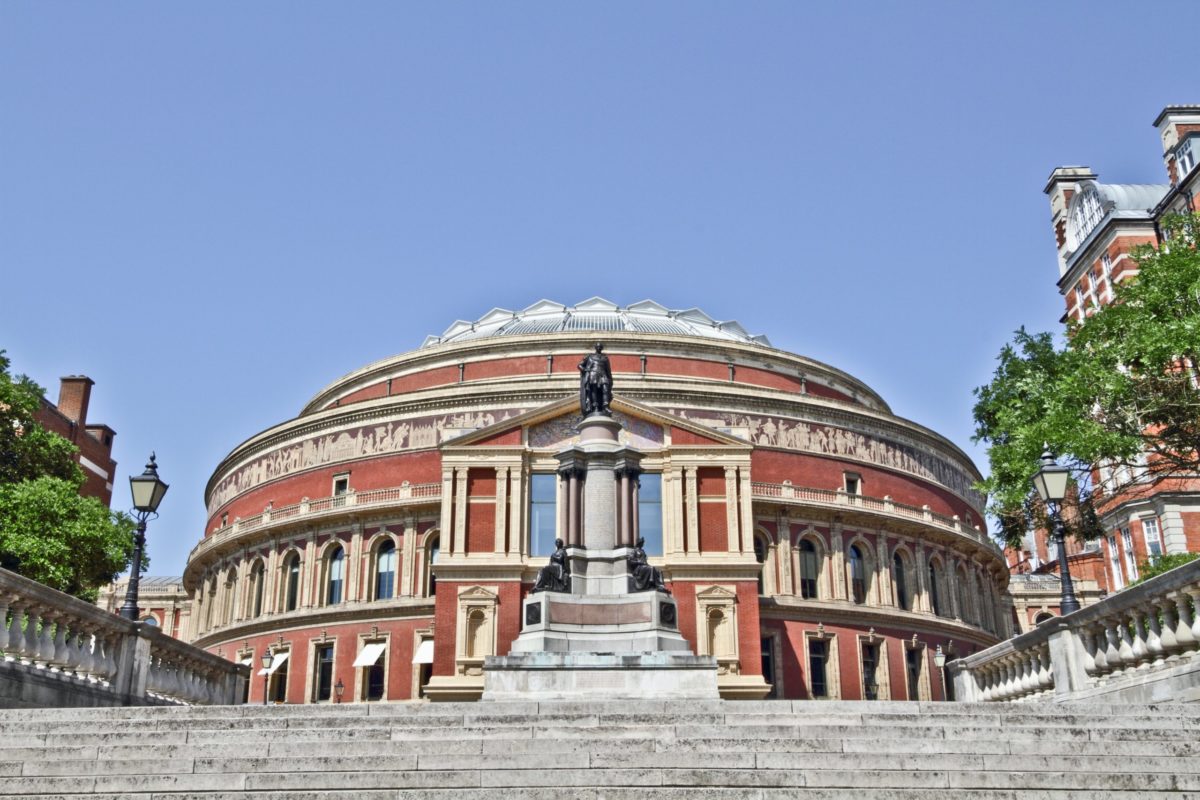 The collection will benefit two charities, Help Musicians and CLIC Sargent. They have set up separate JustGiving pages for each charity. Donors are welcome to donate via cheque or CAF cheque, with details of how to do so on the Promenaders’ Musical Charities’ 2020 season page.
The funds raised for Help Musicians will support the charity’s COVID-19 Hardship Fund. Musicians get most of their work on a freelance basis, which has almost entirely dried up. Many have found that they do not qualify for the government support schemes, so have had to apply for Universal Credit or other benefits which may still leave them in considerable financial difficulties.
So far six donors have given £580 towards the initial £5,000 target.
The funds raised for CLIC Sargent will fund their music therapy work with children and young people with cancer (and their families). This work had to be suspended in the early part of the pandemic, but these donations will help remobilise the service, potentially moving to an online service, depending on what restrictions remain in place within hospitals.
At present, and this is before the Proms season has begun, three people have given £330 towards its initial £5,000 target.

In recent years the Promenaders’ Musical Charities have supported three additional charities each season beyond the two core charities. This year the charity had just carried out the shortlisting exercise when lockdown began. Its trustees therefore currently plan to roll the shortlisted charities’ applications over to 2021, assuming that they are still looking for funding for the relevant projects.

The first collection organised by Prommers was made in response to the death of Sir Malcolm Sargent in 1967. A collection in his memory by Prommers was used to buy flowers for the conductor and orchestra to wear at the Last Night of the Proms in 1968.
With money left over, this was donated to the Sir Malcolm Sargent Cancer Fund for Children and the Musicians’ Benevolent Fund. From this first collection has grown an annual collection throughout the Proms season, benefiting at least these two core charities, now CLIC Sargent and Help Musicians UK.

Relive 4 decades of outstanding concerts from the #BBCProms.

We’re bringing you 6 weeks of some of our greatest performances and 2 weeks of special concerts live from the @RoyalAlbertHall.