Star Wars fans will have the chance tonight to win a brand new Landspeeder inspired by the first ever Star Wars film, A New Hope. The item was was designed and created by inventor Colin Furze, and made entirely of items sourced on eBay.
This unique version of the Landspeeder will be unveiled for the first time tonight at 7.30pm by Graham Norton on Children in Need Live. It will be available “for Star Wars fans across the galaxy” to bid for on eBay at the same time until 20th November, “with all proceeds going to Children in Need”. 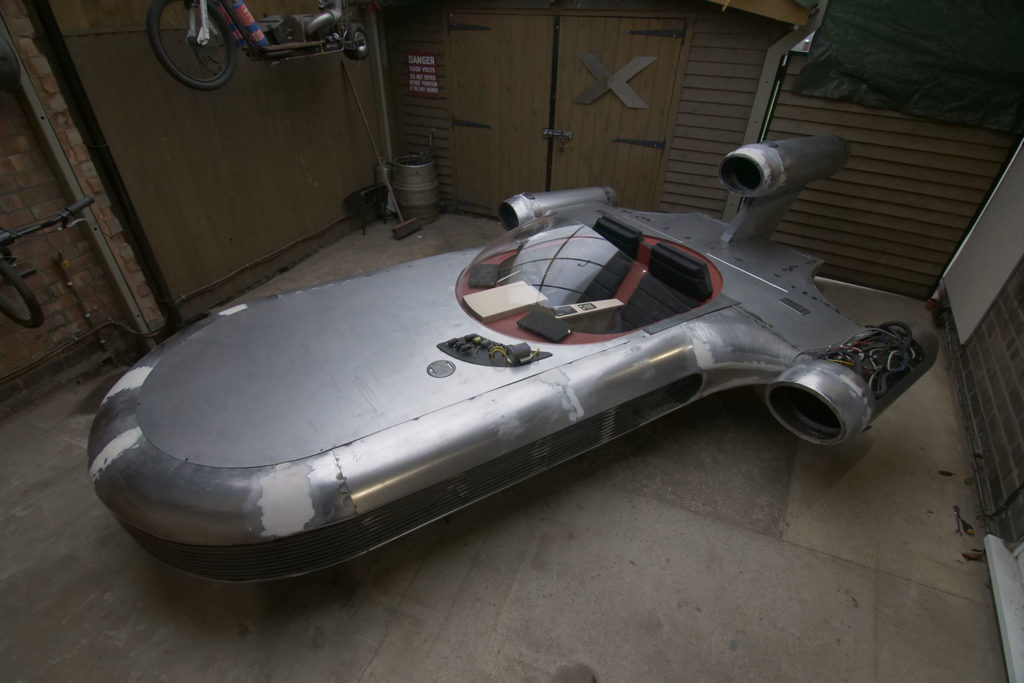 YouTuber, stuntman and inventor Colin Furze has already created a Tie Silencer and an AT-AcT to celebrate the last two Star Wars films. This year he was challenged to recreate the iconic Landspeeder to celebrate the release of Star Wars The Rise of Skywalker.
He explained: “Myself and eBay have teamed up again to complete our trilogy of Star Wars builds, from the AT-AcT to a full size Tie Silencer we are finishing off with Luke’s iconic landspeeder from the original film. The base vehicle and many parts have been sourced from eBay, the key source in any galaxy.”
The auction of the Landspeeder begins as Graham Norton announces it shortly. 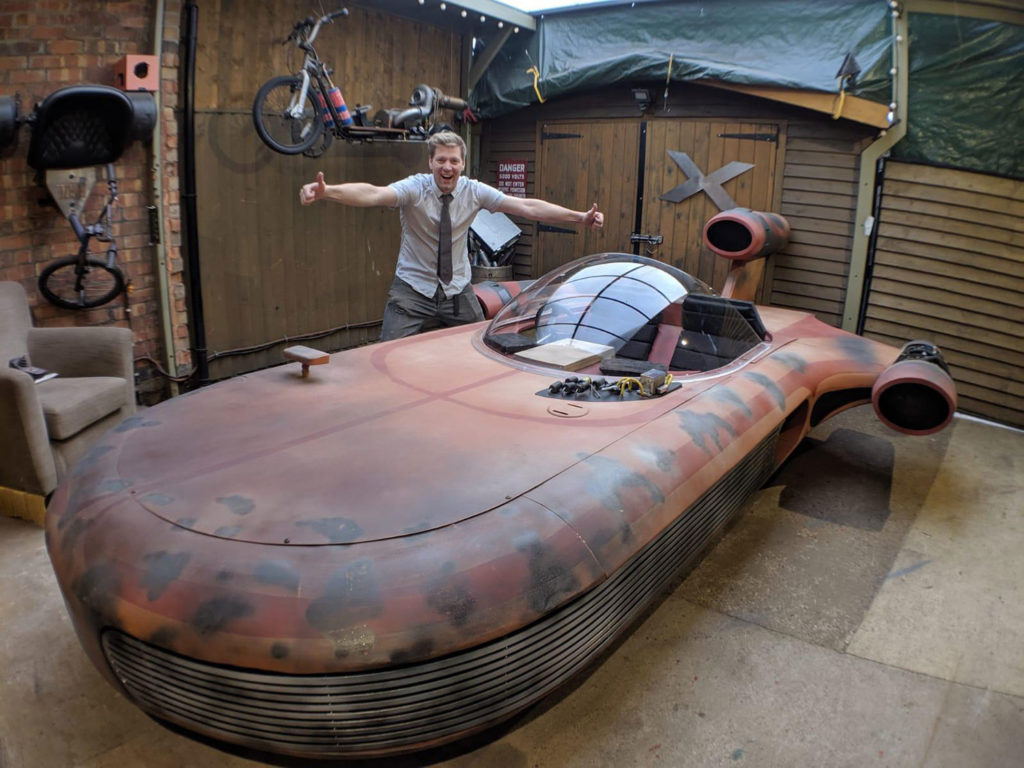 Colin Furze with his Landspeeder

eBay for Charity harnesses the power of eBay’s community of 183 million members to raise money for charitable organisations. Through the programme: