What’s different about legacy fundraising in the UK to what happens in Australia? A lot!
I recently returned from a study tour in London, organised by Include a Charity, Australia’s equivalent to Remember a Charity. Over four days, my six fellow legacy fundraisers and I had the chance to attend the Institute of Fundraising’s annual Legacy Conference, meet with specialist legacy fundraising professionals and visit charities doing great work in this area.
Not surprisingly, many UK charities have been operating for much longer in the legacy space and have a more accomplished track record than Australian ones.
My first observation? There is a much stronger infrastructure around legacy fundraising in the UK, with more ancillary services to support charities in greater depth, than what we currently have in Australia. For example, there’s a unique notification service that lets charities know if they have been named as a beneficiary. This is quite different from the Australian experience where we don’t get told about our entitlement to legacies until much later in the day. We rely on being notified by executors and solicitors, who often don’t prioritise charitable beneficiaries or see the need to engage with charities during the estate administration process.
There is also more in-depth, legacy-specific research happening in the UK. Recent studies we heard about looked in detail about why supporters are not letting charities know about their plans to leave bequests. This resulted in a thoughtful discussion about whether the same was true with Australian supporters and how we can overcome some of these barriers.
There was an interesting debate happening amongst legacy-specialists about how charities should become increasingly aware of the way that they communicate and engage with people who have pledged to leave legacy gifts.
I was also pleased to discover that many UK charities have been taking on board the lessons of internationally respected academics like Dr. Russell James. His advice to fundraisers to encourage donors to consider their symbolic immortality and use accessible language is being applied to the majority of UK legacy fundraising that we witnessed. In Australia, we’re still trying to adopt and adapt this research into the psychology and motivations for supporters to include bequest gifts in their wills.

One area where Australian fundraisers need skilling-up is around the complexities of estate administration. In the UK, professional development and standards can be obtained through the Institute of Legacy Management, a body for which there is no equivalent down under.
With the charities I visited, I noted fundraisers were often divided up into more specialist areas like direct marketing, acquisition, retention, digital engagement, community events, and estates administration. The resourcing of legacy programs featured a level of professionalism that is not as widespread in Australia and tends to be the reserve of the bigger Aussie charities or global organisations like Cancer Council Australia, Australian Red Cross, Heart Foundation, Oxfam and UNICEF who have teams with more specialist legacy fundraising skills. In the UK, there is recognition that to have a successful legacy programme, you need, at the very least, a direct marketing specialist, a supporter relationship manager and an estates admin person!

On the legacy marketing front, I learned that October was Free Wills Month for the over 55s and many UK charities offer a free will-writing service to donors to inspire more charitable legacies.
It’s a very smart marketing tool, but not something we do a lot of in Australia. We have a more fragmented will-writing landscape and our multiple state-based legislation inhibit national approaches. It’s something I would look to explore in my next fundraising gig!

At the IoF Legacy Conference, I discovered UK legacy fundraisers are doing a massive amount of work around the internal promotion of legacy fundraising to all staff within their charities; not just their fundraising departments.
For many UK charities, new employees are given training upon induction, so they can confidently have a conversation about legacies or at least be able to articulate their importance to potential supporters. It’s a great way to create an army of legacy ambassadors for the cause!
This widespread creation of legacy ambassadors was highlighted by the UK’s Dr Claire Routley when she spoke to the Australian fundraising sector during Include a Charity Week, and I think many astute Australian charities will soon follow suit.

Rising to a challenging regulatory environment

I wanted to know what challenges my UK counterparts were facing in the tighter regulatory environment that has prevailed since the government clamped down on charitable fundraising over some high-profile questionable techniques and the EU General Data Protection Regulation (GDPR) came into force.
Fundraisers told me they now face enormous challenges in communicating with the number of supporters that they used to reach out to via traditional methods like email, phone or direct mail. However, they have managed to overcome obstacles in acquiring new audiences and retaining existing supporters by creatively using above-the-line advertising. As a result, the topic of charitable gifts has become more widespread in the public domain.
Overall, the UK offers a far more sophisticated approach to above-the-line legacy advertising, donor engagement and legacy messaging than we have developed to date in Australia.
Many UK charities are now urging their agencies to create more daring, braver legacy adverts that break the mould. In contrast, legacy advertising in Australia remains more traditional and conservative. But I think this will change as we are exposed to the new creative approaches being adopted by UK charities.

Legacies are going global and digital!

We learnt that many of the charities that work globally like Greenpeace, Oxfam, Amnesty, Save the Children and UNICEF are sharing their creative legacy campaigns with local offices around the world and we’re sure to see a blossoming of good above-the-line legacy advertising in Australia.
I found even the smallest UK charities were also incorporating digital channels to drive interest and marketing of gifts in wills. That was one of my biggest takeaways from this trip: Australian charities need to invest more in digital and social to drive legacy conversations.
Increasingly, the over-60s are online and spending considerable time on social media, so we should be there too!

Australians are better at stewardship

While UK legacy marketing is ahead in many respects, my colleagues and I are confident that Australians are better at donor stewardship and engagement of our existing supporters.
That’s perhaps a factor of scale — with a few thousand Australian supporters as opposed to trying to remain closely connected with tens of thousands of people in the UK. We felt we are more effective in having personalised, genuine, supporter engagement and keeping people more directly connected to the cause.
We observed there was more reliance in the UK on direct mail mass market activities to convert and inspire; whereas, in Australia, fundraisers are still able to use more individual touch points like phone calls, personal visits and small-scale events to have direct conversations.
However, if closer scrutiny and stronger government regulation on charity communication are imposed on the Australian fundraising sector (and it is being proposed by some politicians), it will massively affect how we approach our donors. We may find that we will follow the UK’s example of turning to use more mass, above-the-line advertising campaigns to promote legacy giving.

During the study tour, my colleagues and I visited some charities that were doing great work in legacies (Marie Curie, Cancer Research UK, Princess Alice Hospice, UNICEF, Cats Protection, and RNIB). This way we could personally learn more about their approaches to legacy fundraising.
All of the charities we visited were extremely generous with their time and their sharing of knowledge.

Legacies: a vibrant part of the UK charity landscape

Legacy fundraising is embedded in the psyche of UK charities and is a vibrant part of the charitable landscape. Generating £3 billion annually (vs £435 million annually in Australia), its importance is unquestionable. The justification for investing in and having a robust legacy fundraising program has well and truly taken place in the UK.
Not every charity in Australia has accepted this premise and we’re behind in recognising the opportunity and investing in legacy fundraising; whereas, in the UK, you’re now saying: how can we make our legacy fundraising even better?
Next February I’ll be presenting my study tour findings at Fundraising Institute Australia’s annual conference. I’ll be urging my peers to get their leaders and boards to put legacy fundraising on the agenda and to give it more energy and investment.
I’ll be calling for more specialist skills development, career support, internal legacy ambassador programmes and for better storytelling campaigns so that more Australians can discover legacy fundraising and realise its importance. You can bet if we adopt the UK’s attitude and appetite for investment in legacies, we’ll see many more Australians including charities in their wills in the future. 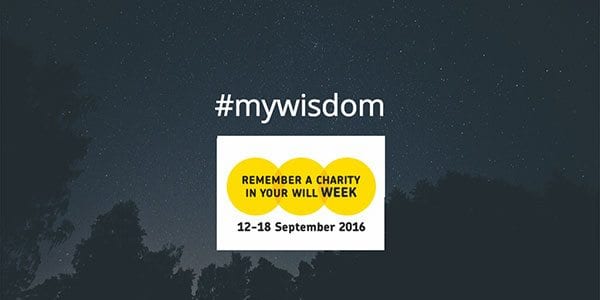 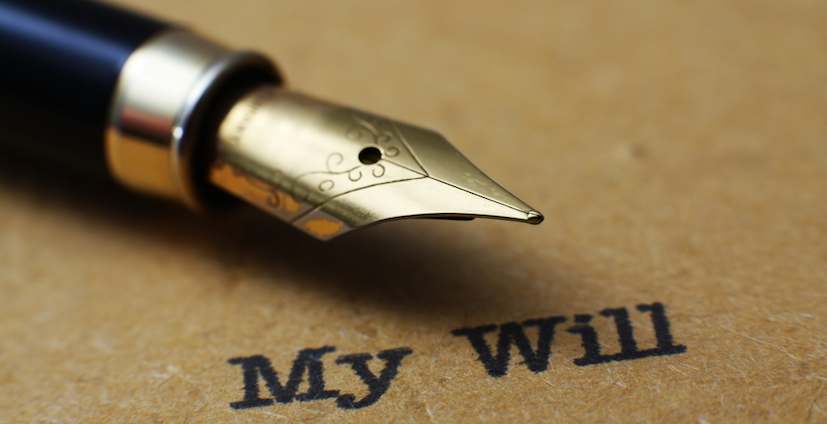 What happens to Wills? 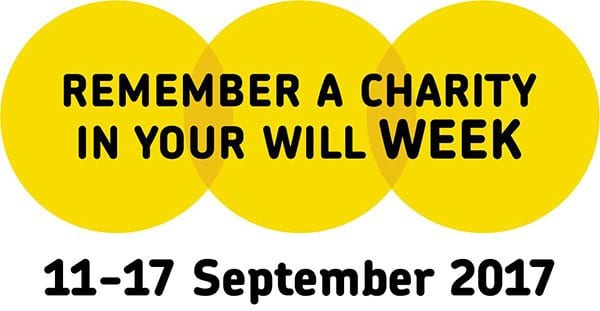 Are you ready for Remember A Charity Week?