BBC Radio 2 auctions in aid of BBC Children in Need have raised £894,000, including a record £250,000 bid by Martin Ainscough from Wigan for Aled Jones and Katie Melua to perform at an event in Manchester.

Sir Terry Wogan, who is hosting tonight’s BBC Children in Need telethon, described Wednesday’s result as “the most amazing, the most wonderful day I’ve ever had on radio.”

Radio 2 drivetime presenter Chris Evans’ auction raised £231,019. He invited listeners to bid for the chance to join him for a game of golf and have dinner cooked by Georgio Locatelli afterwards.

Children in Needs online auction at eBay.co.uk has also raised £19,000 so far. Lots on offer include Rio Ferdinand’s football boots, an experience with the BBC Weather team, a signed Doctor Who prop, and lots of Pudsey Bears signed by stars including Nicole Kidman, Take That, The Spice Girls, and Lewis Hamilton.

Royal Ballet dancer to raise money for Hospices for Hope 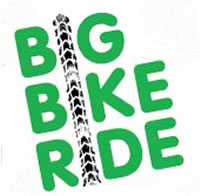