Chris Rankin and Lynda Till, vice-president of NCH, introduced the film and the
charity before the screening of the third instalment of JK Rowling’s popular ‘Harry Potter’ novels.

Prior to the screening, guests were invited to a magical party with face painting and performances by NCH Vice President Fay Presto and her team of magicians. Guests were also able to grab an autograph or photograph with Chris Rankin and the other celebrities present.

The NCH screening was made possible due to support from Mark Butler Associates, Odeon Cinemas and Warner Brothers. NCH has developed consistent support from the film industry, with a number of recent charity premieres and screenings held in aid of the charity, including ‘Italian Job’, ‘Nicholas Nickleby’ and ‘Hulk’. Forthcoming events include preview screenings of ‘Shrek 2’ and ‘King Arthur’. 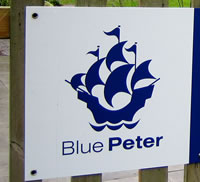