From GB Railfreight’s partnership with Prostate Cancer UK, STRYKK’s with Movember, and Box Power’s support for 24 charities, here’s a round up of recent corporate partnership and fundraising news.

GB Railfreight (GBRf) has raised more than £147,000 for its charity partner, Prostate Cancer UK, following the success of its charity railtour, ‘GBRf 2021’. Having departed London Victoria on Thursday 2 September, the four-day charity charter travelled across different parts of the UK rail network, finishing at London Paddington on Sunday 5 September. Organised by GBRf’s charity railtour team, Paul Taylor, Ian Grey and Dale Williams, ‘GBRf 2021’ was the company’s third 4-day railtour, having raised over a quarter of a million pounds from its previous two marathon charity charters. In total, ‘GBRf 2021’ raised £147,215, which will go towards supporting Prostate Cancer UK’s mission to stop the disease limiting lives.

Accountancy firm, Menzies LLP has exceeded its fundraising target of £50,000 for Macmillan Cancer Support  after two years of CSR activities.  The firm has been working with Macmillan since the start of 2020.  Alongside Macmillan coffee mornings, some of the fundraising activities undertaken across the firm included a “Cyberhood Watch”, which involved fining employees for common scenarios on video calls, such as being interrupted by a family member, or being on mute unnecessarily. People also took part in charity walks and runs, including the London Landmark 10K, and a 100km dog walk, which took place throughout November. To push the total over the £50,000 mark, fundraising activities will continue through the month of December.

Habitat for Humanity Great Britain (GB) has partnered with Blackstone Real Estate on the charity’s ongoing Empty Spaces projects in London’s Borough of Barking and Dagenham. Empty Spaces converts empty commercial spaces into affordable homes for vulnerable groups facing homelessness. Blackstone Real Estate’s first commitment is to support the redevelopment of a vacant unit that has been empty for two years. It will be converted into four bedsit rooms with ensuite bathrooms and a large, shared living, dining, and kitchen area. Blackstone will also share its expertise and sector knowledge with Habitat for Humanity GB to help it tackle the undersupply of social housing in London.

Persimmon Homes has awarded more than £1million to groups supporting under-18s as part of its Building Futures campaign. Three top prizes of £100,000 were handed out to the overall winners in each category – sport, health and educations & arts. These went to Wotton Community Sports Foundation for sport, The Children’s Hospital Charity for health and Change of Scene for education & arts. Three second-place runners-up received £50,000 each, and three third-place finishers £20,000. A total of 96 organisations were shortlisted and the winners were decided by a public vote, which attracted more than 200,000 votes. The remaining 87 finalists that did not win one of the main prizes each received £5,000 to help with their work.

Renewable energy firm RWE has reached a major milestone of investing £25 million over 20 years into communities that live near its UK projects. The investments, from Community Benefit Funds set up by RWE alongside its operational onshore and offshore wind farms, will invest an additional £70 million in support of local initiatives, throughout their lifetime. Across the UK, the funds have already supported First Responders saving lives in Lincolnshire; the RNLI in North Wales and Norfolk for training and equipment to save lives at sea; help for homeless people finding a safe place to stay; training for the jobless to gain new skills and access well-paid jobs; and supported the most vulnerable in communities, by funding initiatives that provide companionship and aid mental health.

Post Office is supporting people who may face poverty this winter by donating 1p to the Trussell Trust for every cash withdrawal made over the counter in any of its 11,500 branches. This donation will help to provide vital services such as food bank provisions and financial guidance to help families reduce the impact of increasing household bills and unexpected costs this winter. With over 1.5m over the counter cash withdrawals every week, Post Office hopes to raise £250,000.

Transport for London (TfL) has been encouraging Londoners to donate unused Oyster Card credit, as part of a charity appeal for vulnerable children for Rail Aid Month. TfL has supported Railway Children for many years by enabling customers to donate Oyster cards that are no longer required in donation boxes located on the network, such as at Heathrow Airport, reported the Waltham Forest Echo.

Law firms and barristers’ chambers up and down the country have raised over £130,000 for Breast Cancer Now. The charity’s annual cycling challenge, Tour de Law, which is the largest cycling event in the legal sector, sees lawyers in lycra race to clock up as many kilometres as they can over a week in a bid to raise vital funds, as well as be crowned Tour de Law Champions. This year, Tour de Law took place in virtual format, with participants taking part on road bikes, static bikes at home or in the office, or in the gym, with participants tracking their distance through Strava.

Integrated, independent agency CreativeRace has partnered with London Youth Rowing’s (LYR) three-time Olympic Rowing Gold Medallist Andrew Triggs Hodge OBE, in a fundraising initiative for LYR. CreativeRace developed the concept for the inaugural Centurion Corporate Challenge, and on 18 November, CreativeRace’s 20-strong corporate team completed the event by rowing 5km each as a relay in its Leeds offices, in a time of 7 hours 56 minutes 30 seconds. Plans are underway to expand the initiative across the region and beyond, supported by the introduction of a full-time LYR coach to be based in Leeds, as part of LYR’s Active Row programme.

A partnership between Tennis Scotland and Tennis for Race Against Dementia (Tennis4RAD), has raised funds through a pilot of tennis-based fitness classes, in support of Sir Jackie Stewart’s Race Against Dementia charity. Designed to encourage exercise through tennis, the initiative aims to advance Tennis Scotland’s vision of opening the sport to the wider community through accessible and enjoyable activities, whilst raising awareness and funds for Sir Jackie’s charity. Launched on 1 September, the ten-week pilot course engaged with 20 participants aged 50-74 from differing tennis backgrounds, ranging from complete beginners to recreational players. In addition to contributing to the cognitive health of participants, the donations of attendees also helped raise over £2,000.

STRYKK was recently announced as one of this year’s corporate partners for Movember, amongst household names such as Pringles, Gilette, L’Oreal Men Expert, Lamborghini, KP Nuts and Mr. Porter. STRYKK is taking a three pronged approach in helping to raise both money and awareness for the charity, including a giveaway with prizes that money can’t buy, an interactive Instagram filter and a content mini-series focusing on all things men’s health and mental health.

Bolton-based social enterprise Box Power has given £800,000 to 24 across the North West. Box Power donates all of its profits back into the community and seeing the impact of the pandemic on charities, opened funding applications back in June of this year to help. Over 200 charities applied, with 24 selected, including a number of hospices, including Bury Hospice, Bolton Hospice, and Hope House Children’s Hospice in Oswestry, and charities, including Bolton CAMHS, Jigsaw in Bury, SeeAbility in Manchester, and Barrow and Districts Society for the Blind in Cumbria. 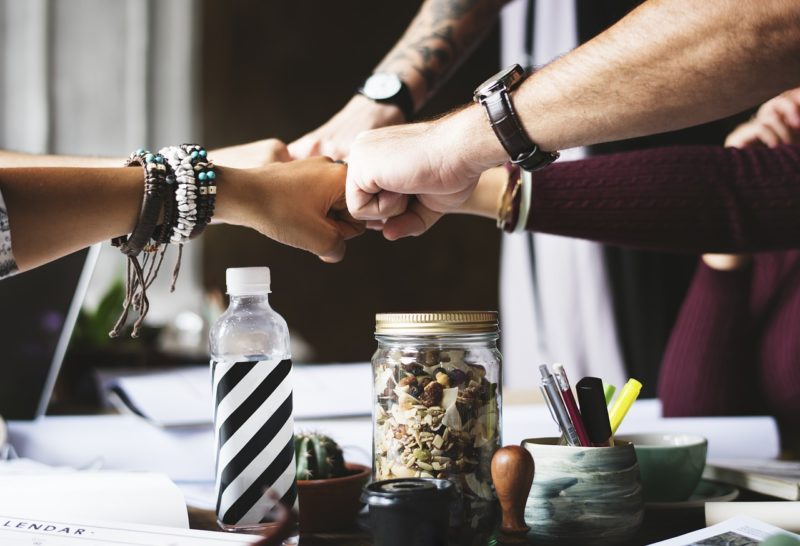 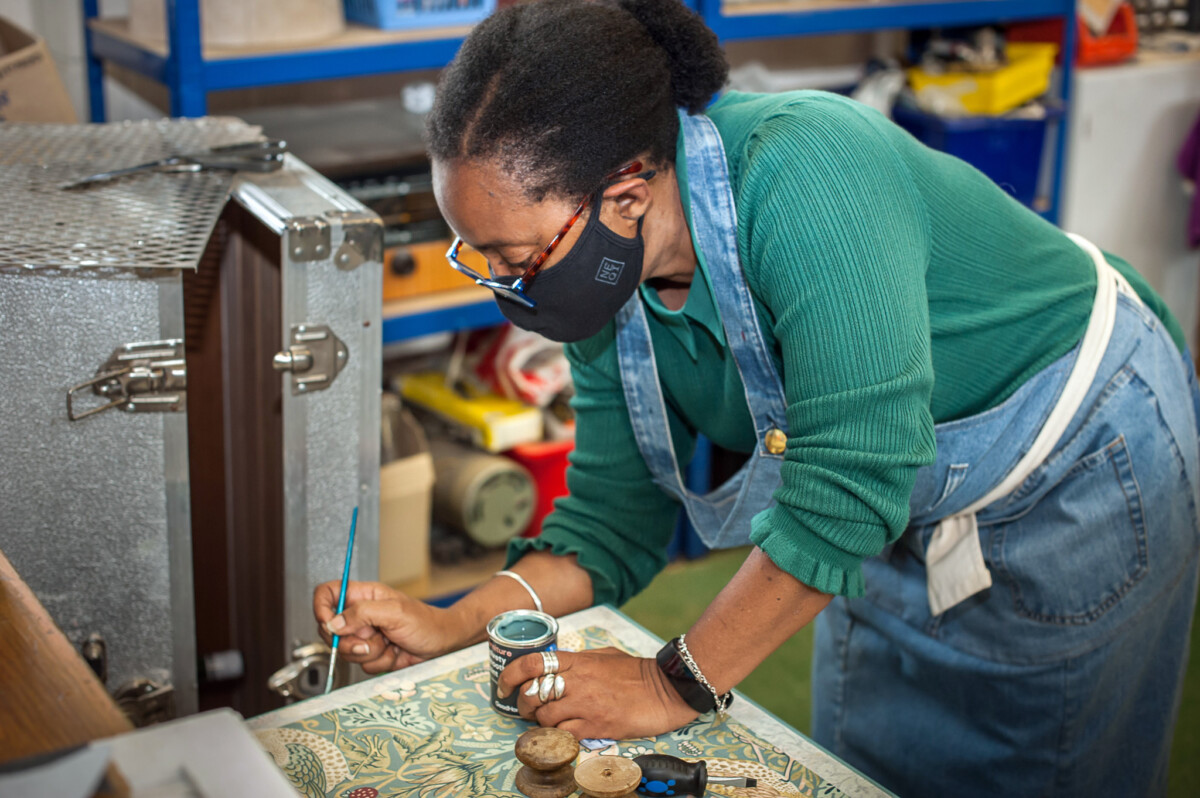