Harrods has opened its Fashion Re-Told charity pop-up shop for a second year this month, once again raising funds for NSPCC.
Between 2 May and 2 June, Harrods is hosting the pop up of designer brands, in a retail space donated by Howard de Walden Estates in Marylebone.
The pop-up space has been designed and created by Harrods and is inspired by an English summer garden. The store features a floral entrance designed by luxury florist Flowerbx and scented by NSPCC supporter Jo Malone London.
Fashion Re-told is staffed by Harrods and NSPCC volunteers, and sells curated edit of new and preloved designer womenswear, menswear, childrenswear and accessories donated by brands such as Stella McCartney, Chloé, Self-portrait, Calvin Klein and Ralph Lauren. 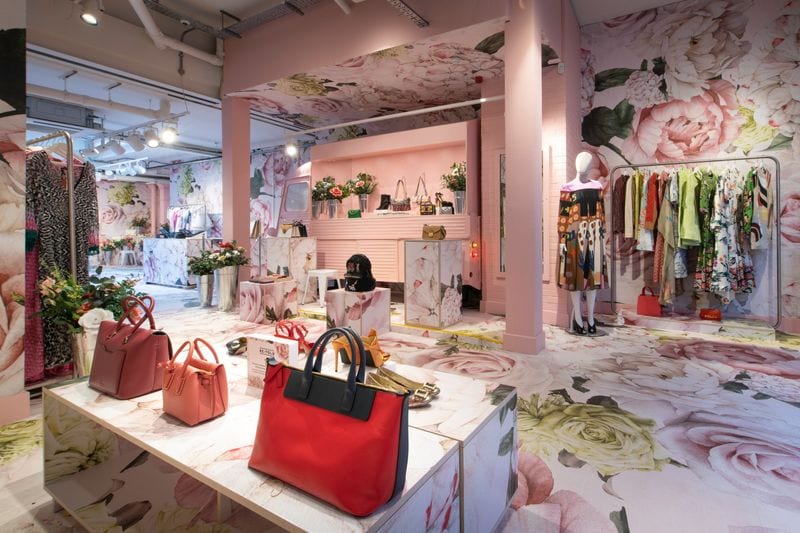 The shop will also host pop-up events, talks and workshops for members of the public. Proceeds from this year’s Fashion Re-Told will go towards the NSPCC’s work in the capital, helping to fund Childline, Speak Out, Stay Safe, school assemblies and NSPCC service centres. Last year’s inaugural Fashion Re-Told in Sloane Street raised over £110,000 for the NSPCC. It is Harrods’ long-standing charity partner; together they have already raised approximately £800,000 to help fund the charity’s services in London.
Michael Ward, Managing Director of Harrods, said:

“Following the success of last year’s Fashion Re-Told, we are really excited to be working with Harrods to launch London’s most luxurious charity pop-up for the second year in a row. They continue to show a real dedication and commitment to helping children in the capital. We know that in the average primary school class, at least two children have suffered abuse or neglect – something that is unacceptable. The funds raised by Fashion Re-Told and our ongoing partnership with Harrods will help to provide vital support for children, so they don’t have to face abuse alone.”