One single banana has sold for £6,000 and three cakes for almost £40,000 at charity auctions organised by Muslim students at London universities.
The money was raised as part of Charity Week, a national fundraising initiative largely run by university Islamic Societies across the country. All the money raised during Charity Week goes towards supporting children’s projects run by Islamic Relief around the world. Projects include building schools in Mali, refurbishing orphanages in Syria and helping children to go school in Afghanistan.
Students from multiple university societies pooled their resources to bid for the banana at University College London (UCL), with fellow university students contributing to reach the final amount.
The most expensive cake was sold by UCL for £16,000; St George’s sold their cake for £14,400 and King’s College raised £8,000. 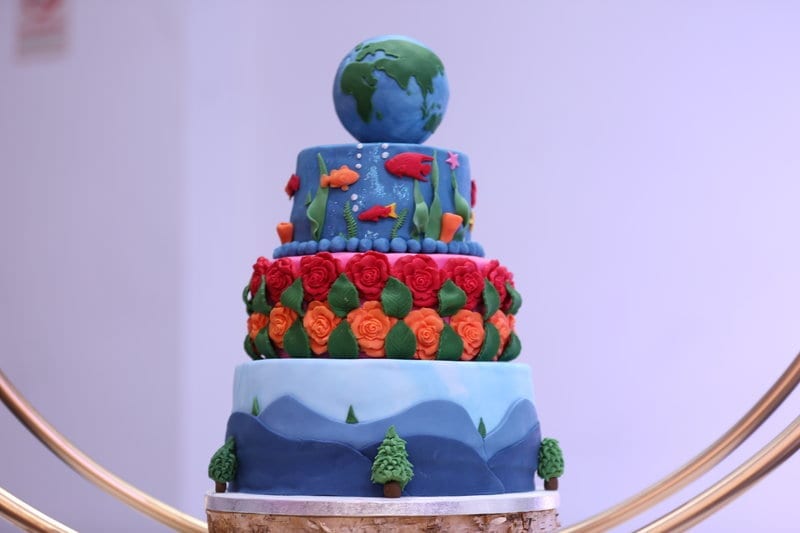 “It is amazing just how much the students have achieved together. At such a young age and during such a busy time in their schedules, they have pulled out all the stops to raise a huge amount for charity. I’m so impressed by them.”

Charity Week began as an annual volunteer-led campaign launched by a group of students in London in 2003, and has now raised over £6 million. A banana was first auctioned at UCL in 2012 and fetched £150. Last year’s Charity Week saw a banana sell for £3,000. All the money raised goes towards supporting children’s projects run by Islamic Relief in the UK and around the world. The projects include building schools in Mali, refurbishing orphanages in Syria and helping children to go school in Afghanistan.