Macmillan Cancer Support has launched its first murder mystery game, Whodunnit?, and over 3,000 people have already signed up to host the game at their homes.
Participants playing Whodunnit? will encounter and take on the role of characters such as Mrs Beetroot, the head cook and Ginny Goodtimes, a girl about town with a trail of broken hearts in her wake.
Participants receive a Whodunnit? game box with details of how to host the game, the different roles guests should be allotted, and the rules for the event. It is designed for up to eight people. 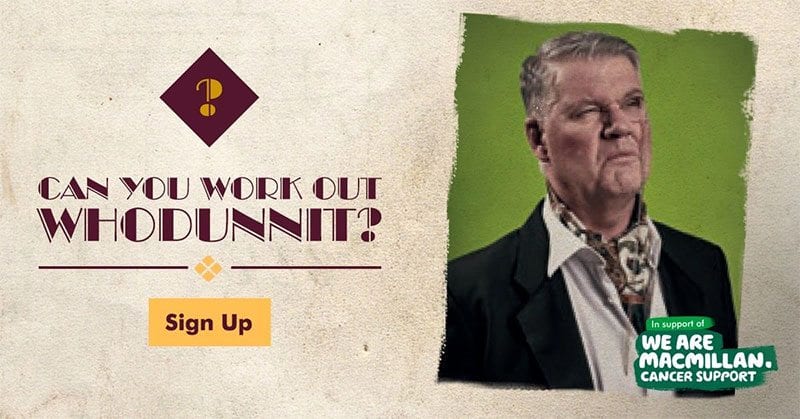 The charity is encouraging people to hold their event on 25 March 2017 but, like some other DIY charity events such as British Heart Foundation’s MyMarathon, they can host it later in the year.
All Macmillan asks is that, if supporters hold the event before 25 March, they and their guests do not reveal the detail of the murderer via social media or other channels, as that would spoil it for other participants.
Hosts do not need to pay to receive the game box, but they are invited to make a donation to Macmillan Cancer Support. Guests too will receive a request to make a donation when the host sends them their invitation for the evening, together with details of their role and suggested props and clothing. All this information is contained with the game box.

Macmillan Cancer Support of course has a long track record of hosting the World’s Biggest Coffee Morning, which raised over £27 million in 2016. Whodunnit is an attempt to provide a similar enjoyable social experience for supporters in their own homes. 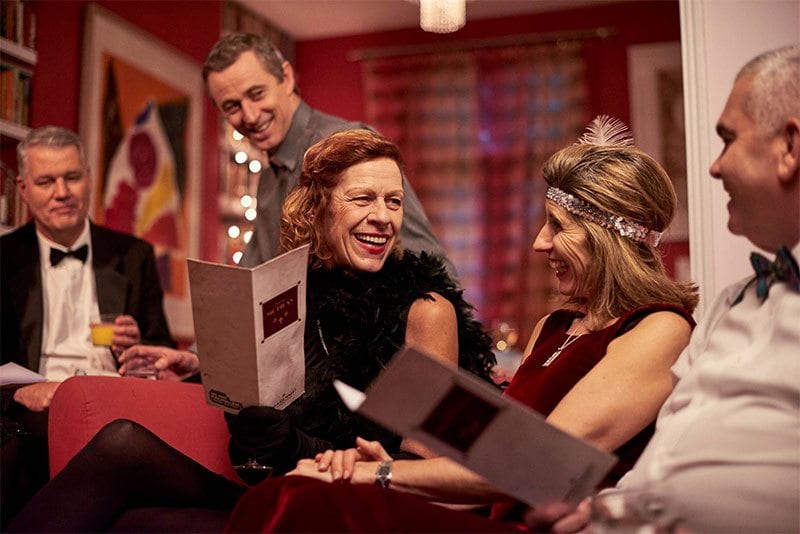 Up to eight guests can take part in Whodunnit? for Macmillan Cancer Support

The fundraising campaign has been developed in partnership with GOOD Agency. It helped design the game, the microsite which invites participants to sign up for an event pack, and a recruitment film for Macmillan’s social channels.
Reuben Turner, Creative Director at GOOD Agency said:

“From the moment we got the brief, working on this project was a ridiculous amount of fun. Hopefully that translates into thousands of supporters having a great, memorable and surprising night in for a fantastic cause. Who did it? We all did.”