Charity Christmas cards are a popular source of fundraising income for many charities. Some charities sell their own to raise funds, and some companies donate a percentage of their profits from Christmas cards to charities.

Charities have raised funds from Christmas card sales since the first half of the twentieth century. They offer a reliable, annual source of income, from a traditional item associated with family, friends, and goodwill. As well as income, they offer a chance to remind supporters of the charity’s work in the run-up to Christmas when many will choose to make a charitable donation in the season of goodwill.

Where to buy charity Christmas cards

Charities sell their cards via their high street shops, via printed catalogues and online. Some charities start promoting their Christmas products, including Christmas cards, as early as July. Designs for the coming Christmas will likely have been selected shortly after the previous Christmas, around February or March.

Since the early 2000s some charities have been offering online or ecards. Some of these involve an image and a personalised message, others include an animation accompanied by seasonal music.

These can have the triple benefit to senders of:

Some charities have developed their in-house ecard service, extending beyond Christmas to cover other occasions throughout the year such as birthdays and weddings. More, particularly smaller ones, have chosen to use specialist ecard providers for charities.

Who buys charity cards at Christmas?

While many individuals buy charity cards at Christmas, many businesses maintain the tradition of sending Christmas cards to their clients and customers. Many of these companies choose charity cards to boost their image with clients and sometimes as part of their ongoing support for a particular charity.

Ecards at Christmas have not surprisingly proved popular with companies at Christmas, given their cost savings and efficiency they offer.

How much goes to charity from the cards?

This has been a long fought campaign over printed cards. Some commercial printed Christmas card providers have been generous, but sadly plenty more have sold ‘charity Christmas cards’ yet given a tiny amount from their profits to charity.

The annual Scrooge Awards were run each year in an effort to highlight the least generous companies and to praise the more generous. They were retired in 2014 after the campaign for retailers to donate at least 10% to charity had been largely successful.

Nevertheless, there are still examples of miserly levels of support in the Charity Christmas cards sector:

“Some retailers hand over as little as 10p per pack of Christmas cards to charity, according to an investigation that reveals a huge variation in the amount given to good causes from each pack sold.:
The Independent 16 November 2015

“A visit to a Brixton WH Smith reveals a pack of ‘Help for Heroes’ Christmas cards gives a paltry 5% of the purchase cost to charity, while also a three-for-two offer.”
SWLondoner

“In 2013 Asda’s cards donated a pitiful 6.6% split between two breast cancer charities. Some cards at Debenhams and WHSmiths passed on as little as 8.3% too. If you want to ensure the good causes really benefit, then make sure you buy the cards direct from the charities themselves.”
BT.com 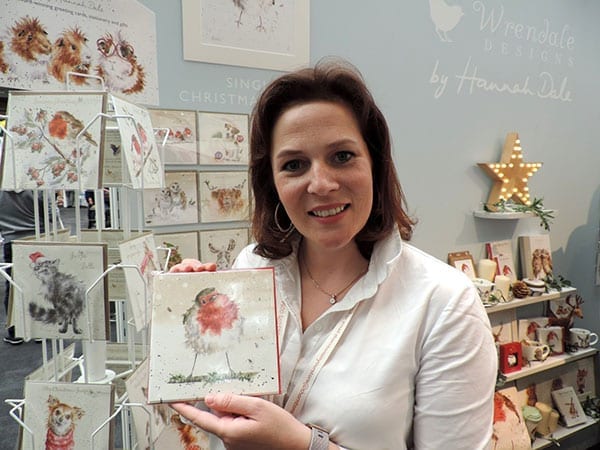 About Matt Saunders
Matt is the owner of Charity Box, a social enterprise helping third sector organisations across the UK to maximise their impact with digital tools.