With Disasters Emergency Committee, JustGiving, and UK for UNHCR all recently announcing fundraising totals for their Ukraine appeals, here’s a round up of their news.

UK for UNHCR raises more than £18 million from corporations

UK for UNHCR has raised more than £18 million in financial and gift-in-kind donations from corporations towards UNHCR’s response in Ukraine and neighbouring countries.

Since UK for UNHCR’s Ukraine Emergency appeal launched, corporate donors have shown their support and solidarity in a number of ways, including direct cash donations, employee fundraising, payroll giving, product donations and customer-facing campaigns, from established and new partners.

As refugees continue to flee across the border to Poland, Romania, Moldova, Hungary and other neighbouring countries, these contributions have already enabled UNHCR to scale up its work in these countries and inside Ukraine, providing essential items, protection services, and care. UNHCR has also established an emergency cash assistance programmes in Poland, Moldova and Romania, giving enrolled refugees an emergency cash grant to help them buy essentials such as medicine, food or children’s items.

“We are so grateful to the corporations that are supporting UNHCR’s work in Ukraine and with refugees from the country. The scale of the crisis is staggering, and support like this from the private sector means that we can act quickly to deliver life-saving aid now, and commit to staying for as long as we’re needed.”

More than £40 million donated through JustGiving

JustGiving has seen people donate over £40 million for Ukraine related causes so far.

More than 14,500 fundraising appeal pages have been created, with more than £33 million going direct to charities and over £9 million to personal causes.

Some of JustGiving’s notable and successful fundraises include:

The DEC‘s £300 million total includes £25 million of match funding from the UK Government – the largest commitment ever made to a DEC appeal through UK Aid Match.

Thirteen of the DEC’s 15 members are either responding or planning to respond in Ukraine or in neighbouring countries and will receive funds from this appeal. They are Action Against Hunger, ActionAid UK, Age International, British Red Cross, CAFOD, CARE International UK, Christian Aid, Concern Worldwide UK, International Rescue Committee UK, Oxfam GB, Plan International UK, Save the Children UK and World Vision UK.

DEC charities have so far budgeted £75 million to spend over the first six months of the response. Funds from the appeal will be spent over a period of three years to meet the ongoing needs of people affected by the conflict.

The appeal launched in March and raised £100 million in its first four days.

“DEC charities have been quickly and efficiently scaling up their work to help people inside Ukraine and refugees fleeing over the border. We are seeing the real impact of the work they are doing, whether that is incubators for babies born under bombardment in Ukraine or vital protection work to ensure that vulnerable refugees are kept safe as they flee the conflict.

“We are incredibly grateful to the generous British public, to all the inspiring people and organisations that continue to do all they can to support people affected by this devastating conflict. We have seen everything from homemade badges sold in village shops to beautiful limited-edition artwork and of course, the Concert for Ukraine, which was broadcast not only nationally, but inside Ukraine as people watched the visible display of support from laptops in underground bunkers. It feels as though everyone is doing their bit and more.” 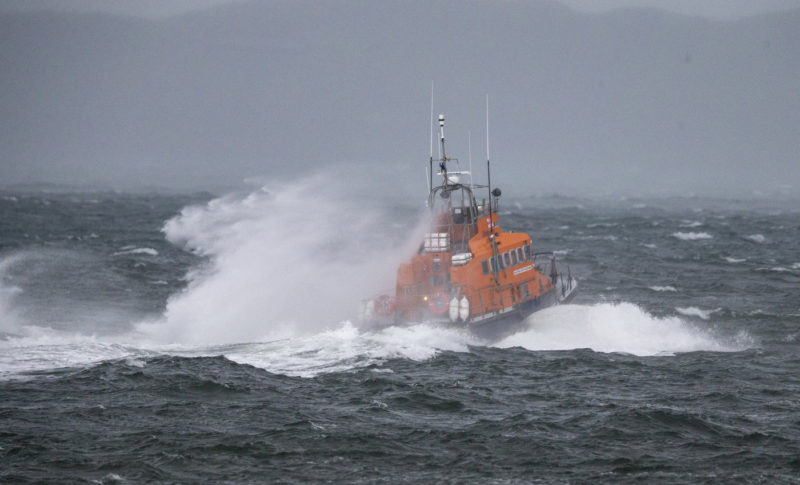 Festive period sees RNLI over 600% busier than 40 years ago