With numerous apps out there that can provide a charity with additional fundraising income, we look at some of the points to bear in mind when making your selection.

Firstly, will your donors’ money and personal data be safe?

One tip is to look for an app that is FCA regulated and authorised, and that uses Open Banking to securely connect to user’s bank accounts and share the necessary data. The payments firm it works with should also be regulated. Check too that it is data protection compliant and that donor’s details won’t be passed on anywhere.

“Charities need to be aware and informed that if an app is directly authorised by the FCA, it means that if anything was to go wrong the funds are fully secure and safe.”

Secondly, make sure you understand the costs.

Some apps have a joining fee, some take a percentage from donations raised, while others might base it on the number of users you have. There are also transaction fees to factor in. Apps can present costs differently too, so check the breakdown. Does the cost you’re presented with include the transaction fee for example, or is that additional? And if the fee is based on number of users, remember not all will donate every month.

“I have come across platforms that say they’re free, or tell the users that they’re free when actually the charity is paying on the other side, so look for transparency around fees so there are no surprises for the people that are donating, or for you the charity.”

Thirdly, look at the support offered.

The addition of support might bump the costs up but could prove invaluable when starting out with a new app and of course to help with any issues you encounter. A good support team will also be able to advise on how to get the most out of an app.

“It’s always good to know that any new solution you’re going to use has an active and responsive support team. If you have any teething problems, or need help with set-up, it can be invaluable to have a team on hand to support you, as well as a main point of contact to check in to ensure you’re meeting your goals.”

“Cheapest isn’t necessarily the best. The commission structure should always be considered in light of what you get for your money. As well as great support, will they help you promote your campaign and make it successful?”

If you’re looking for a fundraising app to promote to existing supporters as an additional way to give, what kind of app they would be most interested in, or likely to use? And, if you’re hoping to engage a new or wider audience with it, will what you’re looking at actually expose your charity to these people?

“Before launching any new donation app, we’d suggest speaking to your supporters and better understanding what would make life easier or better for them. As well as issuing free surveys or setting up an insight call with supporters, you could even run small experiments, such as including a link on your webpage to the new (potential) way to give, and then measure clicks and interest in signing up. We run experiments all the time before investing too much time and energy in a new idea, and find it really helpful.”

“Don’t fear that having an app is going to cannibalise your regular donors. Our research with donors shows they see roundup apps as the digital equivalent of what they would have put in a collection box at the coffee shop and they still keep their Direct Debits with charities.”

Fifth, does it enable you to communicate impact?

Ideally you want people to come back and donate via the app regularly. The most effective fundraising apps enable charities to provide some kind of additional value to help encourage people to regularly engage, such as content that shows users what their donations are achieving.

“Can you upload images, videos and stories, because the more people feel engaged the more inclined they are to continue giving. It also builds up trust, especially with new supporters coming to you through the app, that their money is having the impact that they’re looking for. People want to see that they’re making a difference in the world.”

Sixth, check out the user experience.

Something else that will encourage uptake as well as repeat visits is the supporter experience. Check then how an app works from their perspective as well as yours. Is it easy to use, can people switch charities easily should they want to, or change how much they give each time?

“The user journey is paramount as is freedom of choice. With some apps when you sign up, you can only select one or two charities to donate to, and then you can’t easily change them, Look for apps where the user always has control so if on Monday they wake up and want to give to Cancer Research UK, they can do that, but on Tuesday they wake up thinking I’m going to donate to a different charity it’s easy to do so. Look for flexibility in choice and the ability to switch preference.”

And finally, seventh – have you got the time to put into promoting it?

An app might have a lot of registered users but what’s going to make them choose your organisation out of all the charities registered on it to donate to? Once you’re on an app you’ll need to promote it as much as possible as a way of giving if you’re going to get much take up.

“You get out what you put in. Just signing up onto a platform is seldom enough to bring the donations in. You need to actively promote your engagement before, during and after any campaign. The platform should be able to support you at least in some way, such as with social media material but you’re almost always going to be doing the main promotion work yourselves.”

Donnelly also has some last tips:

“There’s no magic app that I’ve come across yet that’s just delivering revenue for charities without them having to promote it regularly so look at what you can do as an organisation to give the platform a fair shot at exposure.

“That might be organic social posts or unpaid on your social media but it needs to be done consistently, and also digital advertising – the most basic thing we’ve done is Facebook ads targeting a particular group of people based on their interests or based on their interaction with the charity in the past, and that tends to work very well.” 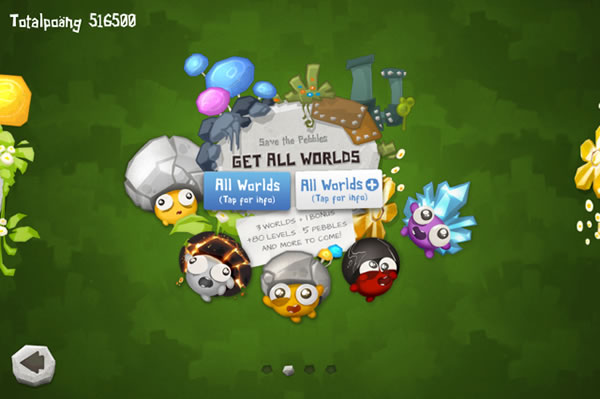