The Captain Tom 100 Challenge takes place this weekend, from today, 30 April to Monday 3 May.

It is inviting people all over the world to celebrate Captain Tom’s life and take on a challenge based around the number 100 to raise funds for charity – whether it’s the Captain Tom Foundation or another good cause.

The Foundation has teamed up with Crowdfunder for the event, with the platform promising to give 100% of the funds raised to charity by taking no platform or transaction fees.

This weekend would have been Captain Tom’s 101st birthday.

Almost 1,500 people have also created fundraising pages on Virgin Money Giving, benefitting more than 1,300 local and national charities. The creative fundraising ideas include knitting expert Greda Aleksandraviciute galvanising 100 crochet experts to knit baby blankets to raise funds for Baby Basics, and nine-year-old football fan, Bobby Stafford, who is aiming to score 100 goals to raise funds for Birmingham’s Children’s Hospital where he had been treated when he was seriously ill.

Here are some more examples of the fundraising ideas people and organisations alike have come up with:

Williams Racing is aiming to complete 100 pitstops over the course of three days – and the Portuguese Grand Prix weekend – with both the trackside team in Portimão and staff at the factory in Grove. The team is fundraising for the work of its Official Charity, Spinal Injuries Association (SIA).

The Small Charities Coalition set itself the challenge of writing 100 cards to 100 of its champions in 100 minutes. The team of 4 didn’t quite make it – getting to 84 in that time, but is still putting in a sterling effort to complete all 100 cards, and is asking people to sponsor them.

With Captain Tom’s brother Arthur said to be the family comedian Lifespace Trust thought a joke book would be a perfect tribute and has come up with 100 Laughs with Lifespace. It is hoping people will join it in making people laugh and smile (or even groan) by telling 100 jokes over the bank holiday weekend and donating or fundraising for the charity.

As part of the Captain Tom 100 Challenge, the fundraising team and Trustees at Salisbury Hospice Charity are taking on the rather lovely ‘100 Thank You Challenge’ to show their appreciation for the hospice staff team and acknowledge their hard work and commitment. Over the bank holiday weekend, they will perform 100 thank you gestures for the Hospice Team, from delivering handmade thank you cards and baked goods to washing cars and much more, and are also fundraising for the hospice.

Sunday Assembly London is holding a 100-minute virtual dance party on Friday night to raise funds. There will be a warm up and then a danceathon hosted by a DJ.

100 minutes of drumming from the Monday Nite Club 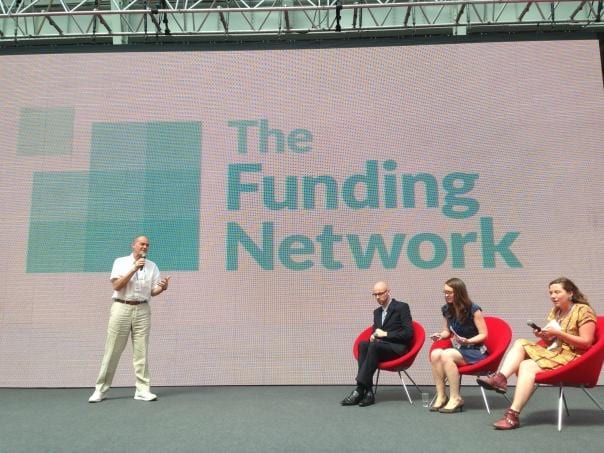