Research by fundraising platform everydayhero™, a Blackbaud company, has found that event fundraising income is still rising, and most participants are keen to support the same charity again.
The research, conducted in collaboration with the Institute of Fundraising, is published in a report, Closing the Loop. It is based on a survey of more than 1,000 event participants and 600 charities.
The research builds on Blackbaud’s Successful Events Fundraising report launched in February 2015. This found that the majority of those participating in fundraising events did not feel acknowledged by the charity they were fundraising for, even though most were motivated to take part by their passion for the charity involved.
[quote align=”center” color=”#999999″]“Personalise communications as much as you can, make it fun and let your fundraisers know how much money was raised and the difference they have made to the work that you do.”
Claire Dibben, Community & Events Fundraising Officer, National Osteoporosis Society[/quote] 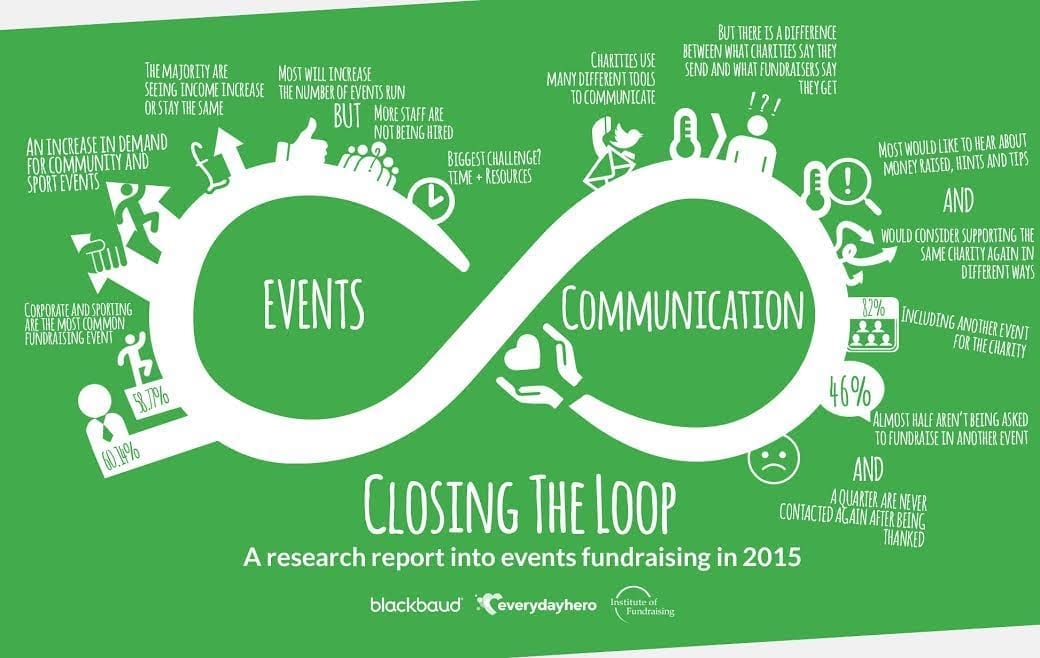 [quote align=”right” color=”#999999″]“Make sure you get feedback after the event to check you’re doing the right things and take advantage of the different ways of communicating with people – for example, we find that using text messages is really effective at getting quick responses.”
Emily Roff, Sports Events Manager, Children with Cancer UK[/quote] 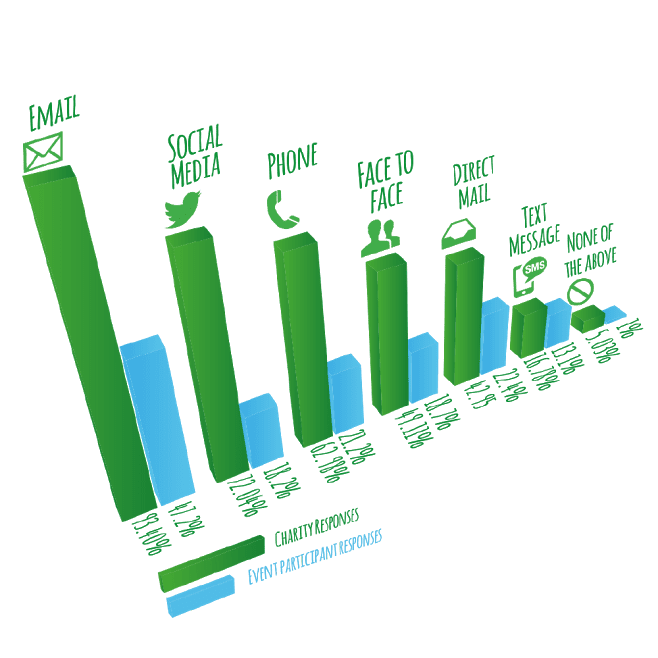 • The majority of participants preferred to be contacted by email (40.5%) and direct mail (29.8%), while telephone was the least popular form of wanted contact (46.7%)
• 83% of fundraising event participants would consider taking part in another event for the same charity.
• 92% would consider supporting the same charity again but in other ways.
• 60% of participants want to know how much total money was raised, and 45% want to know how the money raised will be used.
• The most common challenge cited by event participants was that the fundraising target set was too high (27.1%) followed by not knowing how to start fundraising (21.2%)
However, many charities could do far more if they communicated effectively with their event fundraisers:
• 44% of fundraising event participants had not been asked to take part in another event
• 23% reported no further contact was made since being thanked for their support!

Daniel Fluskey, Head of Policy and Research at the Institute of Fundraising, said of the findings:

“It’s certainly encouraging to see that the majority of fundraisers who have taken part in this research are reporting that income from events is increasing,” commented Daniel Fluskey, Head of Policy and Research at the Institute of Fundraising. “However, we know that the best fundraising is not about a ‘one off’  – whether that’s a single donation or participation in one event – it’s about developing and maintaining a relationship, engaging people with a cause that they care about and offering them opportunities to support that cause in different ways and at different times.”

John Bird, general manager, Peer-to-Peer Fundraising at Blackbaud, added:
“We know from this and previous research that event participants are a particularly motivated audience so there is a real opportunity here for engaging them even further through concerted and tailored communications.
“Clearly resourcing is an issue for many charities, but even simple steps such as getting feedback after an event, putting in place a post-event communications plan or some basic email segmentation and personalisation can support your fundraisers in raising more money and encourage them to support your charity in other ways too.”

You can download Closing the Loop from everydayhero.
A webinar discussing the results will take place on 10 December at 11.00.

Most event fundraisers get no fundraising tips from charities, says Blackbaud