Accessibility should be front of mind with everything we do, and with video key considerations of course include ensuring support for those with sight and hearing loss such as subtitles and audio description. There is more to consider and include than that however, so here are some approaches and tips from the experts.

As well as making videos accessible to as wide an audience as possible, there is another potential benefit for charities. Recent research by SubText Digital found that over 50% of 18-34 year olds say they would be more likely to donate to a charity that used subtitles in its advertising.

And, while accessibility due to deafness or hearing loss is a key reason why people might want subtitles in particular, they have a wider use with many using them to help understand accents, decipher mumbling or to prevent disturbing other members of the household and neighbours.

“Think about this as the norm, not as an add on. Think about this all the way through creating a video, to the point of when you’re putting elements on screen, don’t make it impossible for the subtitles to go on without obscuring other elements. Accessibility needs to be built in through the creative process. Most charities when fundraising will be putting together creative in advance to get the message across, so you’ve got that time to add those layers of accessibility.”

Fiona Melville, RNIB Digital Content Producer – Film and Audio, says the most important thing to remember is that it should always be possible to understand the audio visual (AV) content just by listening. This means using either integrated description, or traditional audio description (AD).

Integrated description is when you make your AV content naturally descriptive. For instance, using the dialogue or narration rather than images to tell the story, and utilising ambient sound or sound effects and music cues to establish action and scene change.

In contrast, traditional audio description is an additional audio track that verbally describes on-screen elements that do not have an audio clue, such as on-screen action, physical description of characters, locations, costumes, body language and facial expressions. This fits between the dialogues and should not encroach on important or critical sound effects unless necessary.

At RNIB, she says:

“We always try to use integrated description but if that’s not possible, for example if there is onscreen action but no available descriptive audio, then we use traditional AD. Wherever possible, try to describe at the same time as action occurs and where gaps in dialogue occur naturally.

“When deciding what to describe, always prioritise what would add to the viewing experience of someone with sight loss and try not to interrupt the ‘flow’ of the narrative with too much AD. This could include: key features in characters and change of scene or location. Remember too that subtitles or on-screen text must be read out in audio description unless integrated into the original script of the video.”

Andrew Horton, Online News and Film Editor at Tearfund, also highlights The Web Content Accessibility Guidelines (known as WCAG 2.1). These are an internationally recognised set of recommendations for improving website accessibility. As the majority of videos are viewed online, these principles also cover video content, and Tearfund is implementing these in its latest Video Brand Guidelines. It has also worked to make its new website, launched in December last year, achieve an AA classification for excellent accessibility.

“On social media the majority of videos are watched with the sound off, primarily due to the use of auto-play as a standard for newsfeeds. While this is a good reason to use subtitles in your videos, there are other accessibility advantages. Subtitles are helpful for people who are deaf or hard of hearing. Another reason is to improve accessibility for people who are not familiar with the language being spoken in the video.

“And, when you use colour in your videos, which most videos do, the colours used need to be distinguishable. There are standards set by the WCAG 2.1 for how distinguishable colours should be, known as their contrast ratio. For any typography on screen, including subtitles, an appropriate contrast ratio is essential for people to comprehend what is being presented.”

Horton also advises caution with flashing lights, as well as using plain English for subtitles and on-screen typography, providing a descriptive transcript, and including a sign language feed.

“As a rule, you should have no more than three flashes of light in a one second period. This helps to ensure that your video content doesn’t present a risk for people who are susceptible to photosensitive epilepsy.

“Where possible use plain English at all times for copy, in both subtitles and on-screen typography. Keep sentences short and don’t use words and phrases people won’t recognise. You may need to provide an explanation if you can’t avoid this. Also make sure your copy is large enough to read and on screen for long enough for it to be digested easily.

“The WCAG 2.1 guidelines also recommend that video publishers should, wherever possible, provide transcripts. Ideally the transcript, should be descriptive, not just verbatim, to further improve accessibility.

“For people who communicate primarily in sign language captions don’t always suffice. Some people find it harder to read and understand text at the rate it is presented in captions. That’s why it’s best practice to include a sign language feed. But if you incorporate a sign language interpreter into your videos, make sure the video has the functionality to be played at full screen so they can be seen.”

Supporting blind and partially sighted people, accessibility is always front of mind for Thomas Pocklington Trust.  It makes sure all its videos are audio-led.

Penny Wilkinson, Head of Communications, Thomas Pocklington Trust explains how it does this:

“If it’s a talking heads video that already has a narration you can’t then have an audio description saying, ‘the narrator has a blue sweater etc…’. So what we tend to do here is to add a visual description where applicable within the YouTube description in addition to describing what the video is about, so for example: ‘the video shows young woman with long hair holding a large book. She sits in a plush blue lounge with an old photograph of Thomas Pocklington in a gilded frame above the mantelpiece.

“The idea is that blind or partially sighted people can then understand what people would see in a video, even though they might only be hearing it. We also put in a transcript, which can be read out with software for blind and partially sighted people such as Jaws, or printed out using Braille. All of our videos have captions, transcript, visual description, and they’re audio led.”

“In terms of accessibility, it’s so important that the films we produce at WaterAid can be accessed by as diverse an audience as possible.

“Due to the international nature of our work, most of our filmed interviews are in languages other than English, so it’s standard practice that we create subtitled versions of our films for an English speaking audience. However, we also subtitle English spoken interviews and voiceovers, to make sure all our films are accessible for people with hearing loss. An example of this was our recent film of a Sand Portrait on Whitby Beach narrated by Nadiya Hussain.

“Because our work is very international, we often produce multiple language versions of films, in English, French and Portuguese, either by recording multiple voiceovers, or by providing multiple subtitled versions. This drastically increases the reach of some of our films, removing the language barrier to many non-English speakers.

“YouTube has recently also introduced an Audio Description function to its platform, which we’re keen to explore to improve access to our films for people with vision loss. Previously we’ve uploaded transcripts of films to the YouTube description box, meaning people with vision loss are able to use text-to-speech software to know what is happening in the film, but this audio description feature will be a big improvement.

“Some areas of WaterAid’s work are very complex and technical, but we try to make sure our films are as clear and concise as possible. This is particularly apparent with our content aimed at school children, but this approach also has a wider impact for anyone who might find complex messaging inaccessible.

“Another important aspect of accessibility for us is the representation of a diverse range of people in our films. It can be a huge barrier for someone to not see people they identify with being featured in our films, so we strive to make sure everyone feels represented across our film channels’ output.

“We want our films to reach our audiences in a way that is accessible for everyone, so we’ll continue to improve our accessibility features on our films and we are very open to suggestions on how we could improve.” 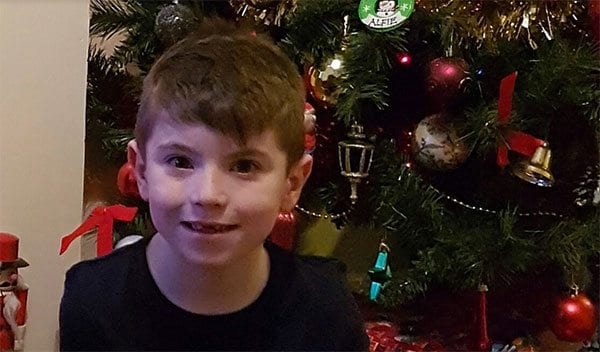 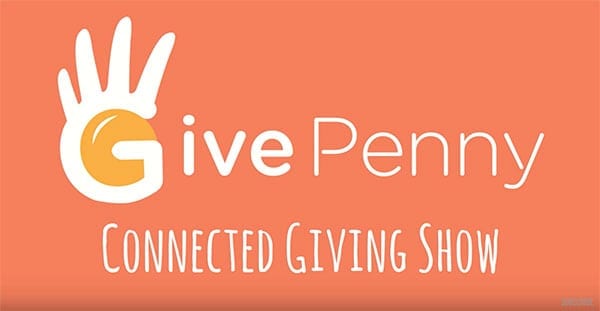 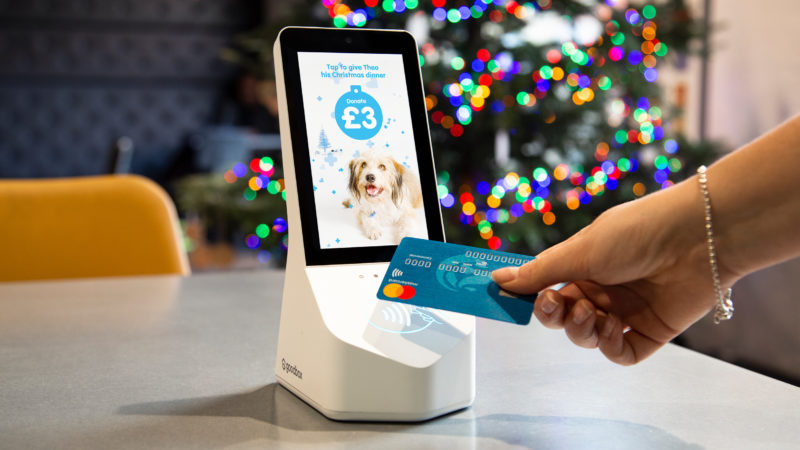 Blue Cross thanks contactless donors with video reward this Christmas