Blue Cross thanks contactless donors with video reward this Christmas

Blue Cross has put contactless giving at the heart of its Christmas campaign, with the addition of video to bring its message to life and ask donors to ‘give moments’ to pets in need.

As well as to counter the drop in cash giving, the charity is using contactless technology to help build a more engaging experience for donors.

As part of the Giving Moments campaign, the contactless devices are appearing across Blue Cross locations and partner sites, plus at temporary fundraising events including carol singing at London Victoria station. Giving a donation initiates a video reward from a dog or cat as a thank you, hoping to capture the imagination of donors as well as drive engagement around contactless technology.

The addition of video on the portable device’s screen also means that the campaign can be coherent wherever or whoever is fundraising.

London-based campaign agency Bond and Coyne came up with the campaign’s concept including the contactless fundraising component.

The agency developed a visual system that puts ‘giving moments’ in the spotlight through a series of Christmas decorations used as frames to capture moments of interaction between humans and animals.

Using countertop contactless donation devices, the campaign asks audiences to donate to give a ‘Christmas dinner moment’. The devices feature footage of pets; firstly looking eagerly at the potential donor, next enjoying a meal after the donation has taken place: a ‘behind-the-scenes’ view of the joyful moment they are giving to a pet. According to Bond and Coyne is the first time video has been paired with this type of device. 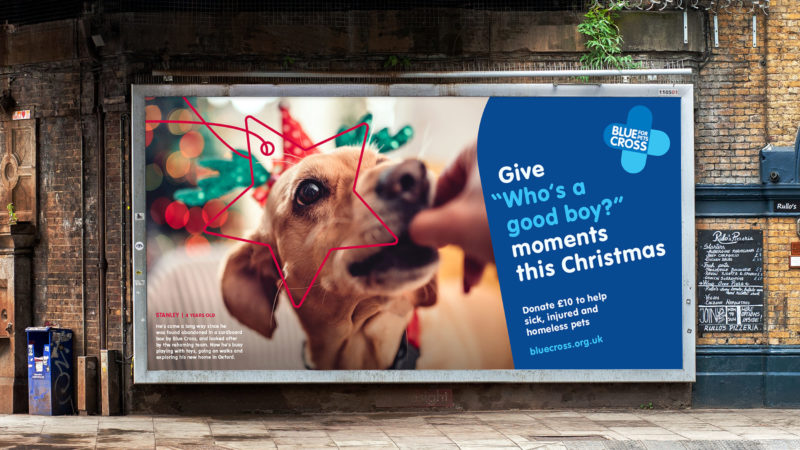 Supporters can also go online to donate, create a Christmas card with a picture of their pet, and view other animals’ moments.

“You can’t just expect donors to fall in love with contactless donation. This technology stands the best chance of succeeding when it’s combined with a creative idea to generate these rewarding experiences.”

“We were one of the first charities to recognise the potential of fundraising through contactless back in 2016 when we launched out ‘tap dogs’ scheme. Supporters could pat a dog and donate to the charity via a device fitted into their dog coat, which went down really well. We are delighted to be using contactless again in this exciting project and we hope those who donate at our various sites really connect with Giving Moments via video.”