Marie Curie’s flagship fundraising campaign the Great Daffodil Appeal launches on 1 March – for the first time in its 35-year history without public collections.
The loss of collections will leave the charity with potential £3m deficit for the campaign, while at the same time it has seen a 16.5% rise in the number of people it is caring for at the end of life.
Despite the cancelled collections, the charity is calling on the public to dig deep and donate online, where they can also order their daffodil pins. The pins are also available in shops including Morrisons, Superdrug, Savers and SPAR UK. 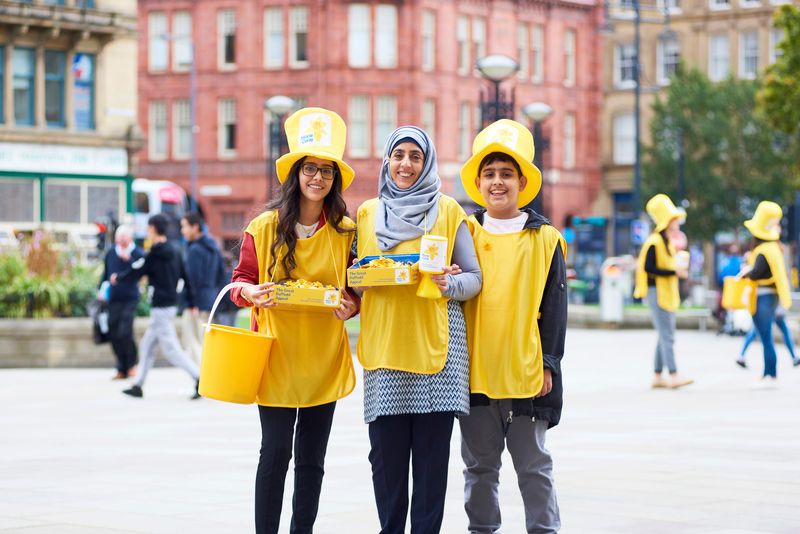 Eight million daffodil pins are normally distributed each year, and around £100 million in total has been raised since the campaign began in 1986, which is the equivalent of 5 million hours of nursing care.
Marie Curie is also asking people to join it in the first annual National Day of Reflection, which will take place during the Great Daffodil Appeal, on 23 March, the first anniversary of UK lockdown.
Meredith Niles, Executive Director of Fundraising and Engagement at Marie Curie, said:

“The Great Daffodil Appeal is vitally important to us. Having been held every March for over three decades, this is the first time we’ve had to cancel all of our public collections which is a huge blow as each volunteer would raise £80 from a collection shift, enough to pay for the equivalent of four hours of nursing care.
“The campaign would normally bring together millions of people across the country to volunteer, fundraise, donate and wear a daffodil and we’re still encouraging people to do this in any way they can in a safe manner.
“Around 300 people a day already miss out on the end of life support they need and we expect this figure to rise as a result of the pandemic, combined with usual winter pressures associated with seasonal flu and the backlog of people who have missed diagnoses.
“We need people’s support now more than ever in helping us raise money to continue our vital work across the country and ensure Marie Curie Nurses can be there to provide end of life care when people need it.”