Digital activism has risen worldwide since the start of the pandemic, with the UK one of the countries to have seen a significant rise in civic engagement on Change.org.
Change.org  has released its Global Civic Engagement Index, which is based on data for the top 25 countries with the highest engagement on the platform  from January 2020 to July 2020, comparing it to the same period in 2019.
It shows a steep increase in people using online tools on the platform since January to voice concerns, influence policy and persuade decision makers to make changes on political, societal and cultural issues.
Of the 25 countries analysed over the past seven months, South Africa has emerged as the leader in adopting online activism, accelerated by the pandemic. While traditionally, the country has had lower engagement on the Change.org platform, since the start of the pandemic four million users in South Africa have signed up to use the platform – six times higher than the user growth rate compared to 2019. Petition creation increased by 227%, and people supporting campaigns also increased by 1060% during this period.

UK in top ten for growth

The UK is in the top ten countries with the highest civic engagement index, alongside South Africa, Japan, Canada, United States, Peru, Malaysia, South Korea, Philippines and New Zealand.
It comes in at number six, and has seen petition growth of 118.94% in the last seven months, alongside signature growth of 115.63%, and user base growth of 19.79%.

“This report highlights not just the trends and index but many of the social, cultural and political challenges faced by millions around the world.  We are hearing from people around the world about not just their problems, but the solutions they deserve, and witnessing Governments and decision makers recognising the need to respond to them online. The last few months have revealed that this world has entered a new era of civic engagement and digital activism and there are a number of non-traditional players who are leading the way to create a new wave of positive, people driven change.”

BBC Children in Need raises record £15.3 million on the night 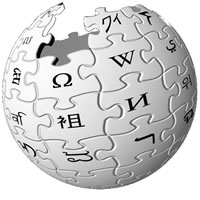