Exciting news! We're thrilled to announce @jamcusack will be our next chief executive at @Autistica, taking over from @yeswejon in early August. Congratulations James! https://t.co/rP4lXVfw2z

Dr James Cusack will succeed Jon Spiers as CEO of Autistica when he steps down in early August after five years in the role. Dr Cusack will be the charity’s first autistic CEO and has been the charity’s Director of Science since 2015, where he has been at the heart of its growth and impact, including devising and overseeing its national research network Discover, and identifying, supporting and funding high-impact scientific studies. 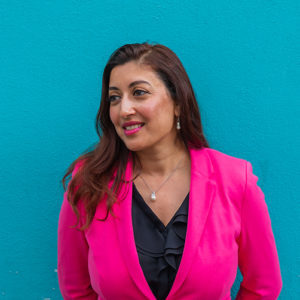 We have appointed Rachel Billsberry-Grass as our new CEO.
Rachel joins us with over 25 years’ experience in leadership roles in the not-for-profit sector. https://t.co/vOHTovzDuS#CancerAwareness #CancerSupport #CancerCharity #CancerCare #Cancer #LocalCharity #WessexCancerTrust pic.twitter.com/0cOAejr7GA

Rachel Billsberry-Grass has joined Wessex Cancer Trust as CEO. She joins with over 25 years’ experience in leadership roles in the not-for-profit sector. For the past few years she has led her own consultancy company providing fundraising and marketing services, including interim cover for charity clients. Most recently she has been Interim Director of fundraising and marketing at both St Wilfrid’s Hospice and Carers Trust and Director of Fundraising at Chichester Festival Theatre. She is also is a current Trustee of sport-for-social-change charity, The Change Foundation, and ex-Trustee of children’s cancer charity CLIC Sargent, and a volunteer mentor through the Institute of Fundraising. 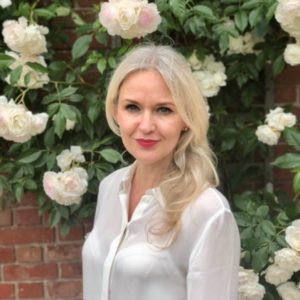 Overcoming Multiple Sclerosis (OMS) has welcomed a new Chief Executive, Grazina Berry, who joined the global charity on Monday 6 July 2020. She replaces Gary McMahon who has stepped down, having been with the charity since its inception. Berry brings a wealth of not-for-profit and health sector experience. Up until recently she was CEO of the Aplastic Anaemia Trust. She has extensive knowledge of community-led organisations, commercial strategy, research and operational excellence.

Our Vice President = Transport Planner of the Year, @susanclaris.

Living Streets has appointed a new President and Vice President. Just weeks after the announcement of former Labour MP Mary Creagh becoming CEO, Living Streets has selected Lord Michael Bates as President. Lord Bates, a conservative peer, is a former Home Office and DFID Minister and a keen walker – having walked 9,189 miles in 25 countries, raising over £1 million for charity in the past five years. He is also Walking Ambassador for the County of Northumberland, author of Walk your Dream and an enthusiastic supporter of walk to school.

Susan Claris, Transport Planner at Arup, has been appointed Vice President. Long a supporter and trustee of Living Streets, she has been a passionate leader in promoting active travel; authoring Cities Alive: Towards a Walking World and being awarded Transport Planner of the Year by the Transport Planning Society in 2019.

Essex Youthbuild is very pleased to announce the permanent appointment of their new Chief Executive Robert J. Mitchell @robertjmitch who has over 16 years of senior executive leadership experience in the charity sector. pic.twitter.com/YLW6NVOJF7

Robert Mitchell joined Essex Youthbuild as Interim Chief Executive in March 2020 and was permanently appointed on July 1. He has over 16 years of senior executive leadership experience in the charity sector. Mitchell has recently returned from Alberta Canada where he was Chief Executive to social services charities in Calgary, Red Deer and Edmonton. Before leaving for Canada Robert was Chief Executive to Middlesex Young People Clubs.

We're delighted to announce the appointment of Sara Baade as our new Chief Executive Officer, starting in September 2020 👏

Global maritime charity Sailors’ Society has announced the appointment of Sara Baade as its new Chief Executive Officer, starting in September 2020. Baade has a background in management and strategic policy and brings extensive experience in leading an international welfare charity from her current role as CEO of The Army Families Federation. Her career also includes working as a senior civil servant for the Department of Business Innovation and Skills, a directorship at the charity UK Skills and substantial experience in investment banking.