IWITOT (I Wish I’d Thought of That) returns to London in April in its ninth year. The following day it will be broadcast to fundraisers around the world as part of a new virtual event.
IWITOT features 18 speakers who take to the stage for an afternoon of inspiring and engaging talks. Each one has just seven minutes in which to inspire the audience with the fundraising idea that they wish they had thought of. 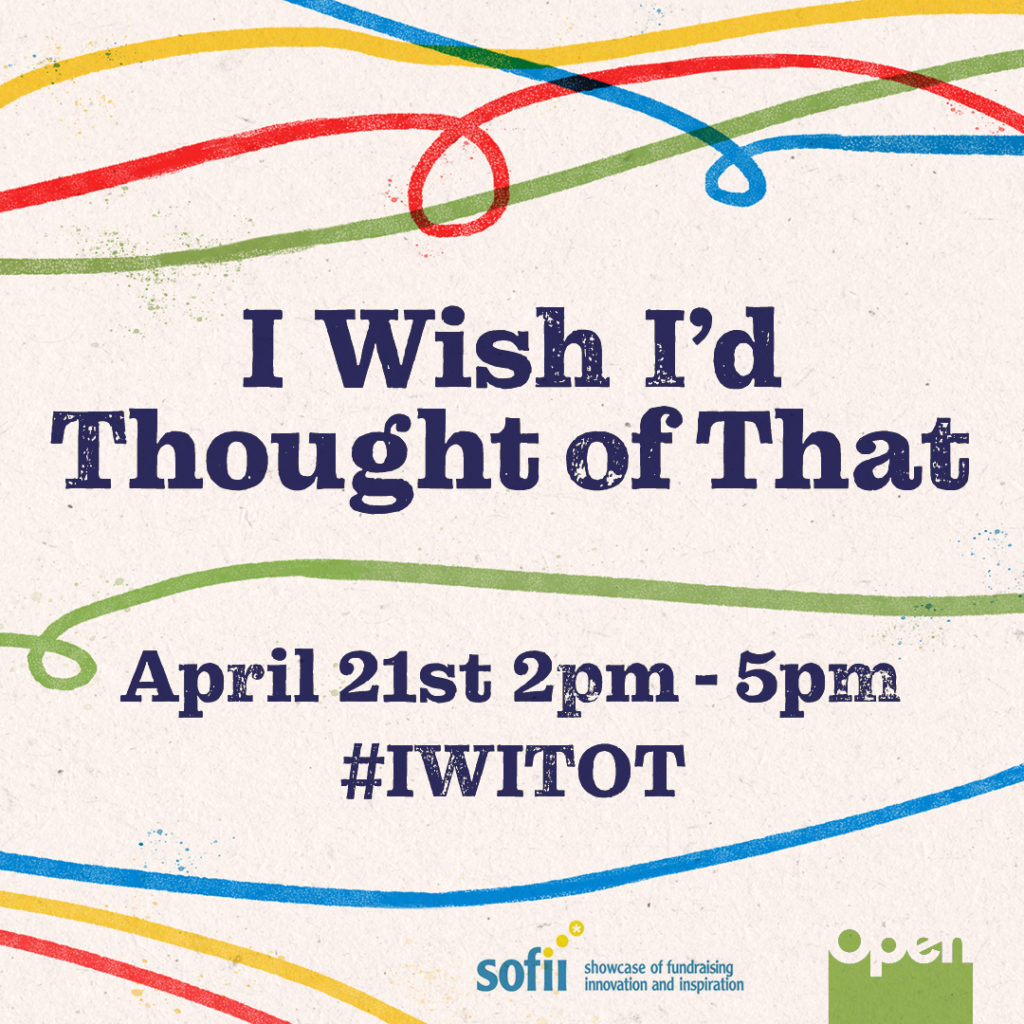 The event, which has now been run internationally in various location, is presented by SOFII (the Showcase of Fundraising Inspiration and Innovation) and was developed in partnership with Open Creates. The profits raised from ticket sales is donated to SOFII to enable it to continue sharing fundraising ideas and campaigns to a global audience of fundraisers. 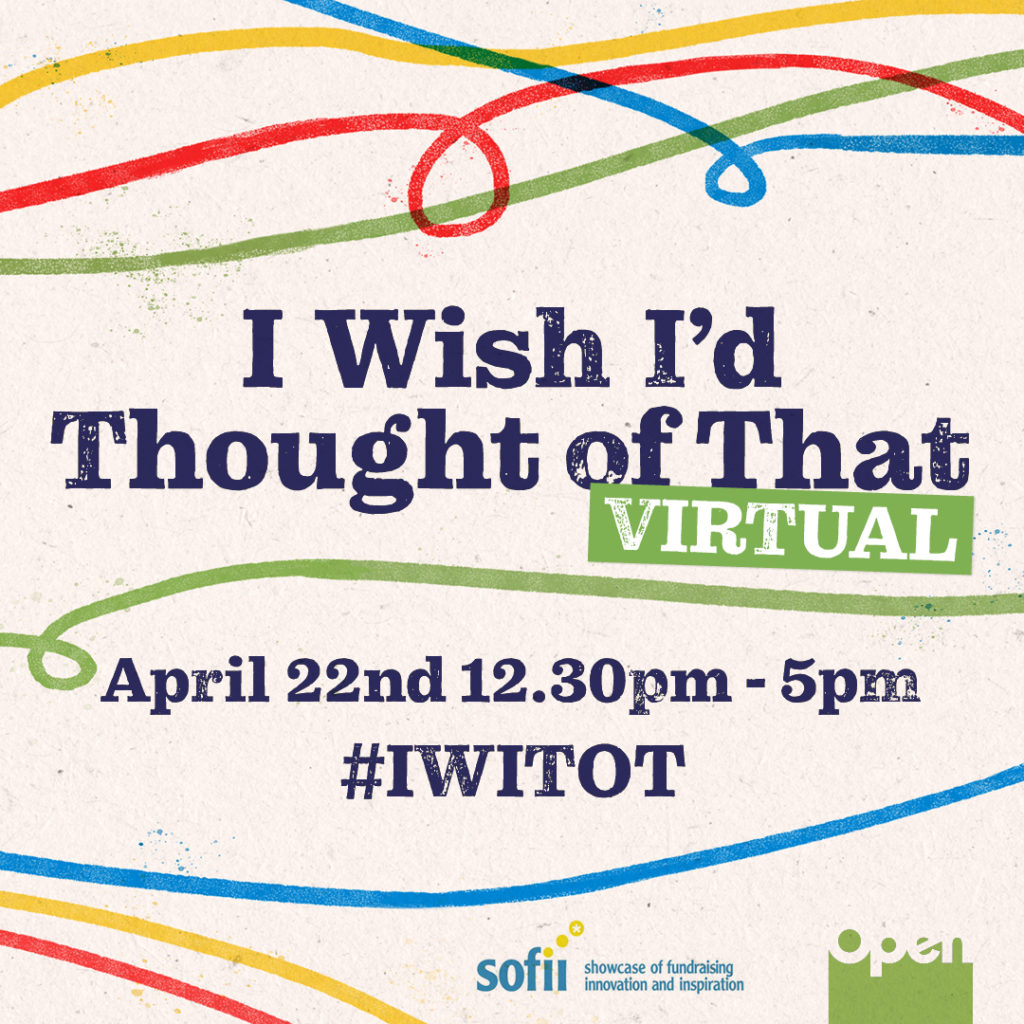 The London event takes place on 21 April at Amnesty UK in central London. On 22 April a virtual version of IWITOT will be presented online. It won’t simply be a broadcast of the recording of the event. IWITOT has, after all, been livestreamed for the last few years and recordings of the presentations are available from SOFII.
Instead the virtual event will be streamed via the Fundraising Everywhere+ platform and will feature not just the 18 talks but also live interviews with campaign owners, speakers, and both SOFII and Open staff.
The aim of the virtual event is to bring IWITOT and its educational and inspirational value to a much wider audience of fundraisers, beyond those who were able to afford the time or ticket price to attend in London or who live elsewhere.
It is no coincidence that this year’s theme for both versions of IWITOT is ‘connectivity‘.
Tickets cost between £50 – £100 for the London event and £25 for virtual only. Those attending the London event will also receive free access to the virtual event the next day.
The virtual conference will be available online for one month post-event to give fundraisers the chance to watch all the content back in their own time.

Part of IWITOT’s strength is that its organisers work hard to give up-and-coming fundraisers an opportunity to share their insight and ability in front of an audience.
To uncover new voices auditions were held recently (‘I Want to Talk at That‘) for up-and-coming speakers. Winners receive mentoring support from an experienced presenter and fundraiser to help them hone their presentations.
This year’s I Want to Talk at That speakers are:

The other confirmed speakers so far include:

Ken Burnett, SOFII trustee, said: “We can’t wait to welcome fundraisers back to IWITOT London this April. We’re hugely excited to be adding our first-ever virtual event and connecting even more people to the very best fundraising ideas.
“Over the years SOFII’s IWITOT has come to mean fast-paced, sparkly, concise creative lessons from fresh speakers. It means an afternoon of electric, contagious passion, plus tons of learning for fundraisers from great causes large and small. It means falling in love with fundraising, all over again.”
James Briggs at Open Creates added: “I can’t believe that it’s been nine years! I used to worry that the format would get tired but I’ve come to realise that the format isn’t what matters – it’s the ideas and the people that make IWITOT so special. And this year we’re going to generate even more of an impact by putting the whole thing online.”