Macmillan Cancer Support, Cancer Research UK and Dog’s Trust are Britain’s most loved charities, according to market research firm Savanta’s new BrandVue Most Loved Charities Report.
The report ranks the top 100 most loved charities according to 60,000 respondents, and also finds that people who love an organisation are more likely to donate to it; trust it; volunteer for it and act as an advocate. Those who love a charity are more than five times as likely to have supported them in the past 12 months.
Using data from Savanta’s intelligence platform BrandVue Charities, the BrandVue Most Loved Charities Report also highlights the top three charities in each of eight sectors, including animal welfare (the most loved category overall), children and families, and disability. 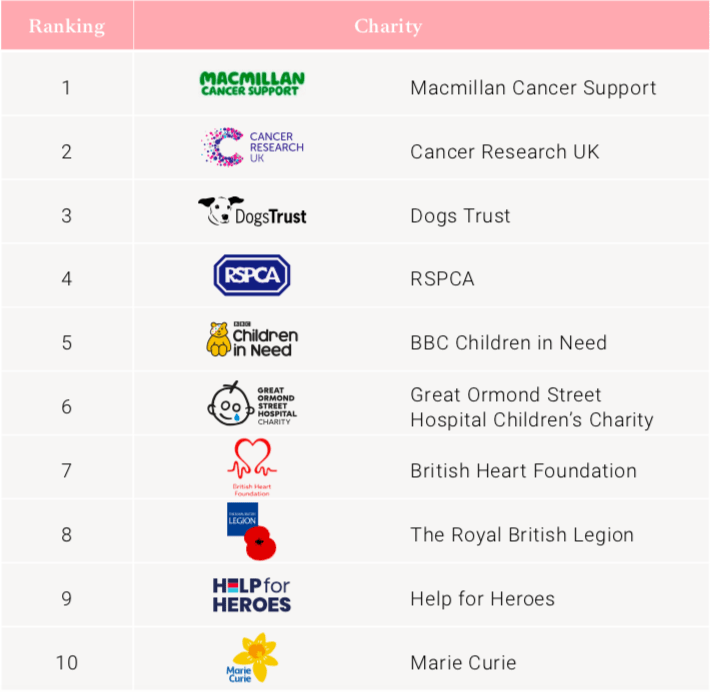 “Love can serve as a vehicle to increase both financial and in-kind support for a specific charity, and this is quantified by our report. Inspiring love among the general public is in the interest of each charity that operates in a saturated sector. The anchor point is love.”