At Beacon we’ve always tried to minimise our negative impact on the environment.

It is becoming increasingly clear that it is not hyperbole to suggest that we’re facing an existential crisis and, as a species, we need to take urgent action. The IPCC 2018 report makes for stark reading. This clarity is giving rise to global movements like Extinction Rebellion and has even put Greta Thunberg on the cover of Time magazine.

Why are we advocating a “climate positive” rather than a “carbon neutral” response? Because neutrality isn’t enough. As a business and as individuals we have a responsibility to play an active role in helping to fix this problem.

The facts are very clear – according to the IPCC if we don’t significantly reduce carbon emissions, we’re likely to reach 1.5°C degree rise by 2040, and 2°C rise 15-20 years after.

Some other key facts:

The unexpected environmental cost of servers

Allow me to introduce another fact that’s not nearly as well known as it should be:

Data centers (servers) have a carbon footprint the size of the airline industry. That’s 2% of CO2 emissions, worldwide.
Source: The State of Data Center Energy Use in 2018

Let that sink in for a moment. All of those tweets, likes, photos, online petitions, and yes, charity CRM databases, are all contributing to a massive amount of CO2 emissions.

What’s more, with the accelerating adoption of cloud computing, this is set to increase 4-5x in the next 10 years. Artificial Intelligence, in particular, is a big potential culprit.

Beacon’s infrastructure runs on Amazon Web Services (AWS), who we believe to be the best cloud infrastructure provider in the world. To their credit, AWS is already 50% green, Google Cloud and Microsoft Azure (the other two major cloud providers) also have strong green credentials.

When we started Beacon, we wanted to build a company that was a force for good in the world. One that creates a real positive impact, rather than simply making investors wealthier.

However, we realised that there was a clear contradiction in our organisation:

“Isn’t it hypocritical of us to talk about being a force for good in the world while pumping CO2 into the atmosphere?”

First and foremost, we decided to bring our carbon footprint to net zero. That is, ensuring that we’re removing as much CO2 from the atmosphere as we are generating.

But then we thought, why stop there? “Net zero” carbon emissions simply means you have zero impact on the environment. Neutrality isn’t good enough!

That’s why we’ve gone even further to be climate positive.

(Note: Beacon is still a small organisation. As our company and carbon footprint grows, these numbers will increase significantly).

Where possible, we’re minimising our CO2 emissions. But we’ve also started tracking our footprint to get a greater understanding of our environmental impact. After all, if you can’t measure it then you can’t improve it.

We’ve also calculated our carbon footprint retroactively, and offset our past impact.

All of these offsetting projects have the Gold Standard certification, ensuring the maximum possible impact.

Another way to help tackle the climate emergency is to plant millions of trees. Trees are a carbon “sink”, and are crucial to preventing ecological collapse in areas where there has been mass-deforestation.

To date, we’ve planted over 350 trees in Madagascar via Offset Earth, as part of the Eden Reforestation Projects. 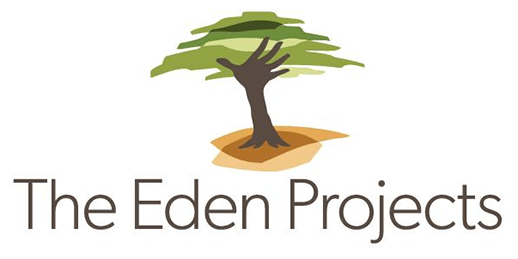 This is a big question for a future post, but the key point is that we’re currently tracking our CO2 footprint for our:

Some providers like Apple provide estimated CO2 footprints of their products. For example, a 13 inch Macbook Air 2019 is 176kg CO2 (source: Apple).

Other numbers are more vague, for example domestic train travel (41g of CO2 per km, according to BEIS), where the footprint needs to be estimated based on distance travelled.

Naturally, we decided to track this in our internal Beacon CRM database. We created custom record types to log everything we need, giving us the ability to report year-by-year on our footprint: We’re sharing this news about being climate positive to let you, our customers and partners, know that we take this seriously. We want you to trust us to keep your data safe, but not at the expense of the planet.

We believe that we have a responsibility to act. We think that every organisation, large and small should be doing this. The measures we’re taking here are, of course, just tiny steps in the full global systematic change that’s required.

We want to lead our industry to do things in a better way and we want to help your organisation to become climate positive, too.

If you have any questions at all about being climate positive, please feel free to email me on chris@beaconcrm.org. 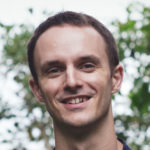 Chris Houghton heads up the team at Beacon. He’s focused on using data and technology to empower nonprofits to do more good.