Irish development charity Trócaire is piloting digital collection boxes in two locations during its annual Lenten collection this year.
The new digital donation boxes have been placed in fast food outlets in Dublin and Galway in response to a growing number of people preferring to pay using contactless cards or phones rather than cash. The campaign is a partnership between Trócaire, fast food chain Supermac’s, The Smart Group and Payment Plus. 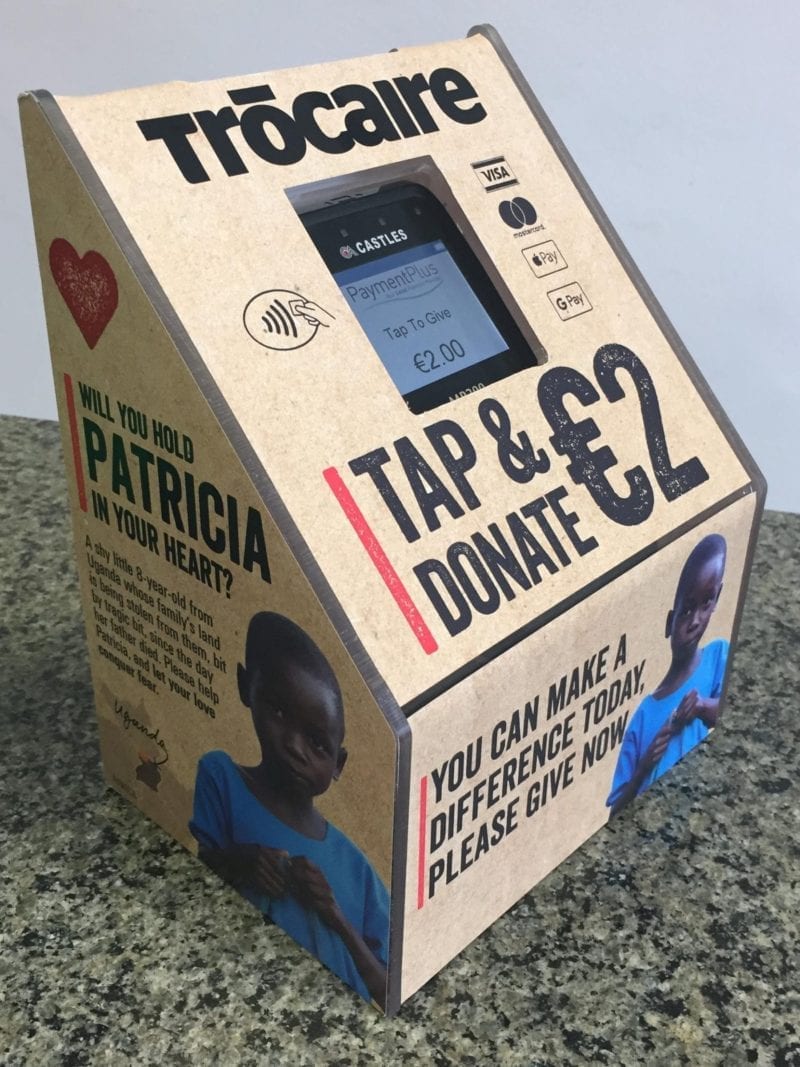 Tap and donate box for Contactless giving box for Trócaire

Trócaire’s Director of Fundraising Gwen Dempsey told RTE news that the move is designed to future-proof the traditional countertop cash donation box.
“People are more often not carrying cash any more. More of us use our cards for shopping,” said Ms Dempsey. “Trócaire wants to give people the opportunity to use the same technology to be able to donate to their favourite charity.”

Supermac’s is expected to extend the contactless collecting boxes to all its 100 outlets.
Its CEO John McDonagh said the piloted scheme is happening in its restaurants because his family has a long association with the Trócaire.
“We have supported the charity for over 30 years. In that 30 years we have donated €500,000,” he said. 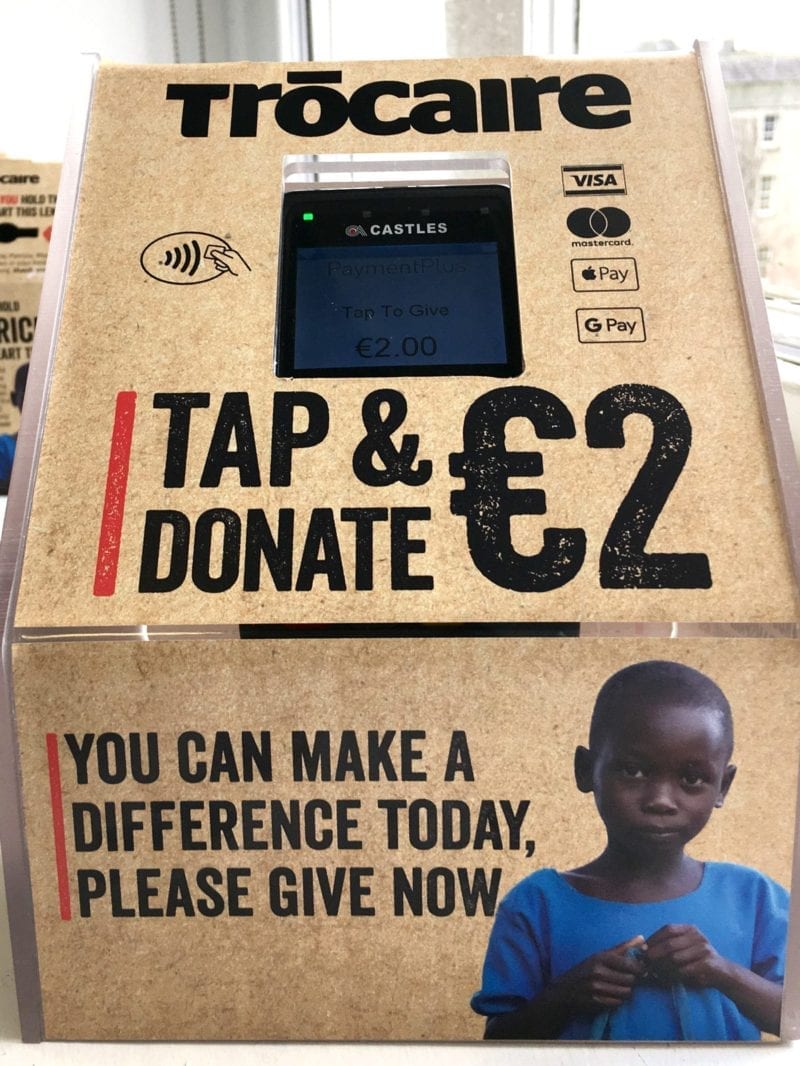 Figures from the Banking and Payments Federation Ireland show that contactless payments increased by 66% in 2018. 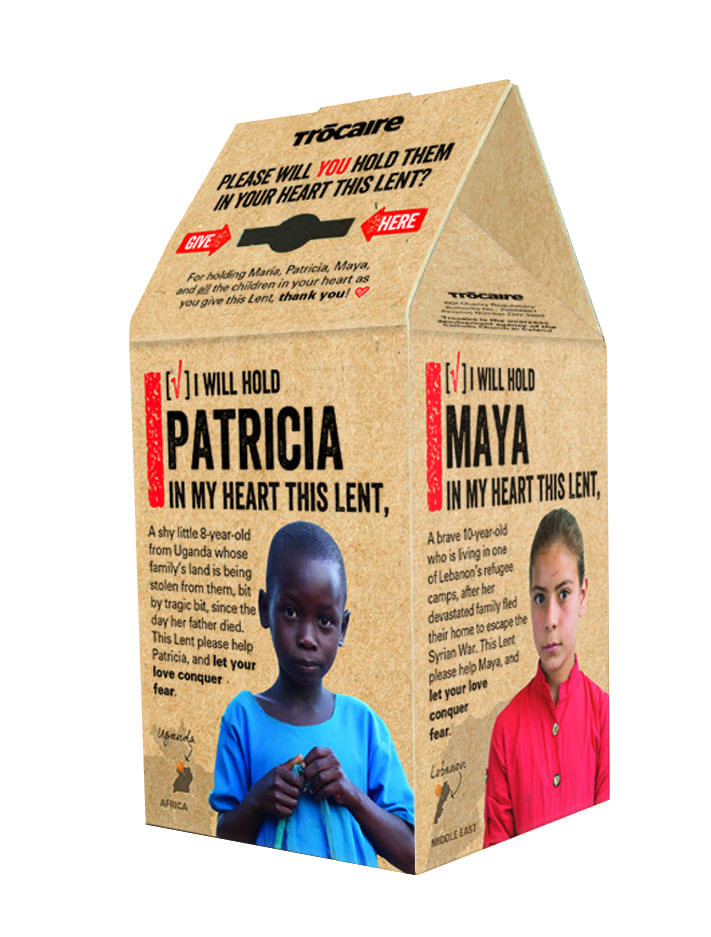 Trócaire’s cardboard collecting box for home and office use.

Trócaire combines mobile payments with its traditional cardboard collecting boxes by adding QR codes on them. The charity distributes one million cardboard donation boxes to schools, homes, parishes and businesses as part of its annual Lenten campaign.
Lent is an important fund raising period for Trócaire, bringing in €5-€6 million every year.