Heineken’s annual Brewing Good Cheer returns for its third year this Christmas in its efforts to combat loneliness, working with national and local charities and groups.

Across the country 100 pubs will host lunches for nearly 2,000 socially isolated and vulnerable people, at a time when nine million people in the UK say they suffer from loneliness. They will each receive a three-course Christmas meal.

The pub, cider and beer business is working with national charities such as Age UK and Royal Voluntary Service, and hyper-local services that use art, drama and music to combat loneliness, to encourage people to come together in the pub.

Through its Christmas campaign Heineken aims to raise awareness of social exclusion on our doorstep, as well as highlight the role pubs play within communities across the UK.

“We believe pubs are at the heart of communities and we’re proud to be working once again with so many pub landlords up and down the country who want to make a positive difference not just during the Christmas period, but all year round. We hope through Brewing Good Cheer we’re able to continue raising awareness of the issue of social isolation and inspires more people and publicans, to get involved and brew some good cheer this Christmas!”

Brewing Good Cheer was launched in 2016 and has helped over 2,000 lonely or socially isolated people in the last three years to network and make new friends. This year the number of pubs taking part is twice that of last year.
This year actors Ryan and Adam Thomas are helping to promote the campaign.

Eimear Walsh, licensee of The Winchmore in North London, which is hosting one of the lunches said:

“It’s great to be part of a national movement showing just how vital pubs are to communities and how they can help to combat loneliness.  Here at The Winchmore, we’re incredibly proud to be at the heart of our local community – not only providing great food and drink, but also those really important aspects of life – a safe and welcoming environment for people of all walks of life.” 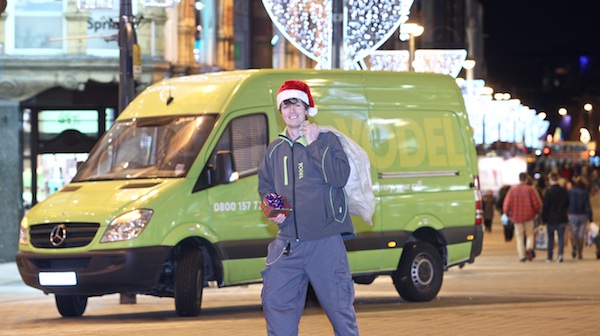 Yodel collects over 22,000 presents for Cash for Kids Appeal