Sightsavers is marking Blue Peter’s 60th anniversary by looking back at the 1986 Blue Peter appeal that gave the charity its name.
Blue Peter’s 1986 Sight Saver appeal asked children to host bring-and-buy sales to fund mobile eye units in Malawi, Nigeria and Tanzania. The aim was to raise £100,000 for the Royal Commonwealth Society for the Blind, which was the original name of Sightsavers.

Check out this throwback film showing the appeal and the incredible work done with presenter @MarkCurryBP #BluePeter60! pic.twitter.com/vq9x30dltK

During the appeal, more than 32,000 bring-and-buy sales took place across the country, with the final total reaching over £2 million.
Sightsavers liked the ‘Sight Saver’ name so much that the organisation re-branded and changed its name that year.
Blue Peter Editor Biddy Baxter said at the time:

“The appeal smashed all its targets and raised almost 20 times its original goal. Two million people in Africa will have their sight saved as a result.”

“The 1986 appeal is one of the standout memories for me from my time on the programme.
“I will never forget watching children walking hand in hand with their blind or partially sighted parents and grandparents guiding them across the villages.  I witnessed cataract operations performed by the Sightsavers team and saw the sheer delight when bandages were removed revealing eyes that could suddenly see again. I was totally in awe of this delicate work in tough conditions and with basic facilities.”
“Our filming trip wasn’t without problems. We lost electricity many times at our accommodation and hot water was scarce – we often bathed in the lake! We travelled for miles over unmade roads in dusty, hot conditions but we knew how important our filming was in encouraging viewers to host or attend Bring and Buy Sales. The whole Blue Peter team was thrilled and proud that the 1986 appeal exceeded expectations.”

The proceeds from the appeal helped to fund:

The anniversary edition of Blue Peter was the 5,037th episode. The one-hour live special, was broadcast on CBBC on 16 October at 5pm, and looked back over the past 60 years, welcoming past presenters including Valerie Singleton, Peter Purves, Anthea Turner, Konnie Huq and Tim Vincent. 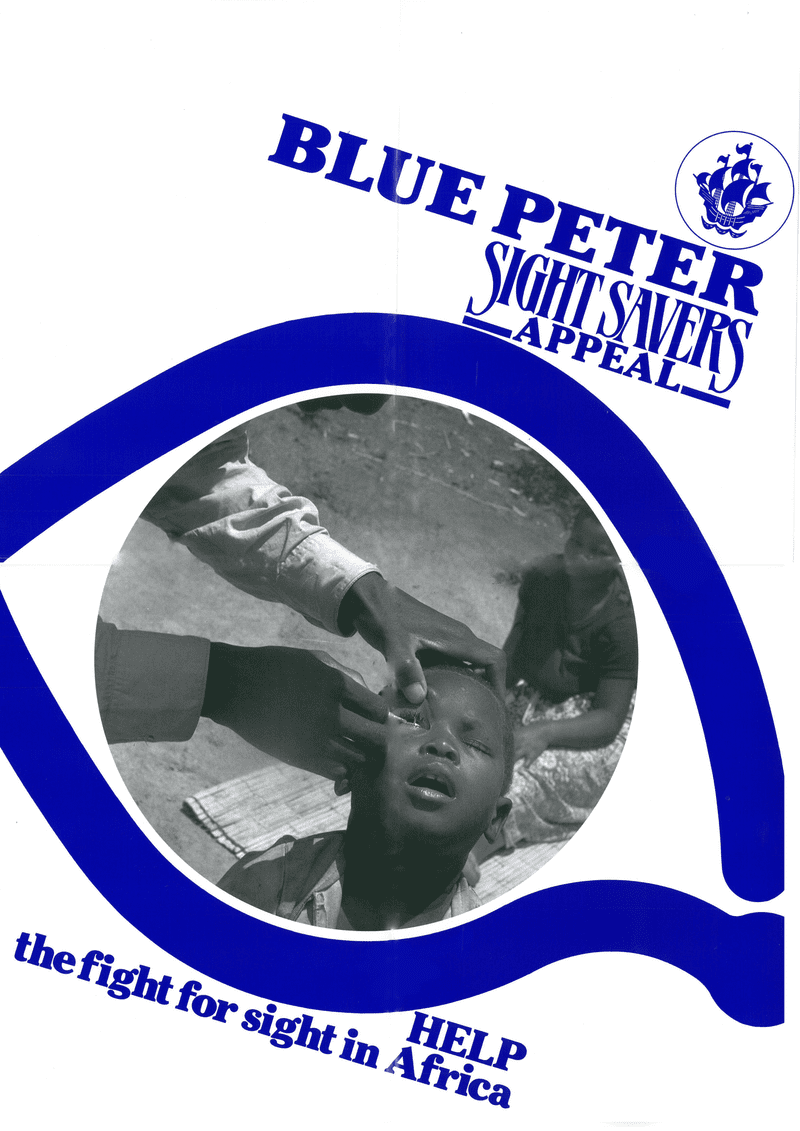