In this #BlogOff, fundraising consultants Bernard Ross and Dana Segal go head to head offering different answers to one important question: should you listen to your supporters?
Dana says YES…
It’s been a few weeks since the recent GDPR influx to my inbox; proclamations of love and a desire to keep in touch came from
organisations I didn’t even remember existed, let alone signing up to their mailing list.
This irony was that this sudden rush of love actually left me feeling rather cold. When did we stop having genuine conversations with our supporters? When was the last time you were asked for your thoughts by a charity you support that wasn’t in the form of a tick box survey?
In all my years of consulting and working with charities and arts organisations, I have never once read anywhere, in any fundraising plan or strategy, a line about asking supporters their thoughts about how/why/when an organisation fundraises through regular phone calls or meetings.
Are we afraid of finding out something we don’t want to hear? Have we just forgotten to check in? Is it an issue of ‘capacity’ or ‘resource’? Are we worried about bombarding them?
I’m going to let you in on my secret fundraising weapon…. talking to your supporters is the best thing you can do for your big new plan/campaign/supporters scheme.
I’ve had the pleasure and the privilege of consulting a lot of amazing human beings on behalf of =mc’s clients. Many of them offered refreshing perspectives on things that I assumed were important to them and gave extremely positive feedback on things that organisations are underestimating the value of (like taking 15-20 minutes to ask their thoughts). 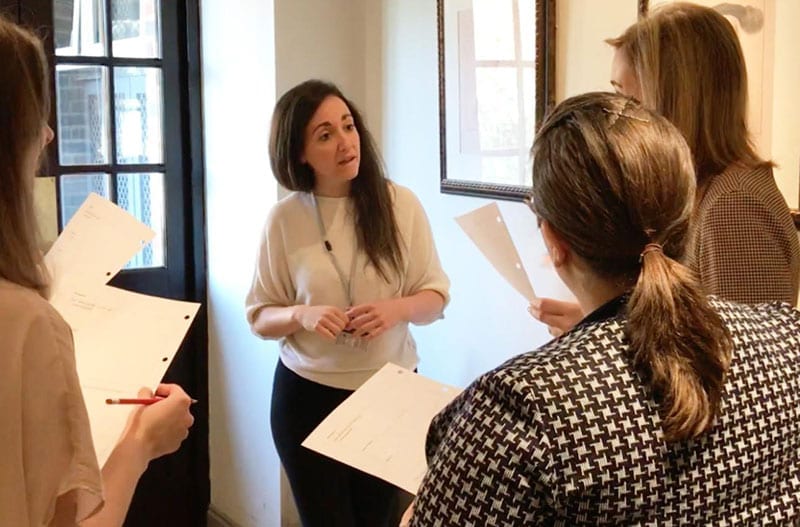 So why is this so effective?

If you do one thing after reading this blog – please give one of your supporters a call. Ask them their thoughts about an upcoming appeal. See if there is anything else you could be doing for them. Trust me – it will change your fundraising for the better.

Bernard Ross shares the opposite view in part two of the #BlogOff.

Dana Segal (MInstF) is a strategist and fundraiser with a specialism in and passion for the arts, culture and heritage sector.