This year’s Grow Your Tenner match-funding campaign launches on Tuesday 17th October at 10am.
LocalGiving’s flagship campaign, Grow Your Tenner will run until the match funding runs out, or on Thursday 16th November, whichever comes first. This year there will be a special emphasis on monthly giving with LocalGiving aiming to help local charities and community groups attract long-term supporters.
One-time donations will be matched up to £10, until the pot runs out, while monthly donations set up during the campaign will be matched by up to £10 per month. The matching will take place after the first six donations, and be applied to the following six donations.
Grow Your Tenner 2017 has a match fund pot of £200,000. £100,000 is reserved for one-time donations and £100,000 for monthly donations.
LocalGiving is running a series of webinars in the run-up to the event, which will focus on how to make the most of the campaign including how to attract regular donors. A range of resources will also be available to help members make the most of the campaign.
LocalGiving is also asking charities to complete its local charity survey for a chance to win a £500 donation. The survey closes on 2nd October. 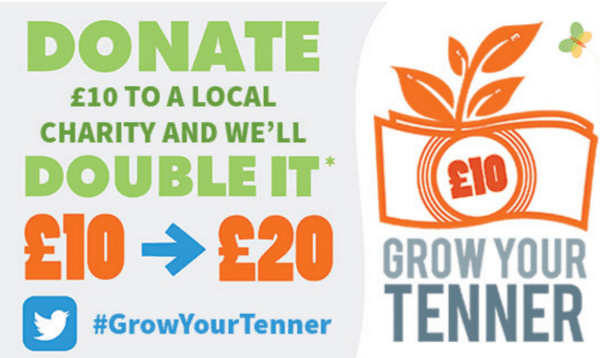 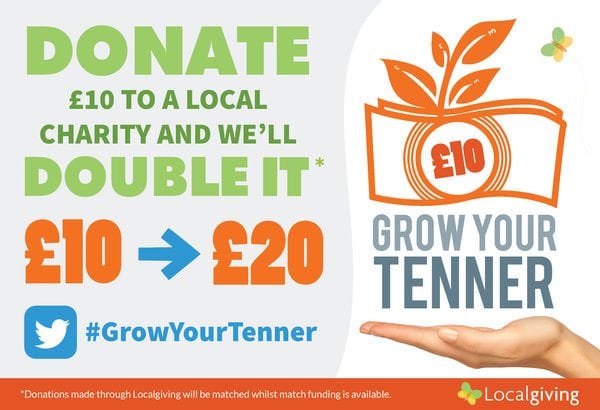 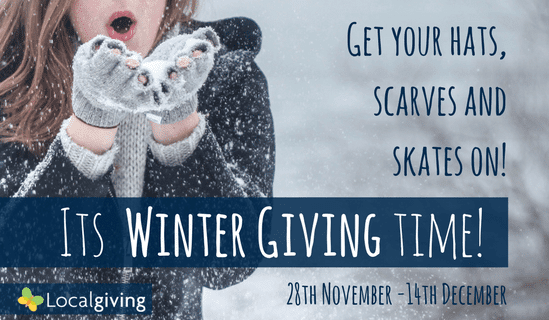 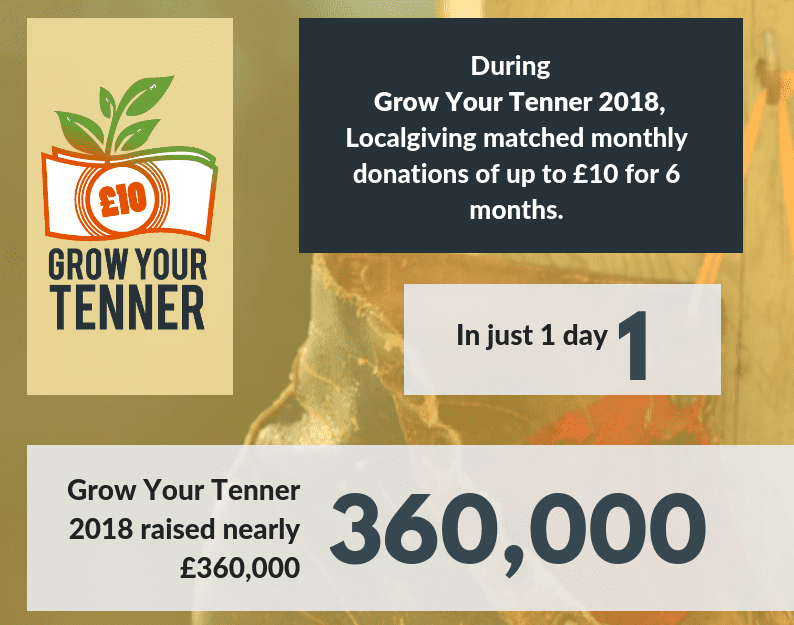