MegaMorph, a three-metre high statue of the cheeky clay character from children’s TV, is part of a new exhibition in Bristol that will raise funds for Bristol children’s hospital charity The Grand Appeal.
Presented by the charity and Aardman, the ‘Morph: Still Naughty at 40!’ exhibition at The Mall at Cribbs Causeway, will celebrate Morph’s 40th birthday.
Running from 14th July to 5th  September at The Gromit Unleashed Shop in the shopping centre, its exhibits will include a showcase of 20 original Morph sculptures designed by Morph’s creator Peter Lord, and it will be accompanied by exclusive Morph merchandise.
Morph’s sidekick Chas will also be represented at the exhibition. 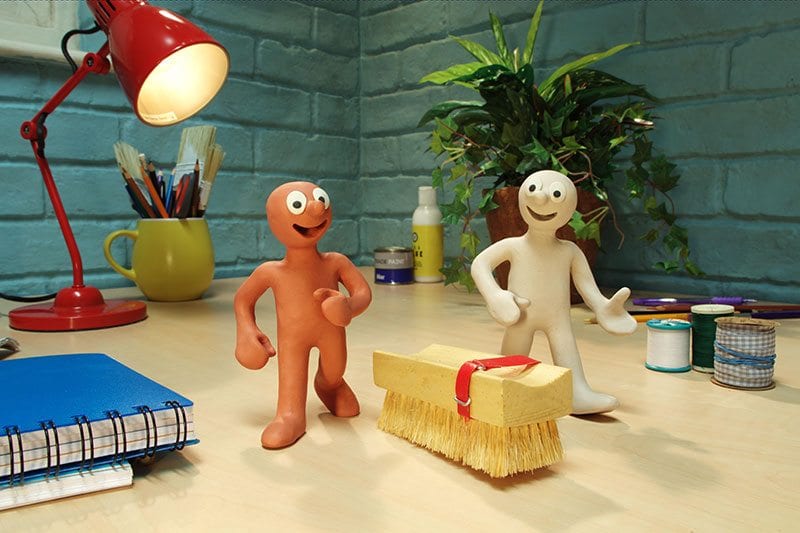 Morph tours the streets of Bristol

MegaMorph will tour the streets of his home city Bristol this June to promote the new exhibition.
He can be found:

Spectators are encouraged to take the best #myMorphselfie they can, and they will then be entered in to a competition to stand a chance of winning official ‘Morph: Still Naughty at 40!’ merchandise. 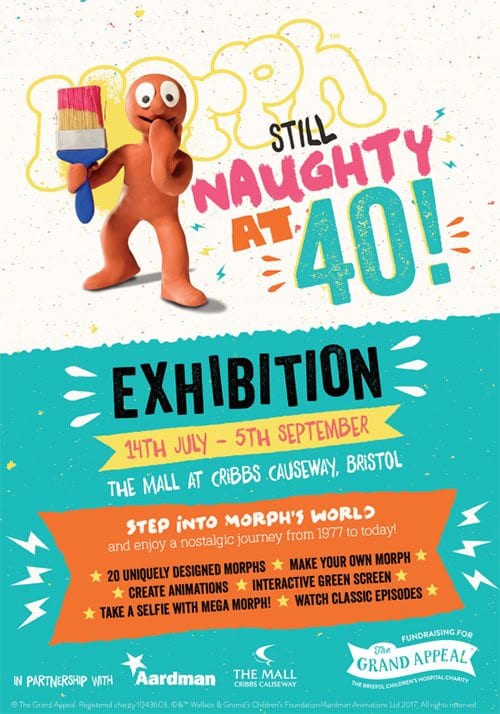 Entrance to the exhibition at The Mall is free, with a suggested donation of £2 to Wallace & Gromit’s Grand Appeal.
Co-creators of Morph and co-founders of Aardman, David Sproxton and Peter Lord said: “We never would have imagined 40 years ago that we’d have a big exhibition celebrating the world of Morph in his magnificent home city of Bristol.
“For a lot of people, Morph inspires real childhood nostalgia and yet he’s also moved with the times; Morph is a 21st century chap with his own emoji set, and has an emerging young fan base generated from his very own online series, so the exhibition really is for everyone.
“MegaMorph is really something else too, and seeing him tower over bystanders is something we’re really looking forward to while he makes his way around Bristol!
Lauren Howard, Brand & Development Manager for The Grand Appeal said:
“It’s brilliant to see MegaMorph out and about in Bristol, and we’d like to thank The Mall at Cribbs Causeway for their fantastic support of this project. This exhibition is jam-packed with amazing activities for the whole family to enjoy, and we hope it makes the wait until our 2018 summer trail that little bit easier!
“’Morph: Still Naughty at 40!’ celebrates a landmark year with our wonderful partners at Aardman and creates a special day out for families and Morph fans everywhere, all while raising vital funds for lifesaving equipment at Bristol Children’s Hospital and the young patients who so desperately need it. The exhibition is our way of doing that and we can’t wait for it to get started!” 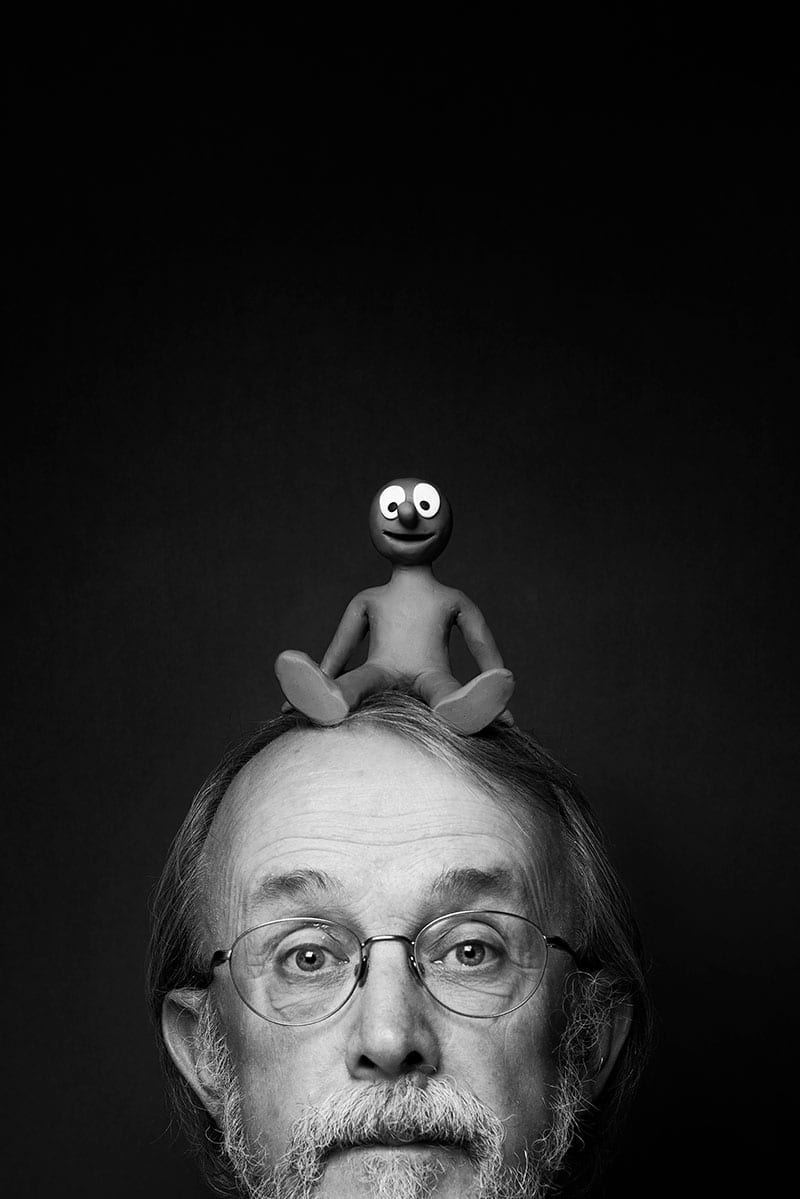 Animated clay character Morph made his TV debut in 1977 in the children’s BBC programme Take Hart.  He was created by Peter Lord and David Sproxton and produced for the BBC by Aardman. He lived in a wooden pencil box on the desk of the artist and show host, Tony Hart, and generally got into mischief. He was later joined by his cream-coloured pal, Chas, who was much more badly behaved.
Morph was a regular fixture on children’s television throughout the 70’s and 80’s. Despite a long hiatus from TV screens, he retained a strong following among his original fans, now adults, many of whom called via social media for a comeback. So in 2013, Morph launched a successful campaign on the Kickstarter crowdfunding website which resulted in a brand-new series that premiered on his dedicated YouTube channel. 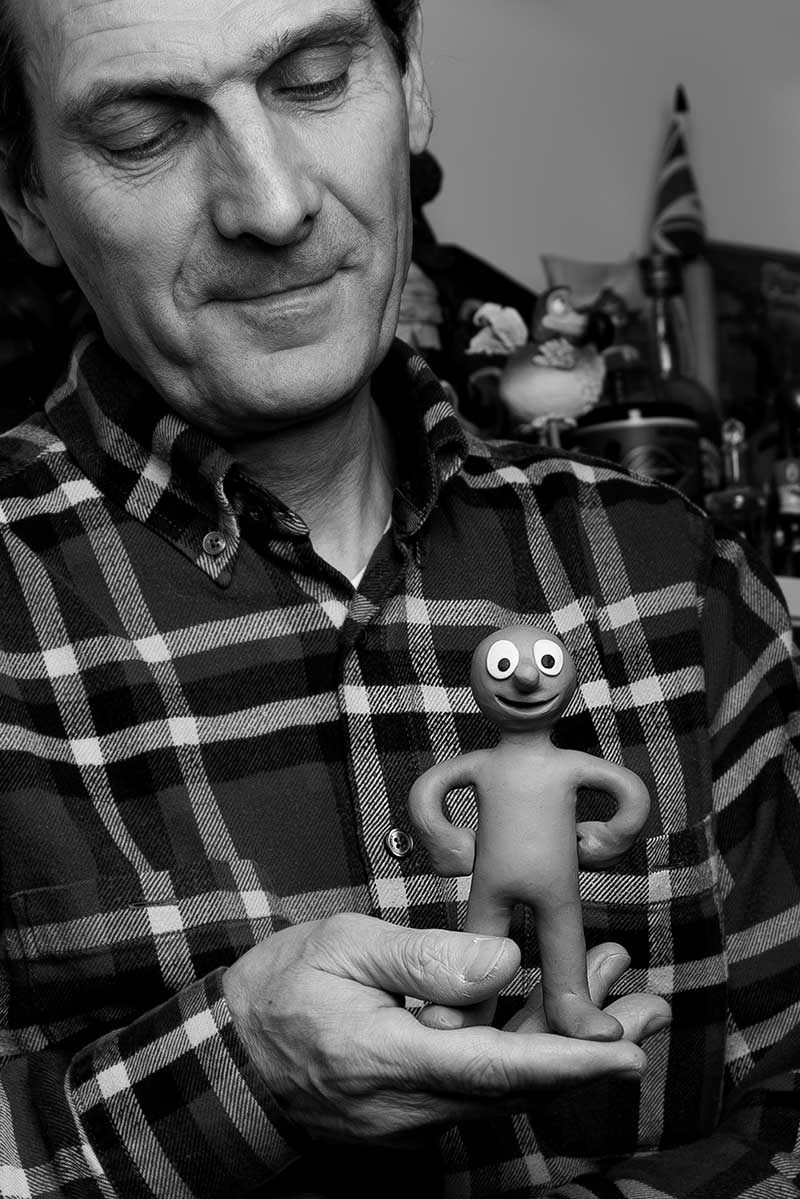 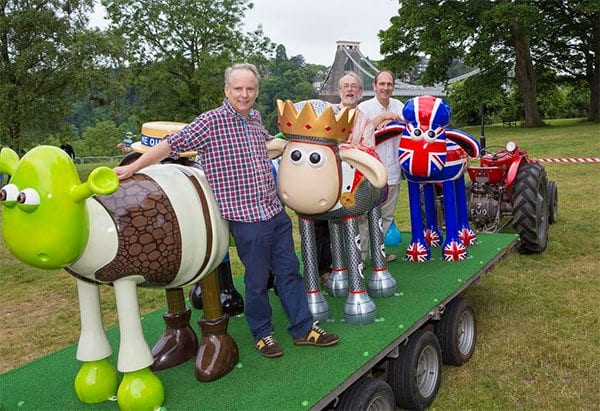 Aardman’s Nick Park and Shaun in the City

Morph: Still Naughty at 40! is the latest public art exhibition and partnership between The Grand Appeal and Aardman. ‘Gromit Unleashed’ and ‘Shaun in the City’ together drew 2.3m people to Bristol, raising over £8 million to date for sick children.
The Grand Appeal’s next arts trail with Aardman is planned for summer 2018. It first hinted at a new exhibition in February 2017.