Wallace & Gromit’s Grand Appeal and Aardman are to bring another public arts trail to Bristol in the summer of 2018. The new trail will build on the success of their two previous arts trails in the city – Gromit Unleashed and Shaun in the City. Together these raised over £6 million for the charity and brought 1.2 million people to Bristol.
Gromit Unleashed was the first ever public arts trail to feature a licensed character, with Aardman’s canine character taking to the streets of Bristol in 2013.
The details of the trail will be announced later this year. Nicola Masters, Director of The Grand Appeal said:

“We have been overwhelmed with the public support we have received over the years since we first launched Gromit Unleashed in 2013. The Bristol public took our event to their hearts and Gromit mania took over the city.
“In 2015 our loyal supporters didn’t disappoint, and not only came out in their droves to see Shaun the Sheep in Bristol but also in the capital, for the trail which took place in London at Easter time.”

She added that the charity receives enquiries and requests for another trail almost daily. 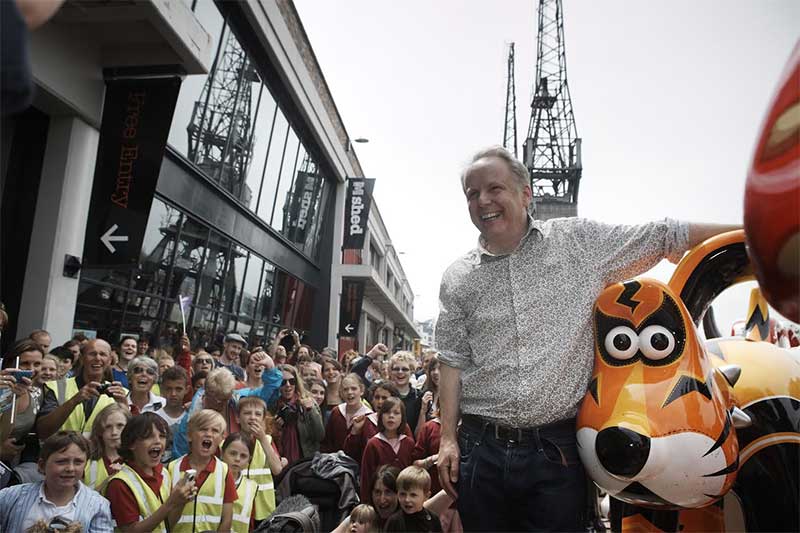 The new arts trail will appear five years after Gromit Unleashed, and will involve not just design but community events and fundraising initiatives. The team plan “new ways to interact with the sculptures” and will showcase new areas of the city “with a colourful character”. They say that the trail will be even bigger than the 2013 trail.

2018 will also see Aardman release their pre-historic comedy adventure ‘Early Man’ directed by Academy Award® winner Nick Park.  Set at the dawn of time, when prehistoric creatures and woolly mammoths roamed the earth, ‘Early Man’ tells the story of how plucky caveman Dug, along with sidekick Hognob unites his tribe against the mighty Bronze Age in a battle to beat them at their own game.
David Sproxton, Aardman Co-founder and Executive Chairman said:

“We at Aardman are very excited to be working with The Grand Appeal team to plan another great art trail for Bristol to raise funds for the Children’s Hospital.  We know families from Bristol and much further afield love these trails and we want to make this next one extra special, building on everything we’ve learnt from the last two.  Watch this space.”

The organisers are inviting enquiries from potential sponsors and artists.