Here are seven celebrities who are doing their bit for charity in a wide range of ways, from participating in challenge events, to becoming a charity patron, and donating items to be auctioned. 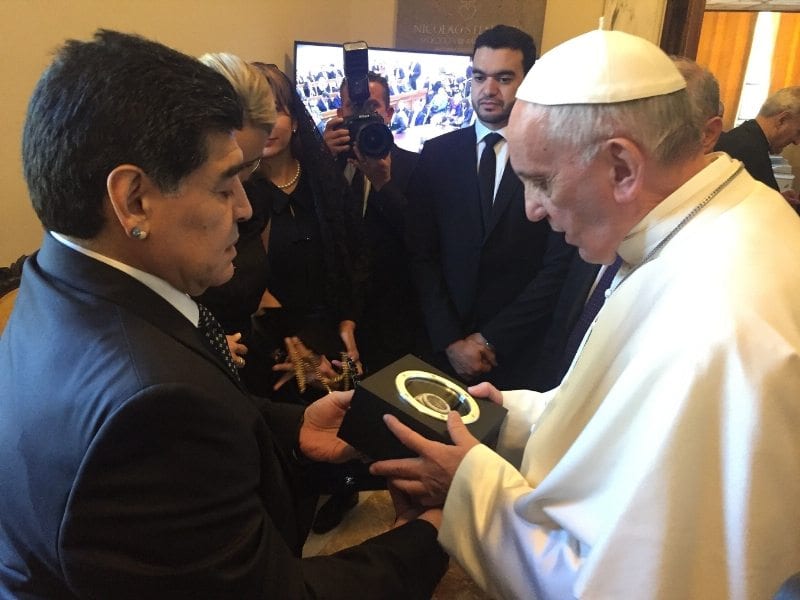 1) Maradona and the Pope

Diego Maradona has presented the Pope with a Hublot Big Bang Unico United for Peace timepiece. The one-off piece has a certificate of authenticity signed by the Supreme Pontiff and will be auctioned to raise funds for the Pope’s Scholas Occurrentes Foundation, the Centro Sportivo Italiano, U.N.I.T.A.L.S.I. and the Comunita Amore e Liberta. The donation was given to mark The Match of Friendship, organised in Paris this June by Hublot, which assembled thirty stars and legends of world football to take part, including Maradona and Pelé.

After swimming 3,300m biking 140km, running a half marathon and hiking up mount Etna I finally made it. @strivechallenge @bigchange_ pic.twitter.com/ty2nuci4M4

Princess Beatrice has completed this year’s Virgin Strive Challenge, which aimed to raise £1.5m for Big Change, a charity she cofounded with Sir Richard Branson’s children Sam and Holly. A core team of 25 hiked 95km from Zermatt into Northern Italy, then cycled over 2,000km, swam 3.3km, and them completed a half marathon up Mount Etna, and were joined by other participants at the different stages.

Lots of fabulous items for sale in our #Guildford shop at 7 #Tunsgate donated by none other than @Joancollinsdbe pic.twitter.com/Tvrl6Q4uIg

Joan Collins has donated over 150 items of clothing, shoes and jewellery to the Shooting Star Chase charity shop in Guildford, Surrey. Collins is the patron of the charity, which hopes to raise £10,000 through selling her belongings. The shop is running a silent auction for some of the most iconic items, which include a Chanel handbag, a pair of Manolo Blahnik shoes, a Tiffany necklace, and an Alexander McQueen bracelet.

Sky News presenter Sarah-Jane Mee raised over £800 for British Heart Foundation this month by taking on the Royal Parks Foundation Half Marathon. Mee ran with friend Michelle Garnier and the pair have so far raised £899 on JustGiving. 16,000 runners took part in the event on 9th October, with other celebrities including Nell McAndrew, Ben Fogle, Sophie Raworth, and Camilla Rutherford.

Chelsea Football Captain and Make-A-Wish ambassador John Terry has been awarded the charity’s first ever #WishMaker award, given to mark the charity’s 30th anniversary. Terry received the award at the charity’s fundraising Sports Dinner on 3rd October. As ambassador, Terry has so far met more than 50 seriously ill children. An auction to fund individual wishes and a silent auction of sporting prizes also took place at the event. 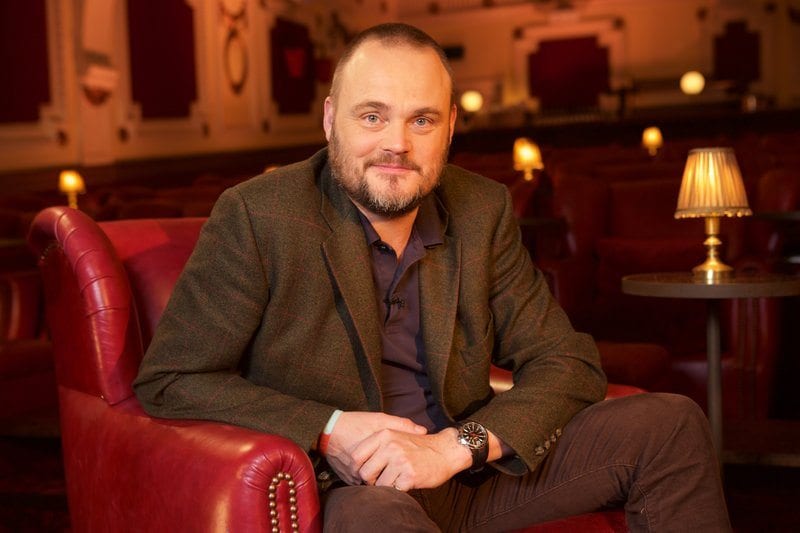 7) Gordon and Tana Ramsay and GOSH

Gordon and Tana Ramsay have held their own bake sale for Great Ormond Street Children’s Hospital. The pair set up in the GOSH canteen to sell cakes to patients, families and staff and answer questions about baking to encourage people to take part in the annual GOSH baking event, Bake it Better. The Ramsays also run the Gordon and Tana Ramsay Foundation, which raises money for the children’s hospital. Bake it Better runs from 17-21st October.
Main image: Gordon & Tana Ramsay meet 6 year old Emily at their Great Ormond Street Children’s Hospital bake sale.