Christian charities the Nexus Trust and Christian Solidarity Worldwide claim that The Big Give changed its rules during its matched funding campaign last week, which adversely affected the total they could raise.
The campaign successfully raised £2 million in a total of 45 minutes, consisting of £1 million in donations and a further £1 million from the Reed Foundation. The huge response from donors caused the site to crash so the giving actually took place over two days after the site returned.
However, the two Christian charities allege that the Big Give changed its terms and conditions during the campaign by combining all Christian charities into one ’cause’ which could receive a combined total of £20,000 in donations. Before that all individual charities registered on the site were each eligible for the maximum of 20,000.
The Nexus Trust claim that it invested considerable time and effort in promoting the Big Give campaign to its supporters. Dave Silber says the charity “committed over 1,200 man hours, made several thousand texts, phone calls and emails, spoke at 18 events, [and] had 100s of leaflets printed” to persuade their donors to go online for the start of the campaign. They had secured ‘known pledges’ of over £16,000 plus over 80 pledges of unknown amounts. As a result, they expected to reach the £20,000 maximum, and thereby double it to £40,000.
At the end of the first day of the campaign, after the site had crashed, they found the charity’s status on the Big Give website had changed to “this charity is no longer eligible for further matched funding”. This was not the sign that they had reached their maximum, but rather that the charity was now, together with other faith organisations, part of a new category called ’causes’, which had a total limit of £20,000.
In the end, the Nexus Foundation raised nearly £6,000 which will be matched. Dave Silber of the Foundation said that they are grateful for that. He has spoken with Jon Brooks, Managing Director of The Big Give, but still feels that the organisation misrepresented the rules and promotion of the campaign. He argues that the experience has undermined the confidence of the foundation’s donors in its communications and calls for support.
Christian Solidarity Worldwide also mobilised its supporters to give to the matched giving campaign, only to be “informed of the decision to exclude Christian charities and change the Big Give terms and conditions partway through the donation process,” according to Corinna Loges, Director of Communication. It raised around £4,000 which will be matched.
She added: “The Big Give created a Big Mess. We are looking [at] vast amounts of wasted time and energy; ours and, even more importantly, those of our supporters.”
Jon Brooks, explained that the problem resulted from a combination of the technology failing and from a decision not to provide extensive detail about the terms and conditions on what was an experimental initiative for them.
Brooks told UK Fundraising that “the site crashed because its feedback technology was overwhelmed by the numbers of donors. We had caps on giving, for example £20,000 per charity, but the system wasn’t reporting donations above £20,000”. After it crashed on the Monday, The Big Give ensured that the these caps and the reporting messages were correctly in place. “We didn’t change the rules – we just made the mechanism work”, he added.
Secondly, he pointed out that the Reed Foundation does not usually support faith-based charities, so, like other grantmakers, was within its rights to limit the amount it would donate to faith charities. This policy was not new, and indeed the Foundation was willing to make some donations to charities that it would not normally support. But it wished to put a cap on this, to enable a wide range of charitable causes to benefit from this campaign.
Jon Brooks acknowledged that this policy hadn’t been explained in detail because the Big Give had chosen not to publish extensive or complicated terms and conditions for the first initiative of its kind that it had run.
He added: “The £1 million matched funding scheme has been a fantastic success. We hope to run similar promotions in the future, as innovative fundraising methods will play an important role in helping charities through the next few years.” 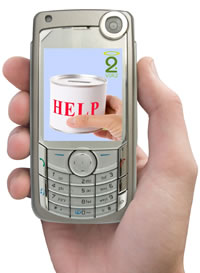 MP calls for end to VAT on charity donations by SMS

New .ngo and .ong domain names to launch on 17 March 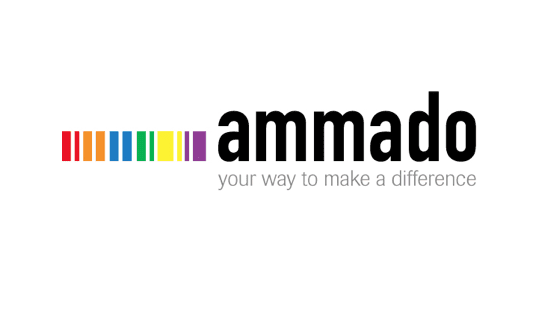