The RSPCA is launching an urgent appeal in support of what has been described as ‘the biggest animal rescue ever’.
It aims to raise awareness of the big increase in the number of animals needing help since the Animal Welfare ct came into force in April 2007. The integrated campaign, which includes a DRTV commercial, online campaign, press inserts, cold mail and door drop, has been developed in conjunction with Whitewater.
Through the new Animal Welfare Act the RSPCA can now act before an animal suffers, which has led to a dramatic increase in the workload of RSPCA inspectors, animal collection officers, centre staff and vets. The new campaign asks everyone who cares about animals to make a donation in support of the Biggest Animal Rescue.
The TV advertisement and additional footage can be seen on the website and visitors can also download useful animal care leaflets, find their nearest animal centres and make donations.
www.rspca-biggestanimalrescue.org.uk

Our Lasting Tribute to speak at Perfect Pitch – Direct Marketing

Baby Boomers more important than ever 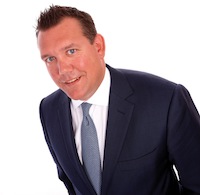 Valldata to take over Our Lasting Tribute