Clara brings over eight years of direct marketing experience, five of which she has spent in the charity sector, including posts in the donor development departments at The Children’s Society and at the Royal Association for Disability and Rehabilitation.

Most recently she was Senior Account Director in the one-to-one fundraising team at The Children’s Society where she was responsible for generating a net income of £2.5 million for the charity, as well as devising and managing a fully costed mix of income generating campaigns.

In her new role she will be heading up Macmillan’s Direct Marketing team which utilises a broad range of direct response media to generate in excess of £10 million per annum from new and existing individual supporters.

New Director of Communications and Marketing at Breast Cancer Campaign 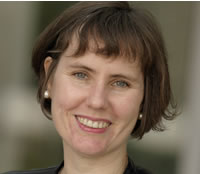