Here are 10 ways brands are raising funds for LGBTQIA+ causes this Pride month, from cocktails and children’s stories, to a new Tom Daley collection, and a collaboration between Cher and Versace.

Hotel group YOTEL is marking Pride month with a new cocktail and mocktail and donating 100% of proceeds directly to Switchboard. Customers can also donate directly to the charity at YOTEL London City, Glasgow, Edinburgh and Manchester Deansgate for the month of June, plus YOTEL has rolled out updated LGBTQIA+ training to staff in the UK. The ‘YOTEL Pride’ cocktail and mocktail are available in London City, Glasgow, Edinburgh and Manchester Deansgate throughout the month of June, priced at £6 with 100% of proceeds directly benefiting Switchboard.

Partnering with Trade Sexual Health, British sock maker Pantherella is donating 10% of all sales of its unisex Shine socks to the charity. The British brand has been making socks in the same family-owned factory in Leicester since 1937, making the local charity the perfect partner. Part of Pantherella’s Sports Luxe range, the Shine sock features a rainbow design, synonymous with the Pride movement. Knitted from Egyptian Cotton with a touch of Lycra, there is also a variety of special features such as a ventilated top, arch support and cushioned sole for all-day comfort. Pantherella has been continuously donating to charity through the profits of its Shine sock for over two years now.

Dr Martens has launched Pride Generations – a series giving voices in the LBGTQIA+ community a platform. Pride Generations is Dr. Martens first unbranded campaign featuring the talents of Lady Phyll (co-founder of UK Black Pride) and Lucia Blayke (founder London of London Trans+ Pride) in the first episode, discussing their work in activism as well their personal background and organisation’s history. Coming in June will be Kia (artist and ex-mother of the House of LaBaija) and Lee Soulja (founder and father of the House of Soulja) who both share their history with the ballroom scene. This year Dr Martens will also be donating more than £200,000 across the globe for charities including akt in the UK, ReBit in Japan and Black Rainbow in Australia (amongst many others).

This year Costa Coffee is teaming up with Switchboard with a special limited-edition reusable waffle cup. Available in selected Costa Coffee stores and online, £1 from every sale will be donated. Since 2019, Costa Coffee has raised over £130,000 for Switchboard. For the first time, Costa Coffee will also be an official partner of Brighton & Hove Pride 2022, which runs from 5 to 7 August. Costa Coffee will have a pop-up store situated in Preston Park with photo opportunities, Espresso Martini happy hours and its summer drinks menu of Frappes and iced coffees. In addition to the main arena activity, members of the Costa Coffee LGBT+ Shine network will also take part in the Brighton & Hove Pride Parade on 6 August.

IKEA’s LGBT+ rainbow flag Storstomma bag is back, in small and large versions, with 100% of profits being distributed to support local LGBTQIA+ initiatives.

The Biscuiteers Ginger Pride gingerbread person is iced with a rainbow striped t-shirt, and 10% of all sales are being donated to the Kaleidoscope Trust.

New Look has released a colourful limited-edition collection of t-shirts to celebrate Pride Month. It is working in partnership with the LGBT Foundation, and donating 100% of profits to support the LGBTQIA+ community. The collection is made up of seven styles, inspired by the Progress Pride flag and is priced between £11.99 and £12.99.

Tom Daley has released a new collection of Pride-themed t-shirts, hoodies, tank tops, and sweatshirts via his Made With Love fashion label. 100% of the proceeds is going to Rainbow Railroad.

Possibly best of all, is Chersace – Cher and Donatella Versace have united for Pride Month 2022 as CHERSACE, and created a limited capsule collection of styles in benefit of Gender Spectrum. For £280 a Chersace Pride t-shirt could be yours.

In fact – here’s an 11th. Deliveroo has partnered with queer performance charity Raze Collective to celebrate 50 years of Pride, cabaret and performance in the UK by opening Liza Minnelli-inspired deli shop ­ ‘Liza The Deli & Friends.’ From Saturday 25 to Sunday 26 June between 10 and 4 at 22 Greek St, London, the Soho pop-up will provide visitors with an immersive ‘Liza’ performance by Drag Race UK vs The World winner Blu Hydrangea live from the pop-shop window, alongside several LGBTQ+ artists from Raze Collective that capture the essence of Cabaret culture. The ‘Liza The Deli & Friends’ pop-up shop will allow consumers to ‘eat an icon’ and purchase a range of delicious and dazzling eye-catching food inspired by LQBTQ+ stars. All profits are going to Raze Collective and being matched by Deliveroo, with a recommended minimum £5 donation per item. 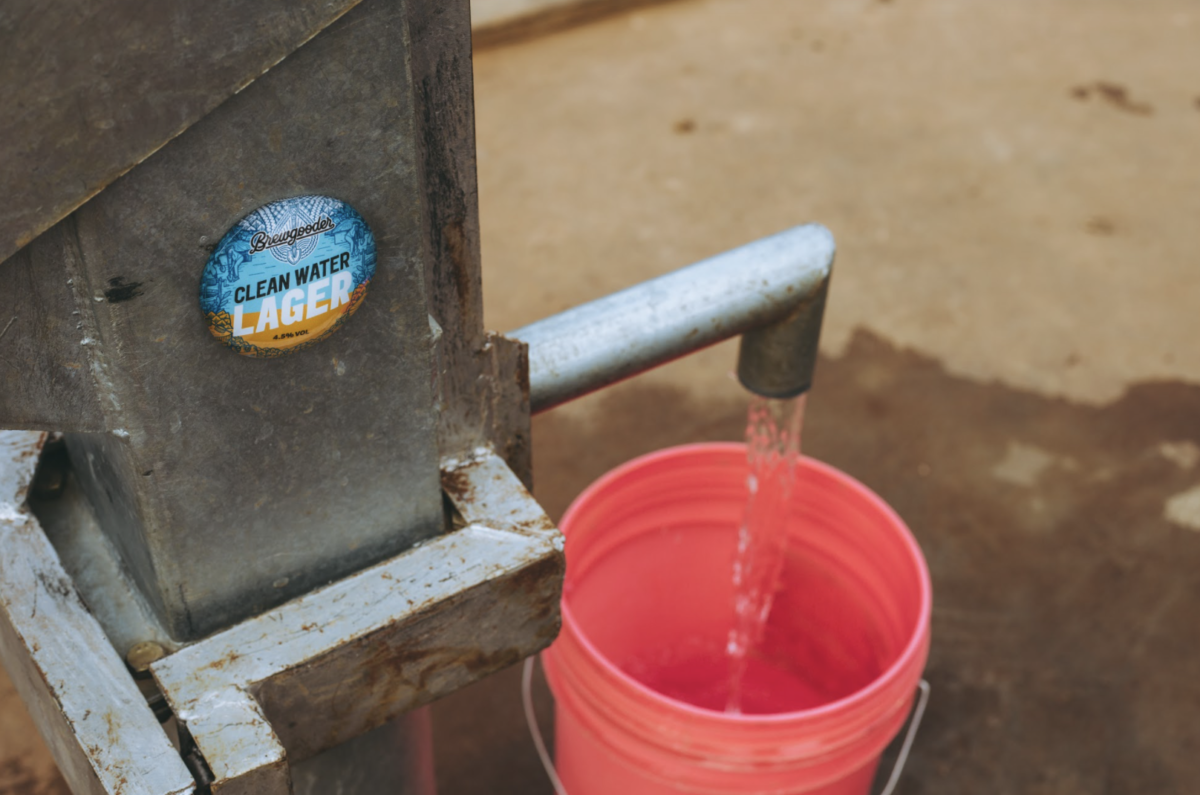 From beer to clothing: 7 products raising funds for charity 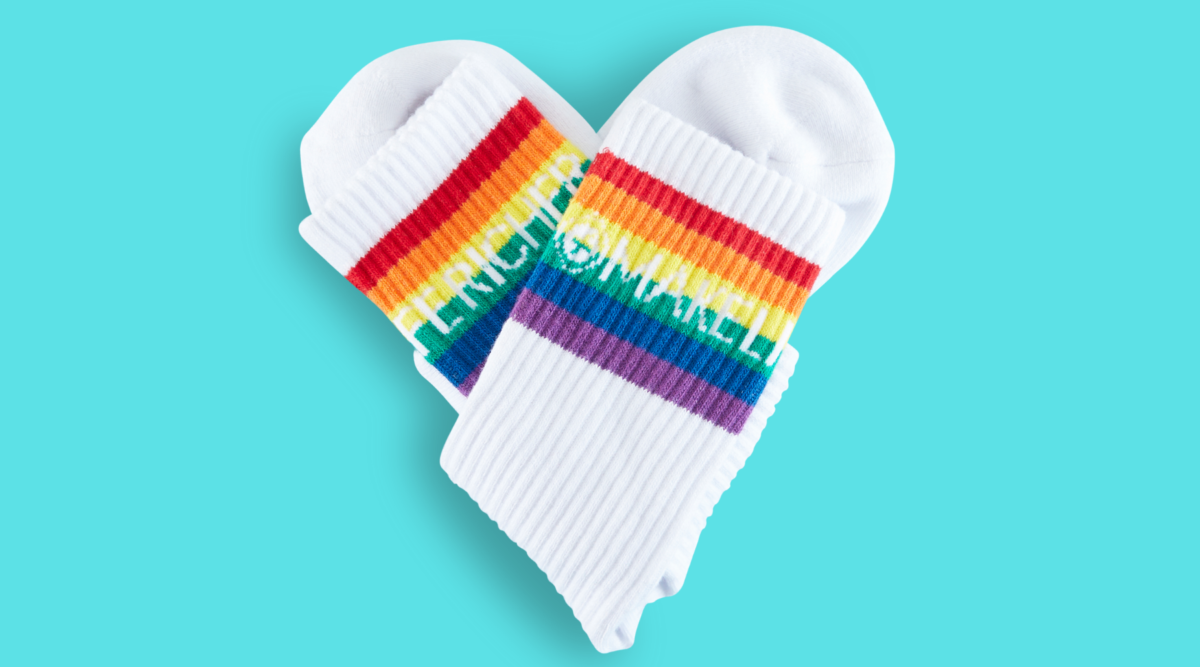 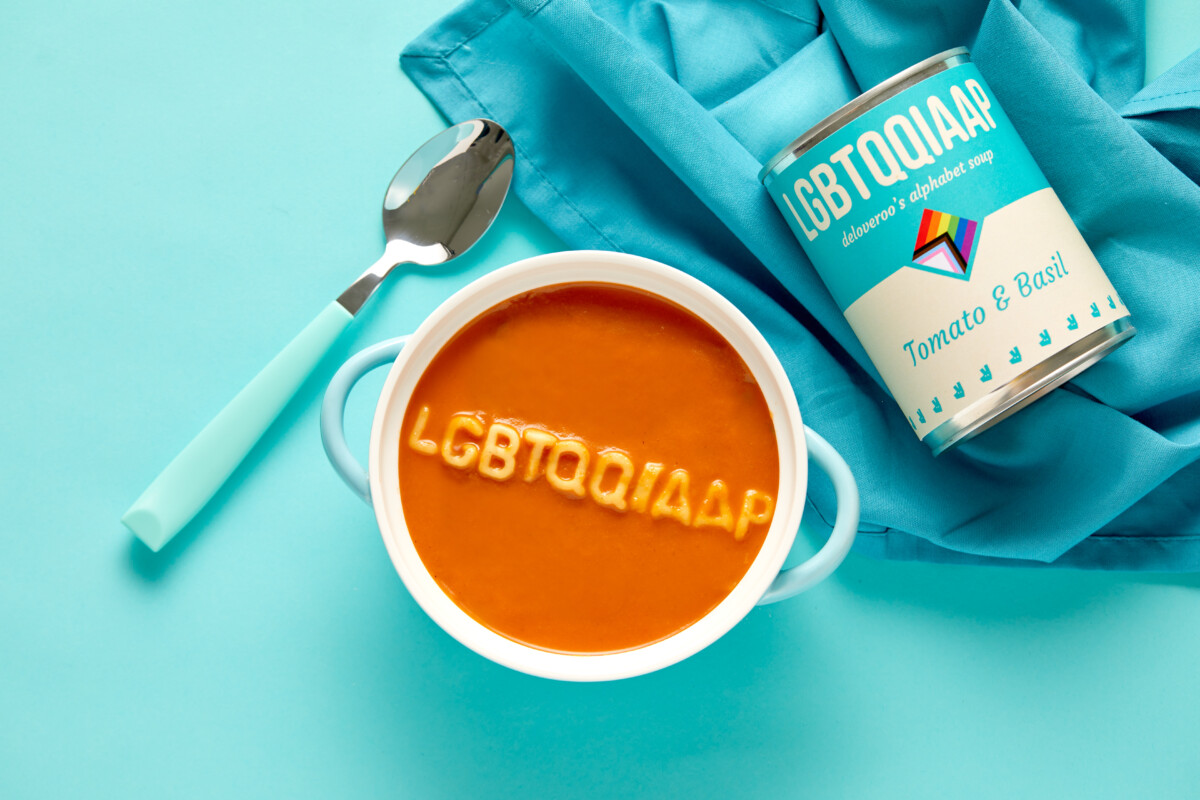 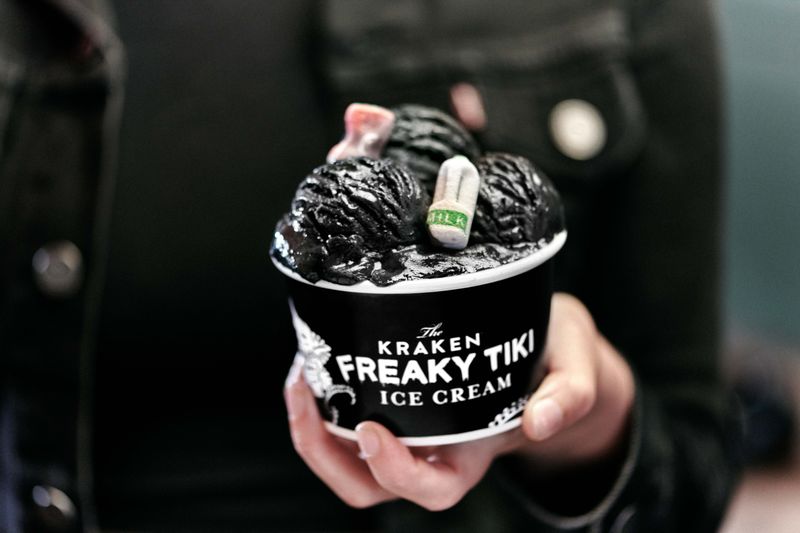