The British Red Cross is launching a project for this year’s Black History Month that aims to share and preserve the stories of people who have contributed to the history of the British Red Cross, but whose voices have historically been ignored.

The project will see the charity proactively search for individuals from racially and ethnically diverse communities who are connected to it, collecting their stories through audio recordings. These recordings will then be stored in the charity’s archive for use in telling the story of the British Red Cross into the future.

In October 2020, the British Red Cross launched an online exhibition, Black History is British History, showcasing the work of Black humanitarians, past and present, involved with the work of the Red Cross. However, when compiling the exhibition, British Red Cross teams uncovered many images of Black people and people of colour without names or context. In response, the charity included a focus on preserving the contributions of Black people and people of colour in its new heritage strategy.

Stories currently featured in the archive include, Dr John Alcindor (pictured), a physician and activist for racial equality who overcame prejudice and discrimination to help others during the First World War. After being rejected by the British Army because of his Trinidad origin, he persisted with his desire to help those in need by joining the British Red Cross as a volunteer and treated countless wounded soldiers at London railway stations as they returned from the battlefields. The British Red Cross awarded him a medal for his life-saving work.

“Heritage is a huge part of who we are, and we believe it is important that we recognise the contributions of Black people and Black communities that have shaped the history of the British Red Cross and our sector.

“Through this project, we want to show our long-term commitment to researching and recognising our Black volunteers, staff and notable humanitarians, who have shaped the world we live in today. These voices and stories are valuable and should be heard by current and future generations.”

The British Red Cross is also implementing a new Anti-racism two-year programme and Inclusion and Diversity strategy to help it become a more inclusive, diverse and actively anti-racist organisation.

Anyone with a connection to the Red Cross who is from a Black or other underrepresented background and wishes to take part in the project, can get in contact by emailing enquiry@redcross.org.uk with  ‘FAO Heritage team’ in the subject line. 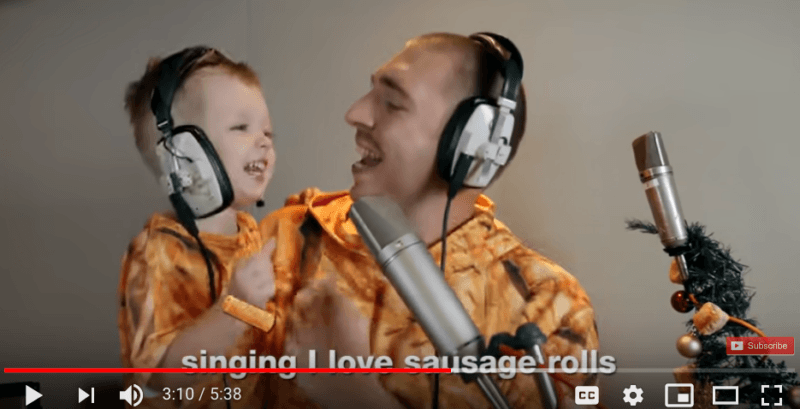 LadBaby storms to Christmas #1 with I Love Sausage Rolls