Chief Executive of the Chartered Institute of Fundraising Peter Lewis has today announced his decision to resign his position.

Lewis took the decision earlier this month, but the announcement has been put on hold until now while the CIoF has responded to sexual harassment complaints.

The Institute was informed of his resignation on 4 March and the recruitment process for a new Chief Executive will start shortly.

Lewis became Chief Executive in 2011 and oversaw changes to the organisation following the Review of the Fundraising Self-Regulation including a merger with the Public Fundraising Regulatory Association (PFRA) and the award of Chartered status in 2020.

“It has been a huge privilege to lead the Chartered Institute of Fundraising for the last 9 and a half years, and I feel enormously proud of what the staff, volunteer and Trustee team have achieved during that time.

“At my age, my dad took time to step back, take stock of his life, and consider what he most valued, then moved forward in another direction. With his death from Covid late last year, I decided it was time to follow his lead and resigned from my role as CEO of the Chartered Institute on March 4th.

“Having achieved Chartered status and come through the pandemic we need a fresh strategy that addresses the culture change we all agree is necessary for the sector. It is right for a new Chief Executive to lead that process and be charged with delivering against it.

“I look forward to supporting Claire and the Trustees in putting in place the plans to recruit for my successor which will begin in the coming weeks.”

Claire Rowney, Chair of the Chartered Institute of Fundraising, said:

“My fellow trustees and I are very grateful to Peter for leading the Chartered Institute for almost 10 years. Peter has helped the sector progress significantly during his tenure, including managing us through a time when our fundraising practices were under intense scrutiny, establishing fundraising apprenticeships and achieving Chartered status for the Institute.

“As we enter a new era it is time to begin our search for a new leader who will continue to develop the fundraising profession and our culture.

“We will shortly be starting the recruitment for his successor.” 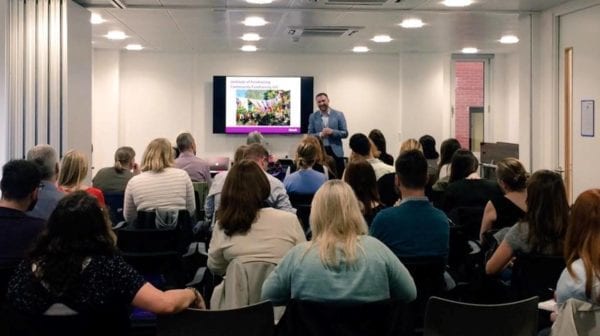