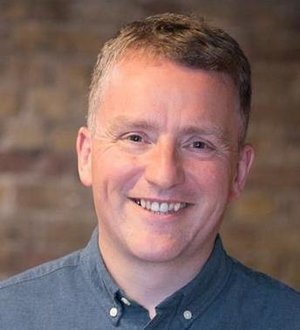 NCVO’s CEO Karl Wilding has today announced that he is stepping down from his role immediately, and will be leaving the organisation at the end of March.
His decision follows the completion of NCVO’s strategy review and organisational restructure, with it now being, Wilding says, time for someone new to lead the organisation’s necessary cultural change.
He has been its CEO for the last 18 months, and has worked for NCVO for 23 years in total.
In a statement, Wilding said:

“Following some very difficult decisions, the finalisation of our new strategy and organisational structure is complete.
“But we all know there is more to do to take forward changes in how NCVO works. When I was appointed CEO, I was clear that we had to challenge ourselves to think differently and do things better. We’ve been public about our work on EDI, which shone a light on the need for deep cultural change in the organisation.
“I am proud that our new strategy and structure has cultural change at its heart. NCVO has made substantial progress over the last 18 months, but we need to go further.
“With the strategy review, organisational restructure and the first part of our work on EDI complete, now is the right time for me to step away. Sometimes leadership is about knowing when to hand the baton on and I know I am leaving NCVO in safe hands.
“I believe that new leadership will be able to lead the necessary cultural change NCVO is determined, rightly, to achieve. That requires someone new, not part of the past.
“I will leave with real sadness, but I know it’s the right and responsible decision for NCVO. I will leave at the end of March. Until then, I will work with the board and interim CEO to support them, ensuring that the organisation remains stable and focused on the future.”

Sarah Vibert, NCVO’s current director of membership and engagement, takes over as interim CEO as of today.
A full search and selection process for a new permanent CEO will begin shortly, with a view to making an appointment by the Autumn.
Commenting on Wilding’s decision, Dr Priya Singh, NCVO chair of trustees said:

“On behalf of the board of trustees, I thank Karl for his many years of service to NCVO, especially his leadership as CEO of our new strategy, his collaborative work on the response to the global pandemic and his role in initiating our EDI work. Karl’s decision to leave is rooted in his integrity and a genuine desire to do the right thing for the organisation he loves. He goes with our very best wishes.
“I am delighted to confirm the appointment of Sarah Vibert, NCVO’s director of membership and engagement, as interim CEO from today. Sarah joined NCVO in January 2020 and over the last 12 months she has had a leading role in NCVO’s internal change programme, as well as our external collaborative work to make the case for charities and volunteering during the pandemic. Sarah will work closely with Karl and the board on a smooth transition.”