The last round up for this year of corporate support and fundraising help, featuring a range of companies and charities including Boeing and OpenUniversity, Nominet and Samaritans, and Bodyform and In Kind Direct.

Boeing has announced a contribution of more than £60,000 to the Open University’s University Disabled Veterans’ Scholarships Fund, which is now in its third year of accepting applications. The Scholarship Fund gives disabled veterans across the UK the opportunity to access education free of charge. Boeing’s contribution to the Fund will help more former service men and women plan for the future and a fulfilling career. This grant to the Open University is part of Boeing’s 2019 global charitable grants package totaling more than £36 million ($48 million). The grants, part of the Boeing Global Engagement portfolio, will support 404 charitable organisations in 50 countries, funding programmes into 2020 and beyond. One key pillar of Boeing’s community activity is support for veterans’ recovery and rehabilitation programmes and workforce transition services. In the UK, Boeing donates more than £450,000 each year to charity.

Thank you to all our @UKEnterprise customers, suppliers and colleagues who helped us raise a huge £590,000 for @BBCCiN @Enterprise pic.twitter.com/56EwfyXfd5

Employees from over 450 Enterprise Rent-A-Car UK branches raised almost six hundred thousand pounds for BBC Children In Need this year, thanks in part to the bespoke solution provided by digital fundraising platform Donr. Donr created a unique fundraising page and Text Giving keyword for all 459 branches of Enterprise Rent-a-Car UK, allowing each team to manage and track the fundraising efforts of their staff through a user-friendly dashboard. A leaderboard function was also developed for the company, to help promote friendly competition between regions and branches. 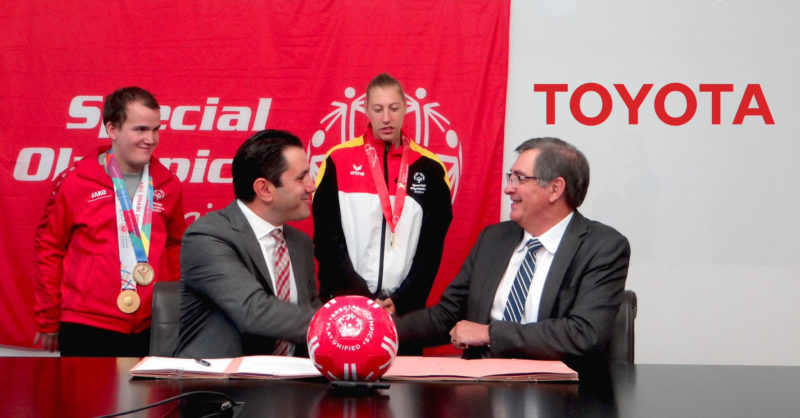 Toyota Motor Europe and Special Olympics Europe Eurasia have announced a three-year partnership from 2020 that will support grass roots inclusive programming and sports events across the region. The initiative reflects the spirit of Toyota’s worldwide Start Your Impossible campaign to inspire everyone to overcome their challenges and achieve their goals.

We’re delighted to announce that our partnership with @parkrunuk has passed the £1.5m mark! Since 2015, thousands of parkrunners have helped support pioneering dementia research and we’ve been blown away by your dedication and passion for our cause. Thank you. ?‍♀️?? pic.twitter.com/gwKWDnaQ7L

We're donating £1 to @samaritans for every new .UK domain registered until 17th January 2020. Hear from @ChrisAshworthNT, our Head of Public Benefit about where our support is going: https://t.co/GfZwWIbYs6 #Itsgoodto pic.twitter.com/0htfWAIrpp

Nominet, the tech for good company that runs the .UK internet, has announced that it will donate £1 for every new .UK domain registered to mental health charity Samaritans. The initiative runs until 17 January 2020, with Nominet donating a minimum of £140,000. The initiative is part of Nominet’s continued partnership with Samaritans, with Nominet already providing £175,000 to the charity this year, bringing the total donation for 2019 to at least £300,000. 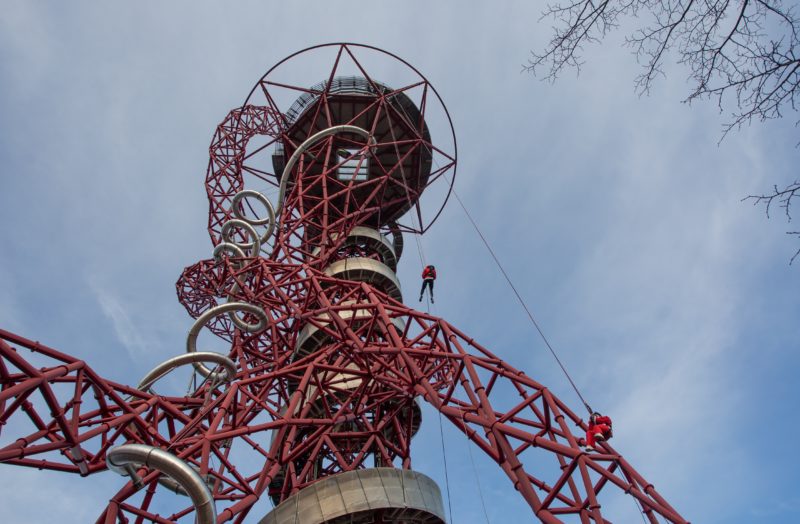 December saw 50 Metro Bank colleagues abseiling down the ArcelorMittal Orbit in London’s Queen Elizabeth Olympic Park in Stratford in aid of the Bank’s chosen charity partner, Teenage Cancer Trust. Two members of Metro Bank’s Executive Leadership Team braved the 80-metre abseil. Ian Walters, Managing Director of Retail and Business Banking was first down the Olympic structure, complete in a Santa outfit. The group has so far raised more than £8,000 from the challenge and colleagues at the Bank have pledged to raise more than £150,000 in total as part of a one-year partnership with the charity. With Metro Bank’s support, Teenage Cancer Trust will be able to recruit and fund a new team of highly specialist nurses to go into local communities across the country. The Bank also gives colleagues a ‘Day to AMAZE’ – a day, when they would normally be working, to volunteer their time and / or skills or give back to their local community. 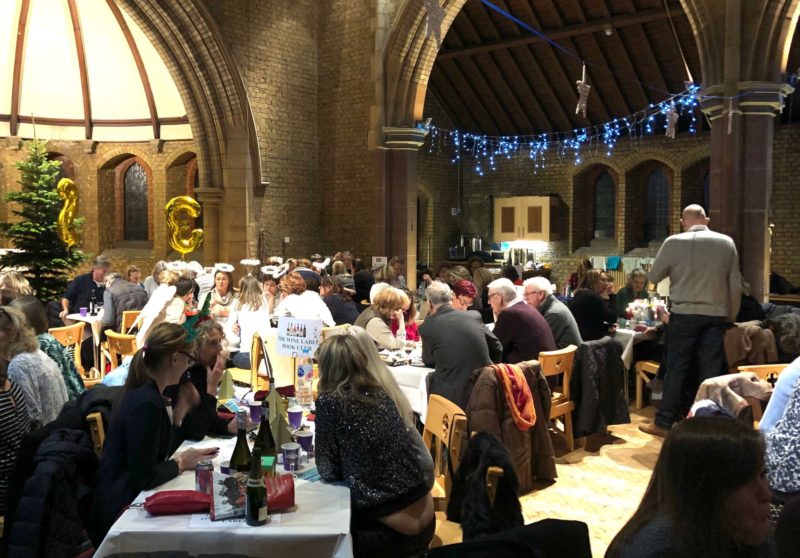 A literary-themed quiz night hosted simultaneously in venues across the country has collectively raised over £2,500 for the national literacy charity Coram Beanstalk. The quiz night took place on 5 December at several different locations including London, Norfolk and North Yorkshire.  The fundraising initiative is created by Literary Laughs, an organisation that inspires book clubs to come together to fundraise for worthwhile causes. Charities and book clubs are encouraged to host a quiz night on the same date, to invite friends, family and colleagues and to pay an entry fee per person or team. The Literary Laughs team then send the strictly embargoed literary quizzes (and answers) for the party to enjoy. 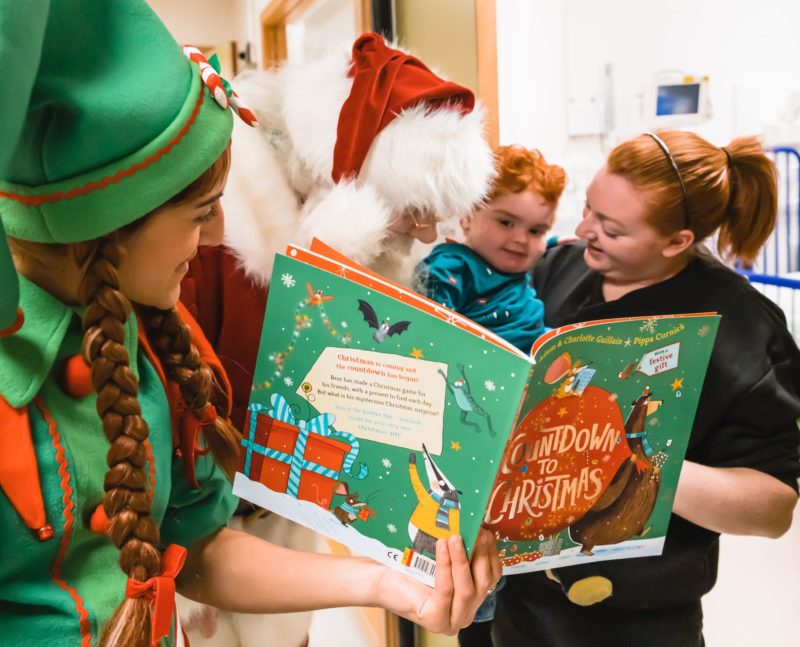 Premier Inn has launched a short story competition to raise funds for Great Ormond Street Hospital. It is encouraging children and young people aged 15 and under to submit an original 500-word short story around the theme of relaxation or inspiration. Stories revolving around friendship, families, animals or even science fiction are all welcome, providing they slot into the themes above. The competition runs from Tuesday 24 December 2019 through to early 2020 with stories judged in two categories: under 10s and ages 11-15. There will also be twelve regional runners-up. To launch the nationwide competition in the lead up to Christmas, children at Great Ormond Street Hospital (GOSH) were treated to story readings by Father Christmas and his festive elves. Premier Inn is a longstanding supporter of Great Ormond Street Hospital Children’s Charity (GOSH Charity) and the winning stories will be available for a donation, with all proceeds donated to GOSH.

Join us for an evening jam-packed with live music, entertainment, canapés, special offers & more, all in the name of a good cause. Tickets to our ladies night cost just £1 each with all ticket proceeds going directly to our charity partner @TeenageCancer https://t.co/iN34pBr8tV pic.twitter.com/s9Ifzi6jYV

Dobbies Garden Centres has now raised over £500,000 for its National Charity Partner, Teenage Cancer Trust. Dobbies announced Teenage Cancer Trust last year as its first ever National Charity Partner after having partnered with it previously over several successful Christmas fundraising periods. Fundraising takes place across the UK led by staff members in each of Dobbies’ 69 stores all year round through the donations from carrier bag purchases, individual store led activity, nationwide charity fundraising events and even members from Dobbies Central Support Office taking part in the 3 Peaks Challenge. Dobbies customers have also taken part in nationwide events such as the recent Christmas Charity Night, Santa’s Arrival and the infamous Ladies Night, which took place across all Dobbies stores leading up to the festive season.

With the help of #IKDPioneers @essity and @bodyform we are able to tackle #PeriodPoverty throughout the UK and keep children in school. https://t.co/Zs3bIjQd0T

Bodyform has doubled its commitment to help provide free sanitary protection to women and girls unable to access or purchase products for themselves or their families. Bodyform first pledged 100,000 pads per month to HRH Prince of Wales’ charity In Kind Direct in 2017 following news reports about women and girls becoming socially isolated, including missing school, due to a lack of appropriate sanitary protection. That pledge was due to end in January 2020 but will now continue for another three years. 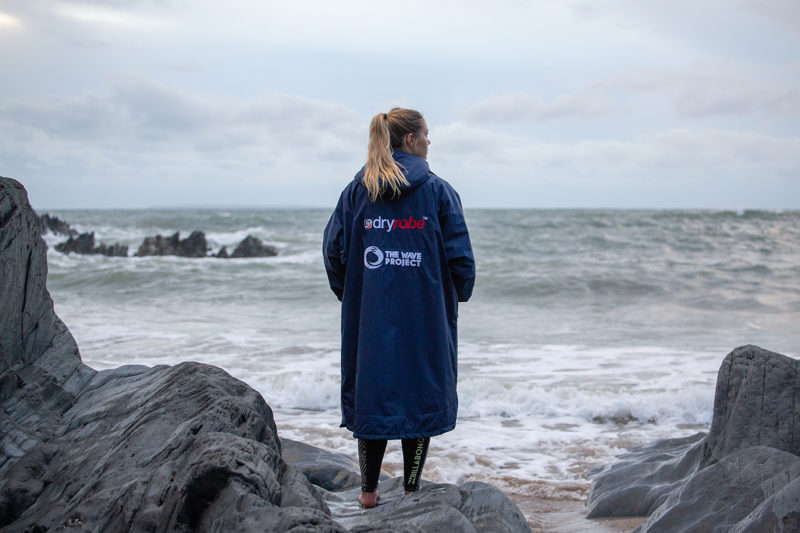 dryrobe is partnering with The Wave Project, to support the work it does to help vulnerable young people through surfing. The partnership will see dryrobe products in use across the country in Wave Project sessions, keeping clients warm, comfortable and happy while enjoying their time on the beach and learning to surf. Limited Edition Wave Project dryrobes will also be available to purchase online at www.dryrobe.com – 100% of the profits of each sale of this dryrobe will go towards supporting the incredible work that the charity does helping young people through surfing. 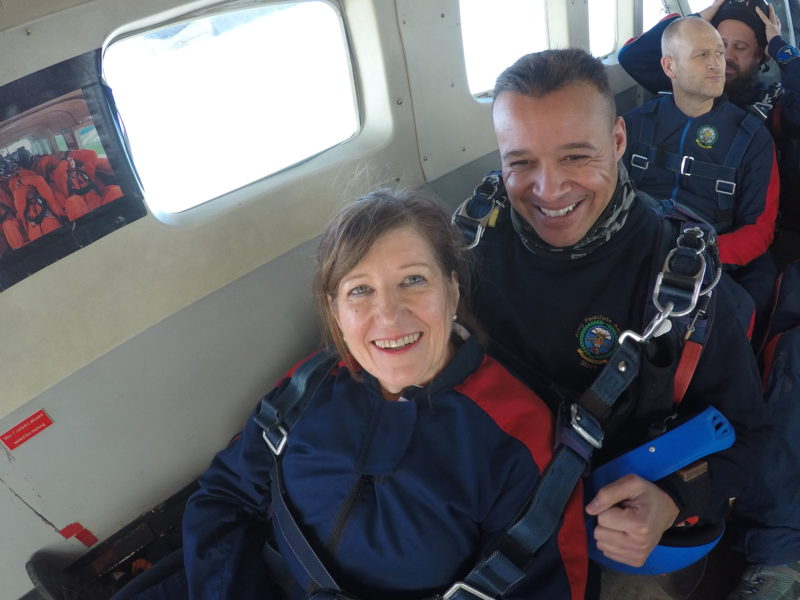 Judith Marcham and Darren Currie, who sit on the Risk and Audit team at Hamptons International have taken on a sky dive with the Red Devils Army Display team, raising over £2,500 for Cancer Research UK. The sky dive took place at Netheravon in Wiltshire, and the jump was over 13,000 feet. Cancer Research UK is Hamptons International’s charity partner, for its 150th year, it challenged each of its employees to raise £150. To date, the team at Hamptons have raised £118,000 this year; which brings its total to £363,000.