The Fundraising Regulator is to change the way it collects its levy, in a bid to better support smaller charities, it has announced.
The changes will apply to levy years 4 and 5, running from September 2019 to August 2021. They include two extra bandings at the lower end of the levy payment scale to make moving up the scale a more gradual process.
Some charities will pay a smaller amount in levy payments than in previous years but others will pay more. The Regulator’s stated aim is to ensure that the levy amount charged is ‘fair and proportionate’.
The Fundraising Regulator has also announced that payments are to be based on the information that charities provided in their most recent audited accounts and annual return to the Charity Commission, usually the 2016-17 or 2017-18 financial year.
The levy is currently based on annual returns made to the Charity Commission in 2014, the latest information available when the levy was launched in 2016. The levy will continue to be based on total fundraising expenditure of the charities eligible to pay it – those who have fundraising costs of £100,000 or more.
The changes will come into effect on 1 September 2019 with invoices issued as usual in August 2019. Charities who may be affected by the changes to levy bands will be informed in writing before invoices are issued. 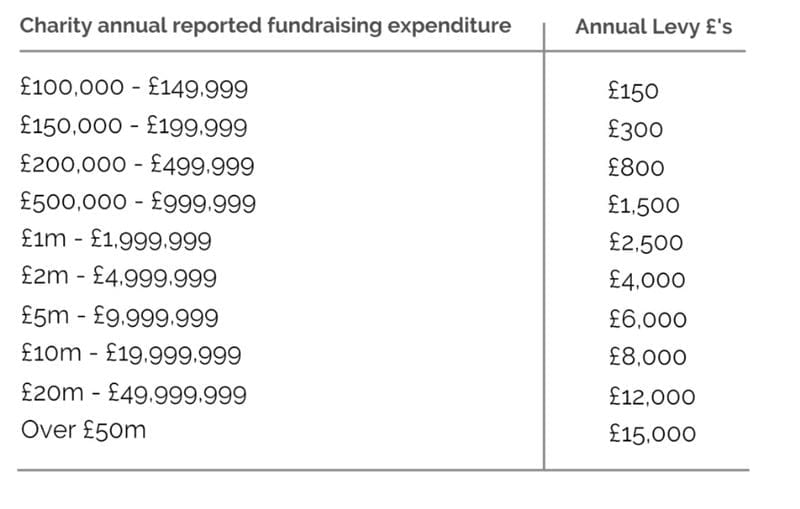 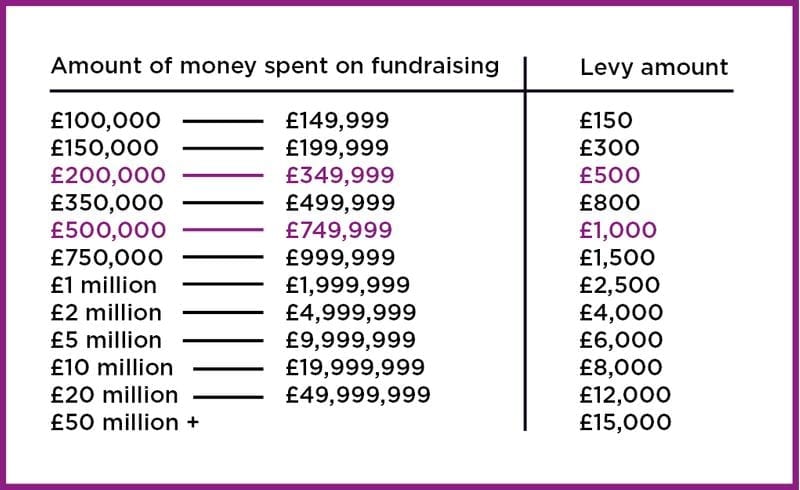 “Today’s announcement is about making sure that we are taking the fairest approach possible when it comes to our levy. By introducing two lower bands and basing who pays how much on more recent, accurate fundraising expenditure we are confident that today’s changes will reflect more closely charities’ current activity.
“We are really pleased that around 95% of the levy has been paid this year by charities within the levy, demonstrating their commitment to best practice fundraising. As always, we look forward to working collaboratively with the sector over the coming year.”