This year’s Movember campaign has seen the launch of contactless donation badges across the UK, America, Canada and Australia.
Participants are the first to wear the badges, which enable people to donate to the Movember men’s health campaign through a Near-field communication (NFC) chip. Tapping their badge opens an webform on the donor’s phone where they can select an amount and make a payment using Apple Pay, Google Pay or PayPal. Gift Aid can also be collected. 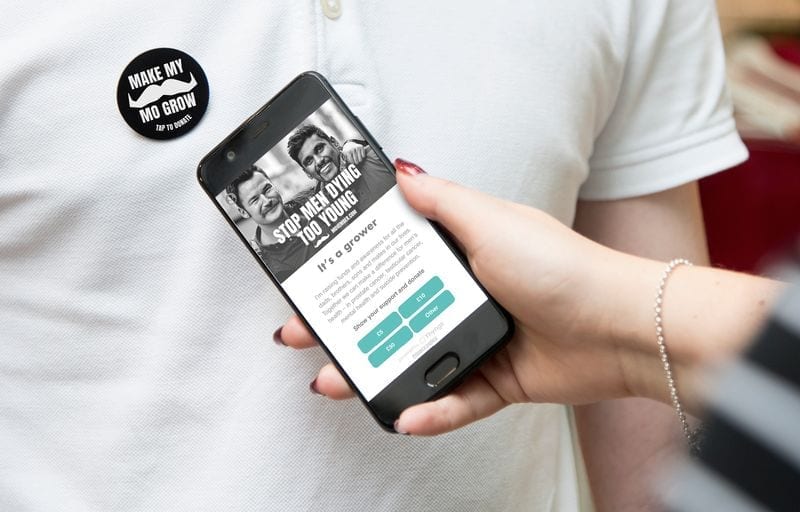 The badges were distributed throughout Movember’s campaign in a variety of designs. The idea came about after Movember realised many potential participants were put off by having to ask friends and family for donations.
London-based design agency, Bond & Coyne came up with the idea of creating the badges to get around this problem. The badges also have the added benefit of appealing to the growing number of people who want to donate, but do not carry cash.
Dan Ridge, Campaign Director at Bond & Coyne said:

“The technology in our smartphones is allowing charity fundraising to become easier than ever before. We’re really excited to push this technology, whether through wearable badges or on-street collecting. Soon contactless fundraising will be a pivotal tool for most charities.”