The Achates Philanthropy Prize has announced its 2018 shortlist, celebrating both individuals and companies for first-time cultural giving in the UK.
Now in its third year, nominations for the Achates Philanthropy Prize opened in June. There is a £10,000 prize fund, shared between the Individual Philanthropy Award and the Corporate Award, while the winners become custodians of a sculpture by British artist Peter Brooke-Ball MRBS for one year.
Ten new supporters for The Ministry of Stories, Northern Ballet, The Old Vic, The Plough Arts Centre, Theatre Uncut, and The Yard Theatre are shortlisted for the Individual Philanthropy Award, with six new corporate partnerships for The Museum of Architecture, National Centre for Writing, The National Youth Theatre, The Roundhouse, With One Voice (Streetwise Opera), & World Heart Beat Music Academy shortlisted for the Corporate Award.
Each individual and company on the shortlist has been nominated by a cultural organisation to express appreciation for their outstanding contribution within the last 12 months, which ranges from financial support, to experience and skill sharing, network growth and positive advocacy.
The winners will be announced at the Achates Philanthropy Prize ceremony at The Roundhouse on Tuesday 23 October by cultural philanthropist, Sarah Kowitz.
The Individual Philanthropy Award 2018 shortlist is:

The Corporate Philanthropy Award shortlist is:

“This recognition means audiences are being invited to see themselves as arts philanthropists for the first time, and the Achates Philanthropy Individual Prize is a way to celebrate these first-time arts donors. This year the shortlist spans dance, theatre and literature – with entries from across England, Scotland and for the first time, Wales – each one illuminating a different approach to how cultural organisations are binding themselves to their communities through giving.
“In the Corporate Award category, we have seen a large number of arts organisations focusing on capital projects this year, which has highlighted the important role property developers are now playing in driving cultural development across the UK.  What emerges is not just a story about buildings and financial investment, but also strategic thinking and real collaboration between property developers, arts organisations and the wider community.” 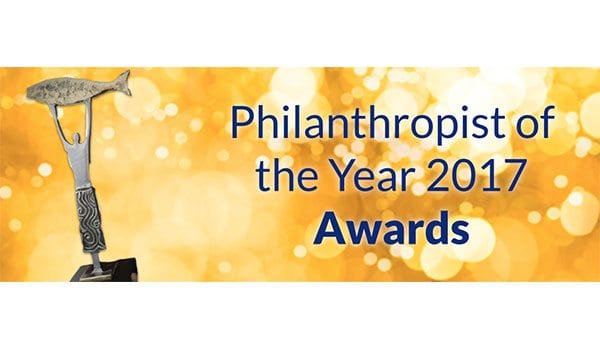