Sage has created a chatbot for this year’s Invictus Games Sydney 2018, to help and engage the event’s supporters and competitors.
The chatbot, called ‘Cobber’ after the games mascot, and was created with the help of Kriti Sharma, VP of Artificial Intelligence at Sage, to help make the event easier for supporters and competitors to engage with and enjoy the Games.
Cobber will engage the Invictus Games Sydney 2018 community digitally, 24/7 during the event, and can assist with FAQs, event times and ticketing, all with the addition of some quirky humour. 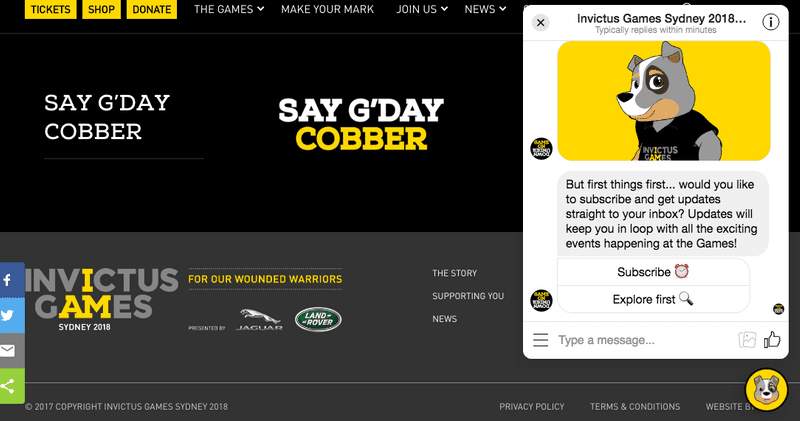 Sage is a Premier Partner of Invictus Games Sydney 2018, which take place from 20-27 October. The company has also provided financial support and intellectual capital to help develop the chatbot.
Kriti Sharma, VP of Artificial Intelligence at Sage, said:

“Sage developed the world’s first accounting Chatbot called PEGG. We used many of the learnings to help bring Cobber’s personality to life. Like PEGG, Cobber the Chatbot is designed to handle repetitive tasks with a quirky sense of humour. Cobber can quickly reply to large numbers of messages seeking answers to commonly asked questions on topics such as event times and ticketing. This means the Invictus Games Sydney 2018 will have more time to support the competitors and their supporters and put on the event they deserve.”