New research from nfpSynergy on what charities think about raising funds from grant-making trusts shows unrestricted funds are valued twice as much as those that are restricted, with charities willing to trade restricted grants for smaller unrestricted funds than they were five years ago.
In fact, when asked by nfpSynergy how much they would trade restricted grants of £1 million, £100k and £10k for, the average responses were £460k, £55k and £7k.  Smaller charities valued unrestricted income even more. The larger the grant and the smaller the charity, the more they said they would trade the grant size down for unrestricted funding. Those with a turnover of £500k or less said they traded down £1 million to a grant of £300k or smaller half of the time (49% of respondents), whereas those with an income of more than £50 million traded it down to £300K only 10% of the time.
The research also shows that charities are trading down more than they were in 2012. When nfpSynergy asked the same question for the £1 million and £100k grant in 2012, the average trade down grant size for £1 million that organisations would accept was 63% of that amount, compared to 46% in 2017, while for £100k it was 70%, compared to 55% in 2017. 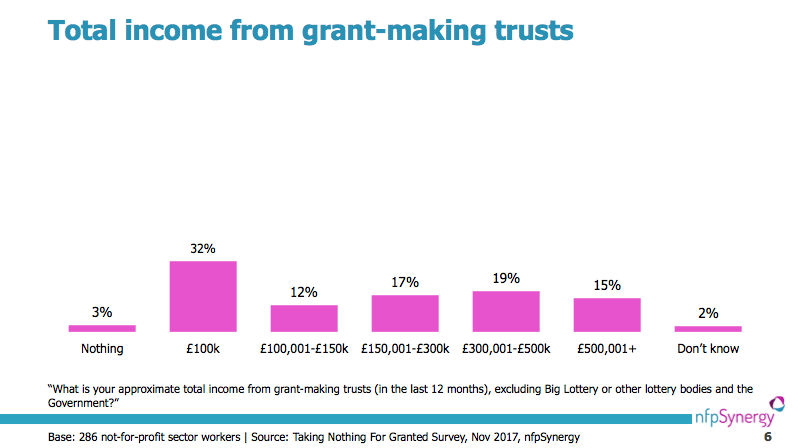 What charities think about grant-makers and the funding process

When asked how well grant-makers performed in a range of categories: best information, best application process, right level of monitoring, understanding the organisation, best relationships, and best at responding to need, Big Lottery Fund and Garfield Weston Foundation scored highly at joint first or second in four out of those six categories.
However, overall, 69% strongly agreed with the statement: ‘I would like grant-makers to provide more funds that were unrestricted or grants for core costs, and 68% strongly agreed with the statement: ‘I would like grant-makers to give better feedback on applications”.
Charities also said they would like shorter periods between applications, easier reporting, and to be able to submit multiple applications for different projects at the same time, 39% said that reporting back was quite difficult, and when asked what the ideal time was between grant applications, 50% said 12 months, 22% six months and 9% no gap at all. 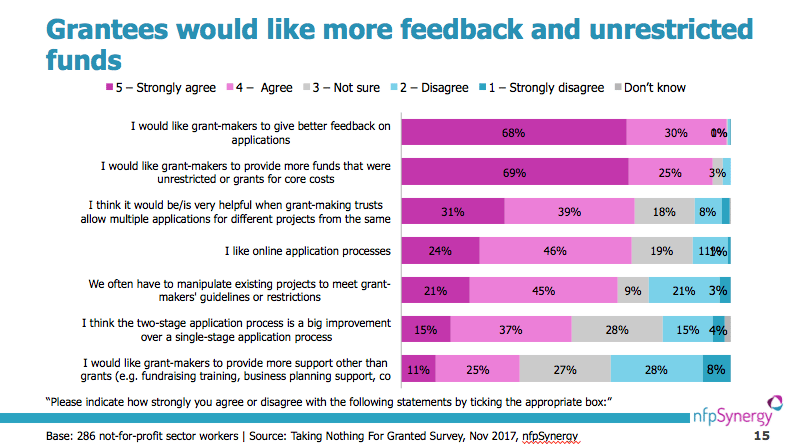 nfpSynergy questioned just under 300 grant-making fundraisers in Autumn 2017. The sample size was smaller in 2017 than 2012 by about 100 and the sample make up has changed to hold a higher percentage of small organisations, with those under a £500k turnover in 2017’s survey rising from roughly 30% to 40%. 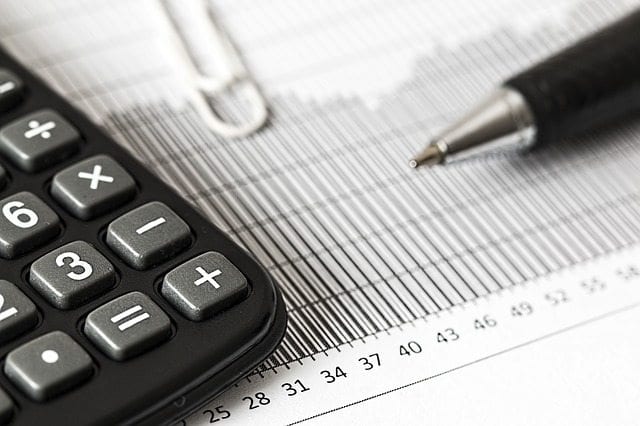 £3bn given by UK grant-making trusts a year but communication an issue, says nfpSynergy report 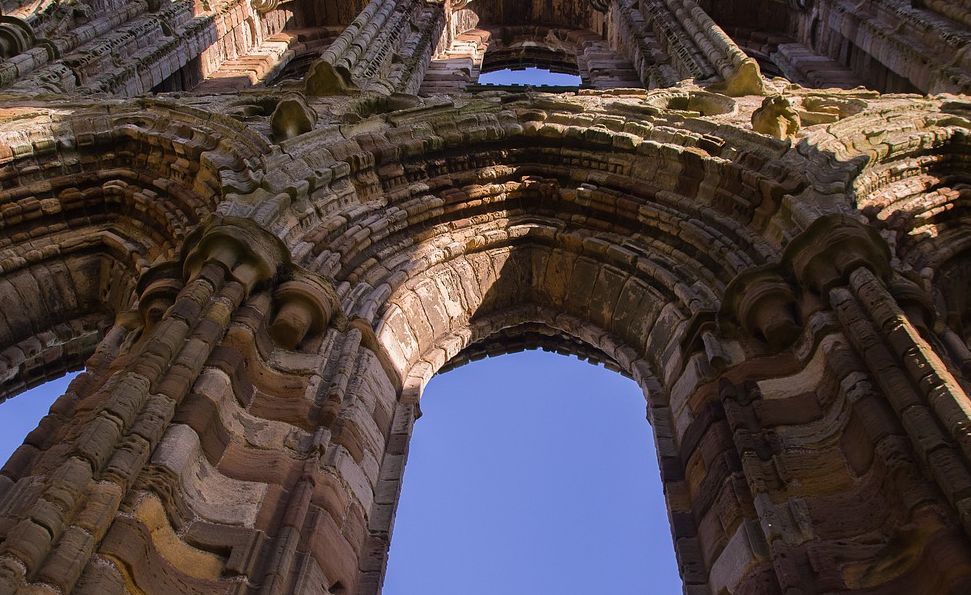 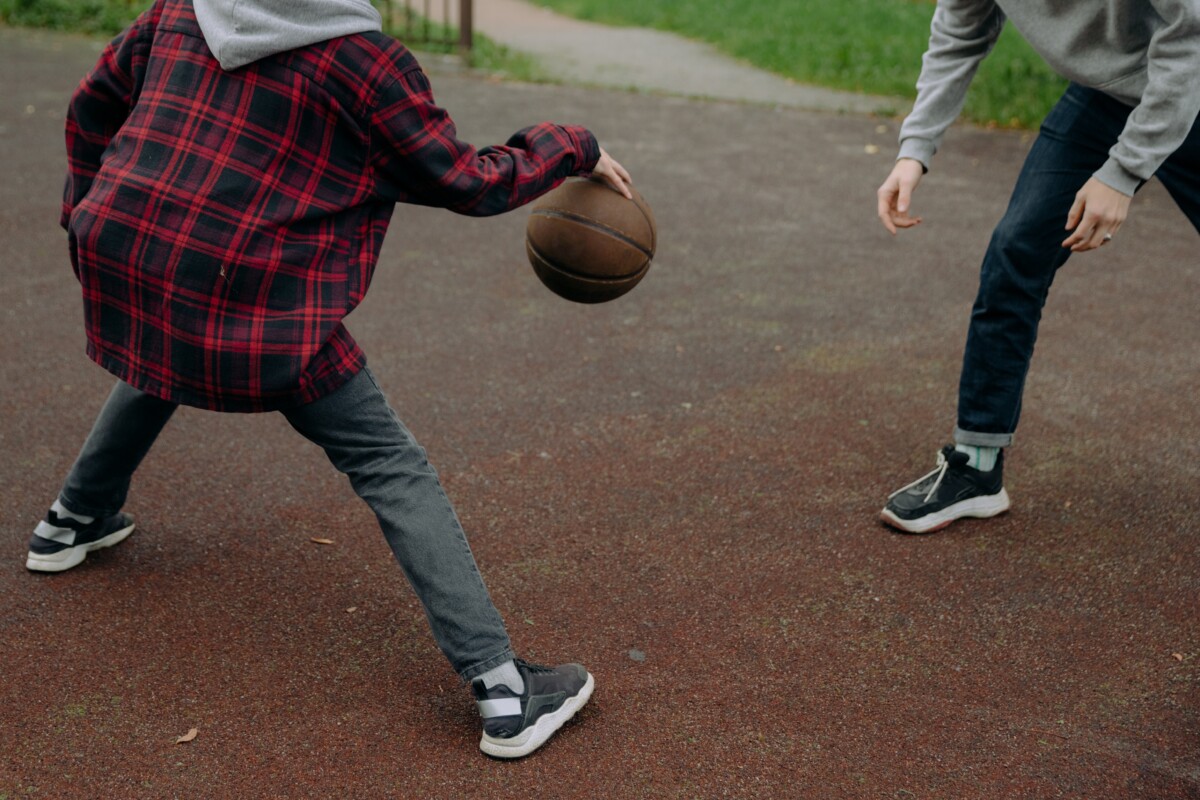