Here are some of the stats for the 2017 Virgin Money London Marathon.

Thank you SO much to the 230 runners who are raising £450,000 for Shelter from today's #LondonMarathon. Enjoy your rest – you've earned it! pic.twitter.com/xJTARkfq8k

Our 54 #rhinorunners have now set off! Look out for our 14 costume-wearing rhino heroes #LondonMarathon pic.twitter.com/0tgO5ASlJY

JustGiving reported that the majority of traffic to its site (84%) at lunchtime on the day of the London Marathon was coming in via mobile devices.

It demonstrated some of the donations coming in:

So many generous people giving to #LondonMarathon runners right now on @JustGiving pic.twitter.com/TRcx4yFfCu

It also reported a peak of 3 donations per second:

#LondonMarathon runners sure are inspiring. SO many people showed their support. At peak yesterday, there were three donations a second ??? pic.twitter.com/ceOQR8YLkh

The total for the Marathon weekend on its site was £4.5m in donations. This includes non-Marathon related donations. £2.3m of this total was given to London Marathon runners’ causes, an 11% increase on last year’s total. 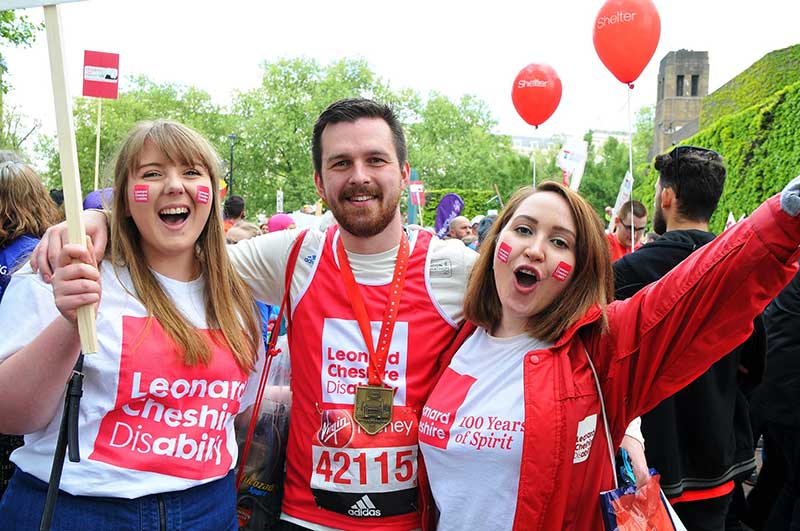 Lorcan O’Mahoney from the Isle of Man ran for Leonard Cheshire Disability in memory of his grandma.

39 Guinness World Records were set in the 2017 London Marathon.

Thirty-nine @GWR were set at the #LondonMarathon on Sunday, more than ever before?https://t.co/qZHqYlnEmk #ReasonToRun pic.twitter.com/1T5L1sb926

The official Virgin Money London Marathon app was downloaded to more than 292,116 devices – that’s more than one in 30 Londoners – with more than 73,000 concurrent users at peak times during the day. The app was ranked number one on the iOS store, as well as being listed as Android’s top free app.
The app featured an in-built tracking system which allowed family, friends and other spectators to locate up to ten of their favourite runners and keep up-to-date with their progress, as well as auto-track elite athletes – both throughout the race and via push notifications of their finish times.

If you missed out on the London Marathon, or have got the bug and want more, there are at least 10 European capitals where you can sign up for a marathon in 2017.

10 European capitals where you can sign up for a marathon in 2017 https://t.co/YilGj64hlH

And of course, the public ballot for the 2018 London Marathon is nearly open again: