WaterAid has five women leading the charity as CEOs in its country offices around the world. Here they share their advice for women and girls on reaching their goals.
There are 3.7 billion women and girls in the world. Currently, seven FTSE 100 companies are led by women. The charity and fundraising sector can’t demonstrate parity either, according to the latest survey by Civil Society Media. Although for the first time there are now 50 women among the top 100 charities’ fundraising directors, the number of female directors at the top 20 charities dropped from 12 in 2015 to just nine this year.
WaterAid’s vision is of a world where everyone has access to safe water and sanitation. Part of its approach is to consider women as essential to driving change. The charity “is proud to invest in women’s leadership – in the community-based groups where it works and in its offices around the world”. Its current campaign, Made of the Same Stuff, echoes that approach.
WaterAid’s CEOs in America, Australia, Canada, Sweden and the UK are all female. Four of them gathered recently in London, and with their fifth colleague, they have shared their advice for women and girls on succeeding and reaching their goals.

“Take some big risks, have a big vision and believe in yourself.”
Barbara Frost, WaterAid UK Chief Executive

“Go out and try and find your passion, it’s when you have that passion and that commitment that you can actually make a difference.”
Cecilia Chatterjee-Martinsen, WaterAid Sweden Chief Executive

“Find a mentor, find someone you believe in, someone you trust who can accompany you on your path.”
Nicole Hurtubise, WaterAid Canada Chief Executive

“I think that we teach young girls to doubt themselves. For some reason, the way that we bring up our girls doesn’t inspire confidence in themselves. So I would say just give it a go – you can do it.”
Rosie Wheen, WaterAid Australia Chief Executive

“Try out new things, it’s ok to fail, but just go out there, say yes, be brave and try out. You will make a change if you really want to.”
Cecilia Chatterjee-Martinsen, WaterAid Sweden Chief Executive 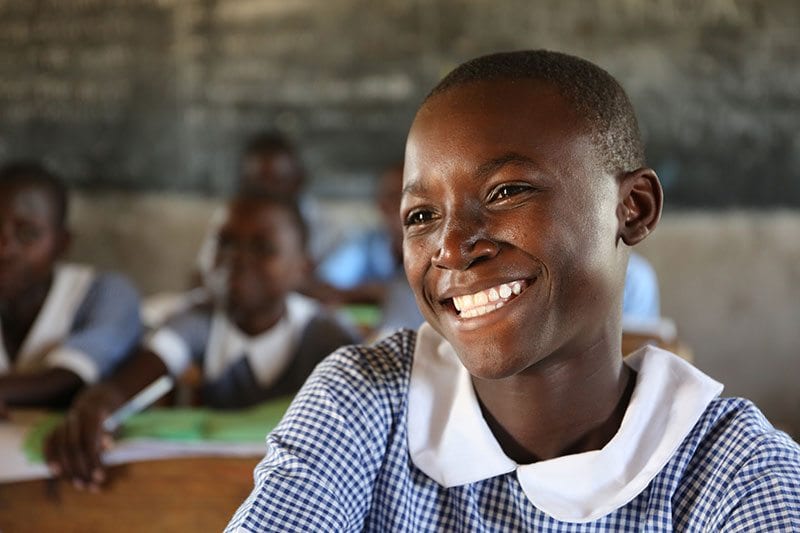 “Really believe in what you’re doing, do a job that plays to your heart, to your values, so that you’ll give it your all.”
Barbara Frost, WaterAid UK Chief Executive

“The sky is not going to fall in if you make a mistake. You will actually learn more from giving it a go and getting yourself out of your comfort zone. What I have really found is 80% of success is just giving it a go.”
Rosie Wheen, WaterAid Australia Chief Executive

“Be kind to yourself, you can’t change the world overnight – you can influence bits of it at a time, but it can’t be done overnight.”
Nicole Hurtubise, WaterAid Canada Chief Executive

“Have courage and resilience. Keep believing in yourself even when it’s tough, even when others don’t believe in you – and even when you don’t believe yourself – just keep at it.”
Sarina Prabasi, WaterAid America Chief Executive 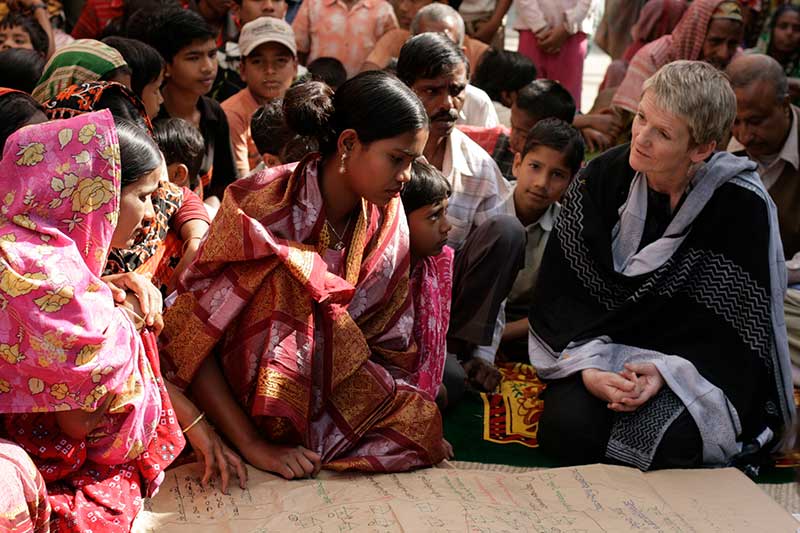 Barbara Frost, WaterAid’s CEO, spent a week in Bangladesh where she met communities who explained how improved water and sanitation had changed their lives for the better. Photo: WaterAid/Abir Abdullah

Barbara Frost has been WaterAid UK’s Chief Executive for 11 years.
When she met up with her fellow CEO’s, she said:

“Despite the current feeling of uncertainty in the world I would encourage young women setting off in their careers to go with where your heart takes you as you will be far more successful if you love what you are doing. Trust your gut instinct, consider your options, take risks but don’t be rash, and above all believe in yourself and be yourself.
“By 2030 I’d like to see a world where all women have access to water and sanitation, equal rights, equal opportunities, and are living healthy lives out of poverty and free to make choices about their part in the world. Essentially we’re all Made of the Same Stuff; we’re all made of around 60% water. All of us on this planet are connected, so let’s ensure we all play our part and reach our potential, because together we can make history”.