Lloyds Banking Group is to support Mental Health UK in a two year partnership to create a pioneering Mental Health and Money Advice Service and to raise £2m.
Mental Health UK is a new network of four charities – Rethink Mental Illness (in England), Hafal (in Wales), Mindwise (in Northern Ireland) and Support in Mind Scotland.
The corporate partnership will promote awareness of the link between mental health and money problems, and encourage discussion between customers and colleagues around this issue. In addition the Group has committed to raise at least £2 million per year in offices and branches across the UK.
It is part of Lloyds Banking Group’s wider ambition to “help Britain prosper through tackling social and economic issues”.

The two-year charity partnership is the product of a staff vote. In October 2016 62% of Group staff voted to support mental health as the Group’s new charity theme throughout 2017 and 2018.
Lloyds Banking Group’s previous Charity of the Year was BBC Children in Need. Its staff and customers raised £12.5 million for them, which it says was the most raised by a corporate partner in a two year period for the charity.

The Mental Health and Money Advice Service that will be developed from this partnership will offer support for people experiencing both mental health and financial difficulties.
One in four people are affected by poor mental health and, of these, around four million will also struggle with their financial wellbeing.
Brian Dow, Director of External Affairs at Rethink Mental Illness said that he was excited about what the partnership could achieve. He said:

The four independent Lloyds charitable foundations, which the Group has supported, are currently funding 148 local charities who are supporting individuals to improve their mental health and move on with their lives. 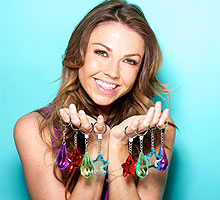 London Book Fair invites applications for Charity of the Year