Nokia has partnered with Bitwalking, the ‘walking dollars’ app, to launch its first charity fundraising event, following the announcement last week of the Bitwalking Events Platform.
The app, announced on UK Fundraising in November 2015, allows anyone to generate money in the form of its digital currency ‘Walking Dollars’ or ‘W$’ simply by walking. The income can be used to buy consumer items or donated to charity.
The new platform will debut during the Futurecom conference where the amount generated by people’s steps will be converted into US dollars and used by Nokia for an educational project in Latin America.
Users across Latin America will be able to opt in for the four-day walking event directly from the Bitwalking app.
https://twitter.com/bitwalking/status/785476820703514624

Bitwalking describes its service as a “digital currency mining platform”. Users of cryptocurrencies like Bitcoin are said to ‘mine’ the digital coins by “adding transaction records to Bitcoin’s public ledger of past transactions”, according to the Bitcoin Wiki. They do this through setting their computers to solve mathematical problems, in return for which they earn digital coins, or parts of them.
The mining process was designed to work almost on any Android phone.
https://twitter.com/bitwalking/status/764883371877163008
Nissan Bahar, CEO of Bitwalking, said:

“This vote of confidence from Nokia is an important step in realising Bitwalking’s vision and plan… The new Bitwalking events platform drives user engagement and action for social good”.

The Nokia Futurecom event is the first in a series of major events in all three southern continents. Bitwalking too will be rolling out its programme across major cities and is announcing other company and local government partners.
At the heart of the platform is the notion that “a step is worth the same value for everyone — no matter who you are, or where you are”.
Dimitri Diliani, Head of Nokia for Latin America, explained his company’s involvement:

“Our sustainability vision is to invent, design, and deploy technologies that make a real difference to people’s lives and take responsibility for the impact we can make in the world. Through this initiative, we will be able to change the lives of hundreds of children just by combining technology and a daily activity for a cause.” 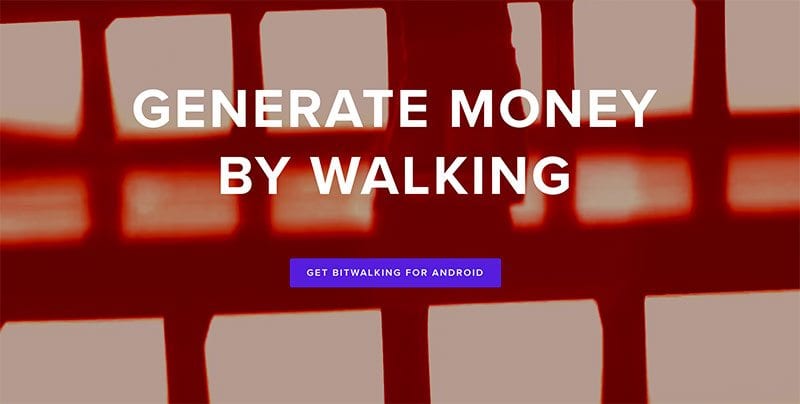 Fundraising: as easy as putting one foot in front of the other?

In a blog post this week, Bitwalking Begins, Nissan, Franky and “Team Bitwalking” laid out their plans:


“We will deploy the Bitwalking network in steps. We start with the initial ‘Mining Phase’ which we launch today. With this we are building the value, the community, and the network to sustain the Bitwalking currency. Soon after, more currency features will be available to all”.

The platform will also be available on other devices too.