GivePenny is a new digital fundraising platform designed to make the most of activity-based sponsored fundraising activities and events. Its founders want to include the training milestones that are often involved in order to help inspire more donations.
GivePenny lets people set up fundraising campaigns based on sport, fitness or lifestyle challenges. As well as allowing people to make one-off donations to a campaign, the platform also enables people to pledge to donate based on milestones in the challenge, such as the number of miles run or the number of days spent in training for the event. The pledges are designed to spur the fundraiser on, and to generate a larger sum by the end.
To make this work, GivePenny links fundraising campaigns to fitness tracker apps and tools including Runkeeper, Fitbit and Facebook. 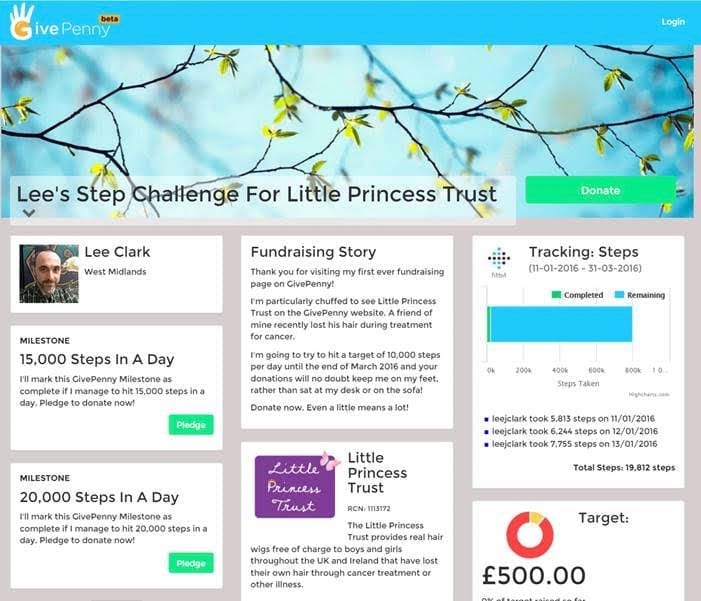 GivePenny has been created by Lee Clark, who came up with the idea while fundraising for Prostate Cancer UK in 2013. He had trained hard during the Winter to take part in an organised cycle event and raised £200 for the charity, but was then prevented from taking part when he fell ill just before the event.
“I felt really guilty that I couldn’t go through with the ride”, he says, “having raised so much for a great cause”.

“I asked myself why it wasn’t possible to align fundraising with the hundreds of miles of actual riding I did during training. I had tracked all of those miles using an app and I had lots of apps tracking lots of things about my lifestyle”.

Both charities and individuals can set up fundraising campaigns on the platform, which is mobile responsive of course, so looks good on any device.

How much does GivePenny charge?

GivePenny charges charity members a 5% transaction fee on each donation and an annual membership fee of £120. Transactions are handled by PayPal and GoCardless.
On its about us page it gives the examples of a £10 donation which generates a net total for the charity (including the Gift Aid reclaim) of £11.33 by PayPal and £11.77 by GoCardless.
GivePenny launched at the beginning of this month with a small group of charities using it. Clark now plans to expand that number. 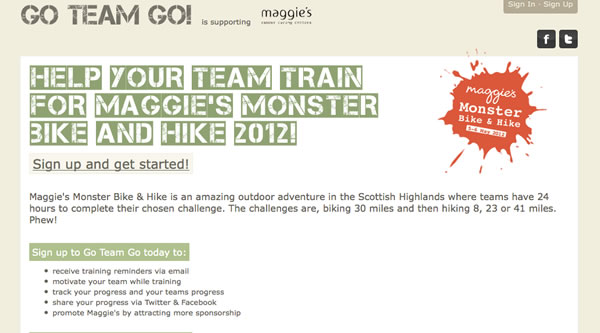 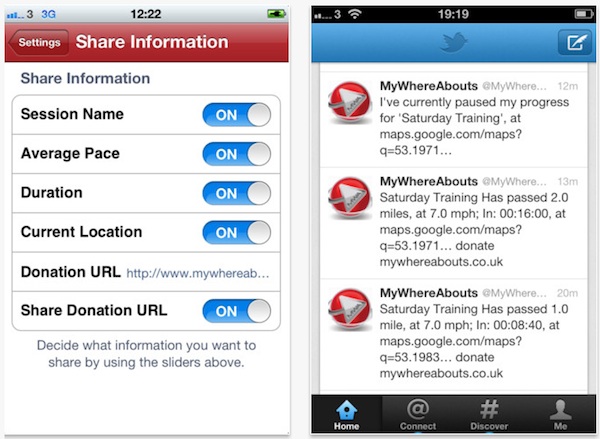