Small, local charities are struggling amid cuts and the unabated shift to contract culture. 20% of small charities report serious concerns about closure. Staff turnover in the sector is rapid, mainly as a result of small charities only having the capacity to offer short-term contracts.
Moreover, many small charities have been forced to make substantial changes to their services in order to match the funding conditions set by local authorities and other contract providers – often steering them away from their core mission.
In order to preserve the independence and uniqueness of the UK’s small charity sector, it is essential that sustainable, less conditional sources of funding are found.

The power of individual donations

One solution to this lies in harnessing the power of individual donations. At present small charities and community groups receive a disproportionately small amount of donations from the general public. However, this disparity is by no means inevitable.
There is mounting evidence that the general public’s perception of small, local charities is actually far more positive than that of their bigger counterparts. A 2013 study by Borgloha et al found that, given the choice between donating to (otherwise equal) large or small charities the vast majority of people (73% -27%) chose to donate to small charities. Another recent study by Hall et al has shown that the public are often much more receptive to calls for donations from “local” charities than national or international charities.
How then can local, small charities convert this positive perception into donations?
For resource reasons few small, local charities are able to compete directly with larger charities. However, this may not be such a bad thing. Most smaller charities target a far more specific cause or demographic. As a result, mass marketing techniques – such as those used by larger charities to appeal to vast swathes of the population – are unlikely to be the most effective way to generate support.

Big is not necessarily better

The key to developing a successful fundraising and marketing strategy for smaller charities is not to imitate the strategies of large charities, but to recognise and highlight their unique strengths – to make a big deal of being small.
This does not necessarily mean littering marketing materials with references to size (although direct references to size should not be discounted given the public’s positive attitude to small charities). What this means is thinking carefully about what people like about small or local charities and really emphasising these points.
Of course, each charity or community group has its own unique strengths, but there are also certain characteristics that are common throughout the sector and are generally seen as positive attributes. These include:
● Flexibility – Small charities often have the ability to react spontaneously to changing circumstances and arising needs. Small organisations are usually far less bureaucratic and operate on the ground, making a difference quicker.
● Specific knowledge of local areas and needs – Small, local charities often have an acute understanding of the facilities and dynamics of an area. This enables them to provide tailored services that directly deal with local issues.
● Close ties with communities – Small charities are often naturally embedded into their communities, making it easier for them to develop close bonds with local people. For example, staff members, volunteers and beneficiaries frequently have community bonds outside of the organisation and small charities are generally perceived to be more approachable. This is advantageous in a number of ways:

– Community networks and connections give charities numerous opportunities for promotion, volunteer recruitment and fundraising. These can be used to engage local groups, clubs, schools and individuals in the cause and ultimately convert them into fundraisers and/or donors.

– A core motivation for people to donate to small, local charities is the opportunity to contribute to (and improve) the community they live or grew up in.

● Close bonds with donors – Donors are more likely to support charities with whom they share strong psychological connections. Big charities (and companies) spend large amounts of money on personalising their marketing materials to induce feelings of involvement among donors and potential donors. Small, local charities often have a unique advantage in this area. Local charities particularly benefit from this due to their shared experiences and associations with potential local donors. However, small charities with a less local focus may also benefit through building similar personal, even face-to-face connections with people interested in their cause.
● Donations to small charities proportionally make a bigger difference than those given to a large charity. i.e. the same donation given to a large charity will have a smaller overall impact on the charity’s service provision than if it were given to a small charity.
Emphasising this difference can strengthen donor relationships, particularly if charities are able to show supporters how their money has been spent and the impact it has had.
As well as looking at their own attributes, small charities should also consider why the public’s perception of larger charities is less positive. Reasons often cited include: guilt based fundraising, bad experiences of street fundraisers, cold calling and the headline figures about overheads and wages. Small charities that are considering borrowing ideas and strategies from larger charities must be careful to avoid these pitfalls.
The key to survival for many small charities is to successfully diversify their funding sources without losing the essence of what they do and why they are unique. As technology becomes more and more accessible, even the smallest groups now have the opportunity to venture into new areas – such as online fundraising and digital marketing – that have previously been the preserve of larger charities. By making use of these new tools and technologies and simultaneously playing to their individual strengths – be they flexibility, community links or even size itself – small charities can maximise the impact of their messaging, grow their supporter base and start to generate more donations to help fund their future work. Now that really is a big deal.

Lewis Garland is Communications Executive at Localgiving, a membership organisation for local charities and community groups in the UK. He has worked extensively in research and project management with grassroots organisations both in the UK and South Asia.

Change We Need to We Need Change?

Getting charity shops on Foursquare 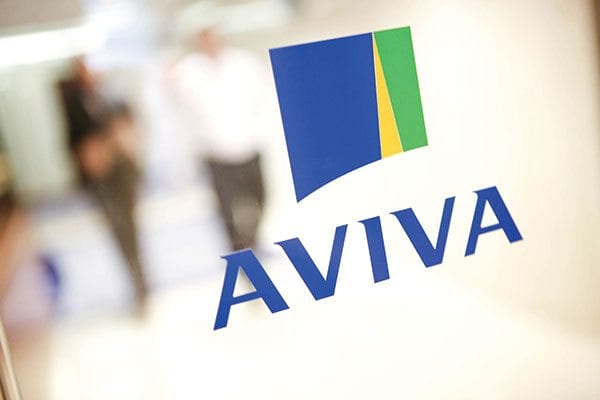 20 ways people are fundraising to support the people of Ukraine